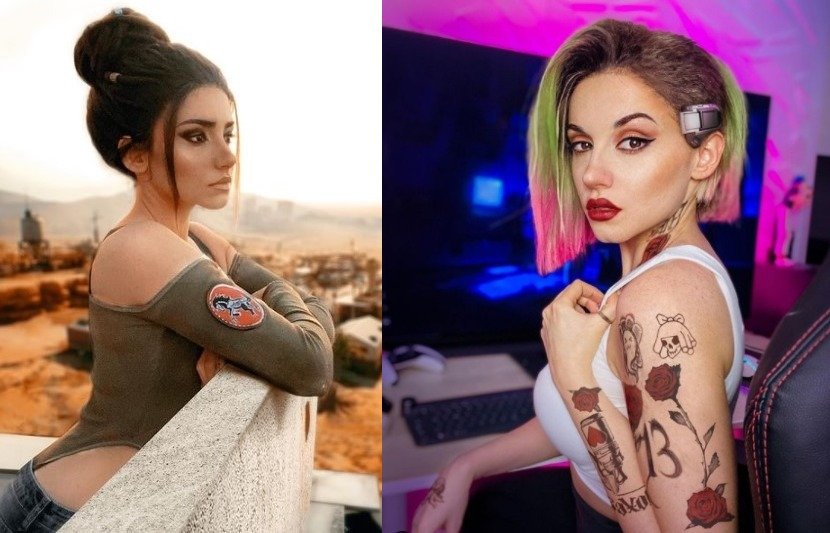 Cyberpunk 2077 had been the game on everyone’s lips since its release last September but the initial excitement for the title almost immediately died down amidst reports of bugs and crashes.

Thankfully, we have some fantastic cosplay to show you to lighten up the mood.

Despite its rocky launch, Cyberpunk 2077 still managed to sell over 13 million copies and that number could increase with further fixtures. Not to be put off by any negativity the game has received, ezysummerscosplay flaunts her incredible cosplay of both of Cyberpunk‘s Judy Alvarez and Panam Palmer.

Tereza Toskova from Sofia, Bulgaria – otherwise known as Ezy – is a 2D and 3D freelance artist. But as you can see from the pictures, Ezy’s talents don’t stop at creating art.

Her previous cosplaying adventures saw her take on the Scarlet Witch from WandaVision, Lady Dimitrescu from Resident Evil Village and Tifa from Final Fantasy 7.

Ezy pulls out all the stops when it comes to mimicking the NPC detailing Judy’s trademark rainbow-coloured hairstyle down to a tee as well as covering almost every inch in vibrant tattoos.

Although Ezy admits that they are indeed digital tattoos, but who cares when your entire outfit looks this cool?

Not satisfied with one Cyberpunk cosplay, Ezy comes in with her Panam cosplay too that look like they are done by two totally different people. If you look below at the side by side comparison of Ezy’s Panam cosplay and the actual character from the game, it’s incredible how well she copied her style perfectly.

To see more Ezy cosplay and art, check out her Instagram and Deviant art pages.

For all the information surrounding Cyberpunk 2077‘s DLC and current patch notes, make sure you check out this article on its DLC and this one on patch notes to stay up to date.