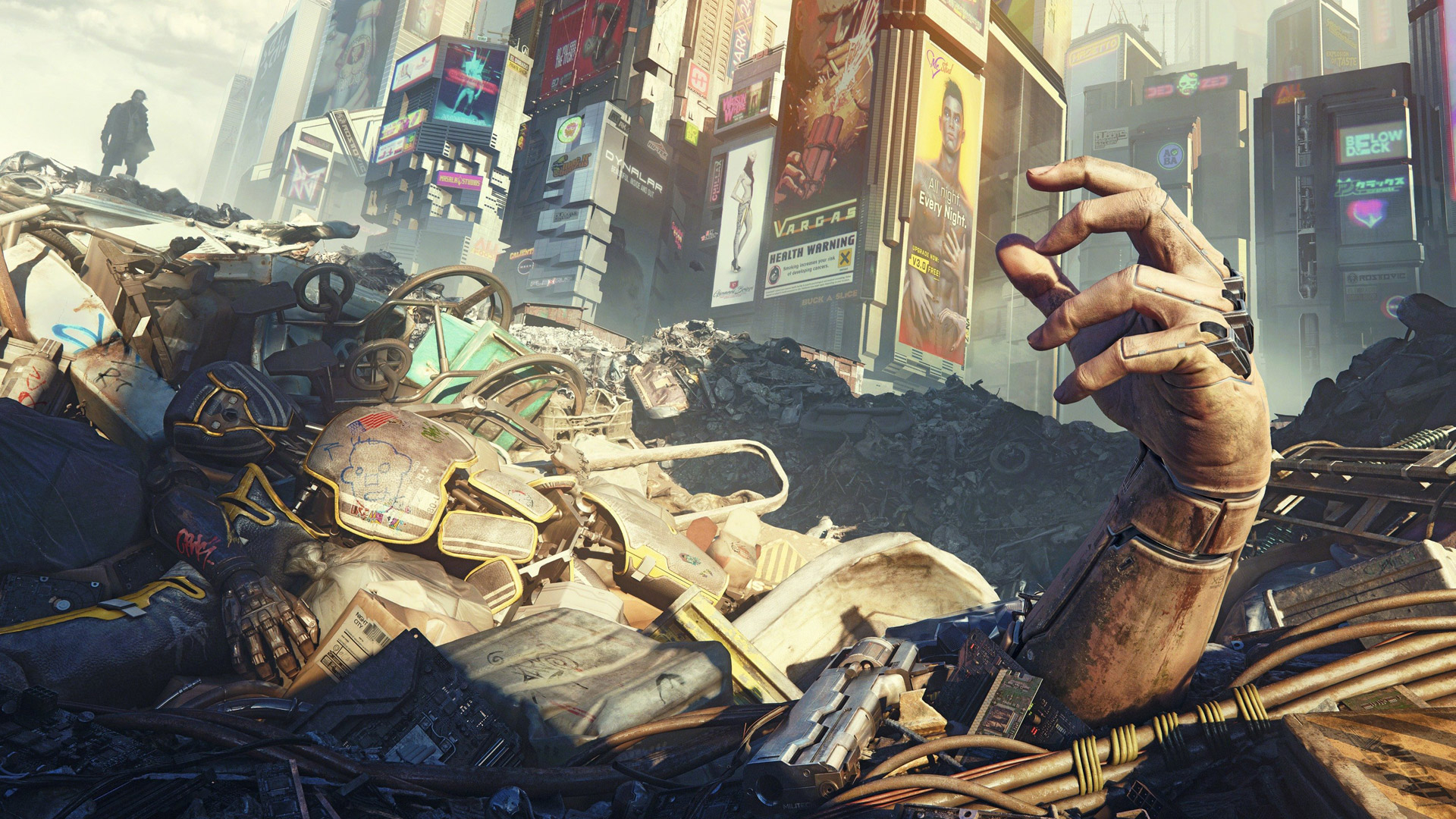 Adam Badowski, the head of studio CD Projekt Red, has put out an official statement against the recent report written by Jason Schreier
from Bloomberg. The report itself detailed the various development issues Cyberpunk 2077 has faced over the past years, with details provided by former and current employees who remained anonymous.

Judging from Badowski’s response, however, he’s taken issue with several of the points brought up in said report. The studio head responded to a few of them in a long response posted on his personal Twitter account:

I’ve read your piece and tweets, thank you for the read. I have some thoughts. https://t.co/T3qACdrnwM pic.twitter.com/wuzy5lXoqQ

Here’s the screenshot up close: 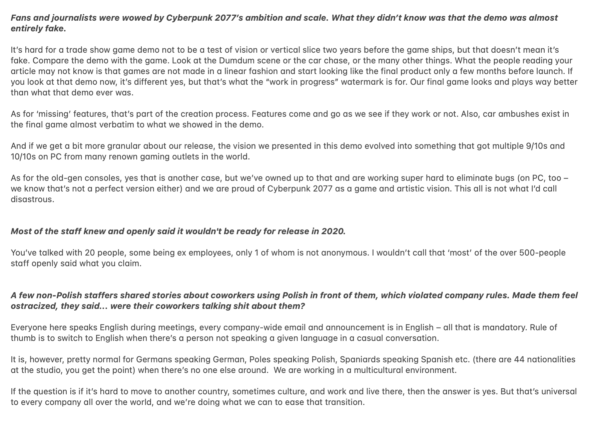 Badowski first addressed the claim that the E3 2018 trailer and demo was faked by stating that a finished project having significant changes compared to earlier versions is commonplace, and is covered by the “work in progress” watermark but that the finished game looks and plays far better than that demo. He also stated that many of the promised features made it into the game anyway and that he’s proud of Cyberpunk 2077 as their artistic vision.

He then moved on to cast doubt on the claim of Cyberpunk 2077 not being ready for release in 2020 by rebutting that speaking to 20 people was not enough to gain a full picture of the situation, especially out of 500+ employees. Finally he extrapolated on the company policy by stated that only mandated staffers were required to speak English during meetings, company wide emails, and announcements. But that other languages could be spoken elsewhere and during non business related matters.

The report referenced in this rebuttal followed the public apology made by one of CD Projekt Red’s co-founders, Marcin Iwiński, on Twitter last week. The studio is currently facing two possible lawsuits: the New York Times reported that the studio behind Cyberpunk 2077 could be facing a lawsuit from a regulatory filing from Warsaw, Poland. Now according to Kotaku, another lawsuit is brewing against CD Projekt Red — this one originating from the US.