It’s late at night, and your friend is missing, you go out to look, but there isn’t a living soul to be seen. You are entirely alone, but you sense that someone or something is following. Still, you press on with only the idea of your lost friend in sight. Suddenly an enormous spirit can be seen approaching you from the darkness ahead. There’s nowhere to run. You are frozen. The spirit opens its mouth and you are met with a terrible death.

“A fair warning would be, you will die… a lot”

Yomawari: Midnight Shadows begins with one of the most shocking openers I have played in awhile. The game takes minutes to walk you through the necessary controls and teach you how the game’s mechanics work, which I couldn’t be more thankful for. Following these events, main protagonists Yui and Haru, two young girls, attend a fireworks show in the woods. On their way back home they become separated, and the player will periodically play as each of them throughout the game until they reunite.

This premise is safe and actually wouldn’t be as difficult of a mission if there weren’t terrifying spirits roaming around town. Armed with a flashlight, Haru sets out in search of Yui only to come into contact with a variety of these evil spirits that want her dead. A fair warning would be, you will die…a lot. Contact with any spirit will resort in a death followed by a revive at the player’s most recent save point.

“Every step I took into the town caused me anxiety…”

The atmosphere in the town of Yomawari: Midnight Shadows is where this game truly shines. The adorably designed characters visually clash in the best ways while the move around against the creepy houses and empty roads. Every step I took into the town caused me anxiety just thinking about what could be lurking up ahead.

Although exploration is rewarded in the game, there were times when I couldn’t seem to convince myself to take that second path which would most likely lead to a collectible item. These items range from various objects, but there are also notes to be found that contain helpful clues. However, as I said, there were a few moments when I faced a dark alley and whispered, “Nope” to myself as I went towards the main destination instead. 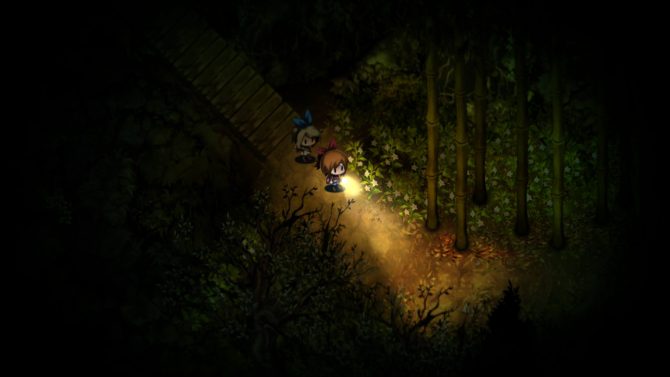 Spirits are everywhere and will cause the most detours to Haru and Yui’s quest. These two aren’t some overpowered protagonist with an array of gadgets at their disposal, but they still have a few tricks up their sleeves. Found throughout the town are rocks, paper airplanes and other little disposable items that could potentially distract spirits long enough to get away. I used these items a couple of times, but I can tell you that running away and hiding behind a bush proved to be most effective when getting away from the spirits.

Additionally, specific items can be equipped to a character to boost a particular stat. This includes buffs like extra stamina and the ability to hold additional items. I liked this little bit of character customization as it gave me an edge over the spirits and allowed me to personalize Haru and Yui to the way that I wanted to play through the game. Also, I couldn’t find an all-powerful item that made the game too easy or anything of that sort. 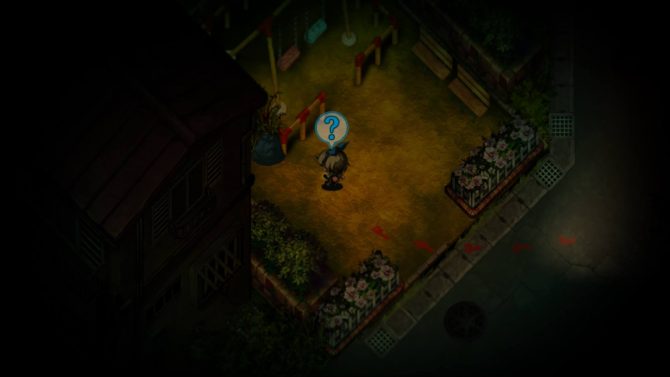 In Yomawari: Midnight Shadows players can now enter certain buildings. This is new to the series and puts the player a much more condensed area, which makes escape all the more difficult. There’s nothing quite like running through the halls of a dark library being chased by screaming spirits that hate loud noises. Sadly, I wish that Midnight Shadows took this a step further and allowed for more explorable houses and shops. There are some exciting areas around town that I would have liked to be able to enter, but walking up to the doors end up doing nothing.

Although the jump scares affected me from the beginning to the end of Yomawari: Midnight Shadows there were a few spirits that lost their scare factor after the first couple of interactions. The most annoying spirit is one that screams as it drops on you and kills you before you can react. Usually, the only way I could avoid this death was to know that the scream is coming. This isn’t something that happens often, but it’s good to understand that there is a bit of trial and error when it comes to getting by some of the spirits and even getting passed a particular puzzle. I wouldn’t say Yomawari: Midnight Shadows is too difficult, but it has it’s moments of frustration where I couldn’t figure out how to get passed a portion of the game because of spirit blocking the way. 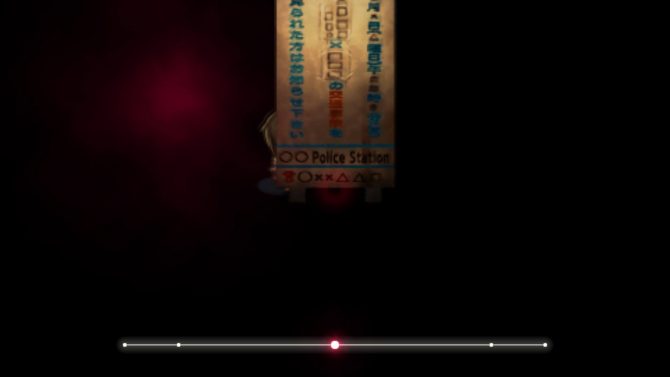 The sound accompanies the design and mood of Yomawari: Midnight Shadows, which makes it that much more crucial that you wear headphones while playing the game. I couldn’t tell you how many times I jumped or had to pause the game for a bit to find my courage. When a spirit approaches, the character’s heartbeat begins to quicken until you either escape or die. I believe that all the systems were put in place to make the player afraid and it works.

Yomawari: Midnight Shadows’ story contains many twists and partially answered questions, which motivated me to beat the game. Aside from being scary as hell, Yomawari: Midnight Shadows is fun and has some clever puzzles involving dodging spirits or getting through an area. Within the first few hours of the story, I believed I had an excellent grasped on where it was going, but it ended up being way bigger than I imagined. 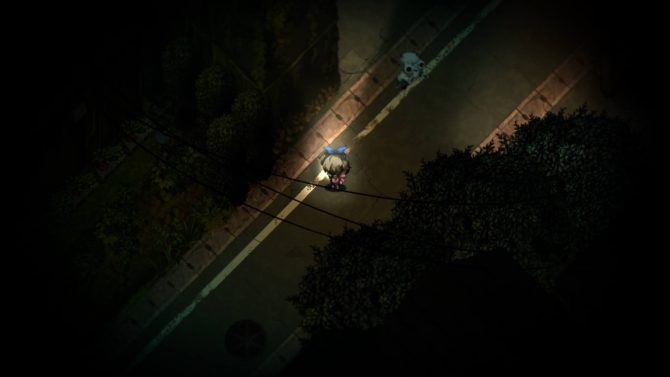 “Yomawari: Midnight Shadows has everything a horror game needs”

Yomawari: Midnight Shadows sets a modest pace for the game from the second it’s turned on as it asks the player to promise to not look away from the screen while they are playing. This ends up being crucial because many of the scares require full attention and an investment in the characters and story. Haru and Yui are a welcomed duo to the Yomarwari series and if you don’t mind the trial and error of some of the spirits than this will be the horror game that your 2017 needs.

Yomawari: Midnight Shadows has everything a horror game needs, engaging story and characters, creepy town, and scary spirits. Most importantly, it shows a significant improvement over what the previous entry in the series offered. Sadly, the game lacks more explorable areas and also a more extensive variety of enemies, who end up overstaying their welcome in the later parts of the game. With that said, Yomawari: Midnight Shadows caused me to scream out of fear multiple times and, at the same time, kept me excited for whatever was coming next.