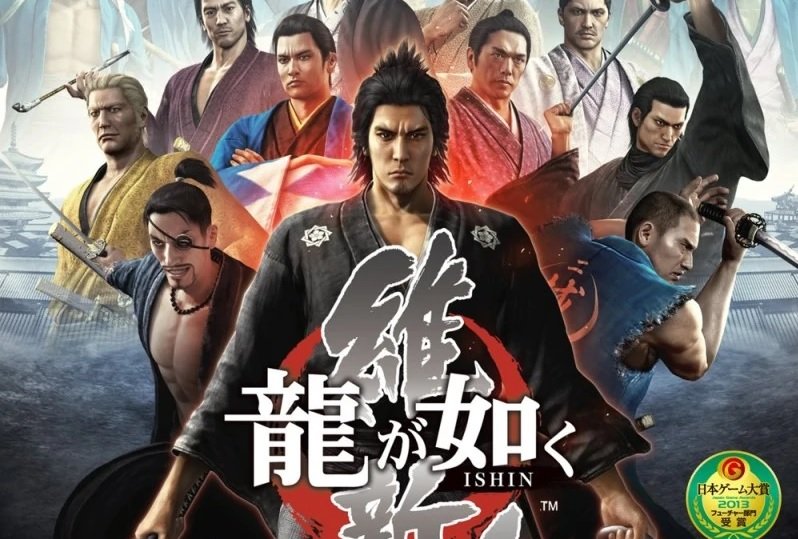 It looks like Yakuza Kenzan and Ishin could get a localization in the future, but in the form of a new remake.

In an interview published by our German peers at JPGames, and translated in English by Tojodojo, Daisuke Saito hinted it’s possible Yakuza Kenzan and Ishin could gt a localization, and a remake.

Daisuke Sato, one of the producers of the Yakuza series, said he’d definitely love to see both titles localized.  However, since the games are technically PS3 gmes now, they’d go the remake route instead, which would require additional work, and make it a difficult decision.

February 22, 2021 marked the 7th anniversary of Ryu Ga Gotoky Ishin, so it definitely was a good occasion to bring up the game.

You can find the excerpt of the interview translated by Tojodojo below:

JPGames: Fans still hope that “Ishin” and “Kenzan” will be localised. Under what circumstances would you consider localisation?

Sato: Personally, I would like to see these titles localized so that Western fans can enjoy them. In the past, we prioritized trying to regain a foothold in the west with Yakuza 0. Time quickly flew by without a good time to publish these titles. In my opinion, the action in “Ishin” and “Kenzan” is some of the best in the series. So I would like to localize the titles if there is a chance. However, they are already seven years old. So it would take additional work to produce remakes instead of simple ports. That makes the decision a little more complicated.

Ryu ga Gotoku Kenzan! was the first ever Yakuza game for PS3, released on March 6, 2008, exclusively in Japan. It focuses on legendary samurai and historic feature Miyamoto Musashi, also named Kiryu Kazumanosuke in the game’s story. The game is set in the Edo period.

While not directly a sequel, Ryu ga Gotoku Ishin! is a follow-up to Kenzan, released on PS3 and PS4 on February 2014 in Japan. Ishin features Sakamoto Ryoma of the Shinsengumi, an historical group often romanticized in anime and games. The game is set in the Bakumatsu period, the end of the Edo period.

The Yakuza Remastered Collection is available now (both separately and as a bundle) on Xbox One, Xbox Game Pass, Xbox Game Pass for PC, Windows 10, and Steam!

Continue Kiryu’s journey through Yakuza 3, 4, and 5 in preparation for the Dragon of Dojima’s final chapter. pic.twitter.com/WbyOKZzRXZ

Note that back in December 2020, Sega held a special stream for the 15th anniversary of the Yakuza series, and we covered it all. On it, the series producers most notably spoke about Ryu Ga Gotoko Kenzan and Ishin. They explained why they decided to set both games in the Edo period most notably.

The next game in the Yakuza series is in development. Recently, Sega revealed series creator Toshihiro Nagoshi will also be stepping down from his CCO role.

The latest console game in the Yakuza series, Yakuza: Like A Dragon, is currently available on PC, PS4, Xbox One, and Xbox Series X.  PS5 players will have to wait until March 2nd for their copy of the title.

The post Yakuza Kenzan, Ishin Remake And Localization – Could It Happen? by Iyane Agossah appeared first on DualShockers.

Genshin Impact Lithic Blade – Stats At Max Level, Character Tips
Apex Legends Patch 1.59 February 2021 — Notes To Come
How to Fix: Persona 5 Strikers Trophies Not Showing
Valheim Fuling Totem – How to Find This Item and What Is It Used For?
Final Fantasy XVI Story New Hints – What Did Naoki Yoshida Say?