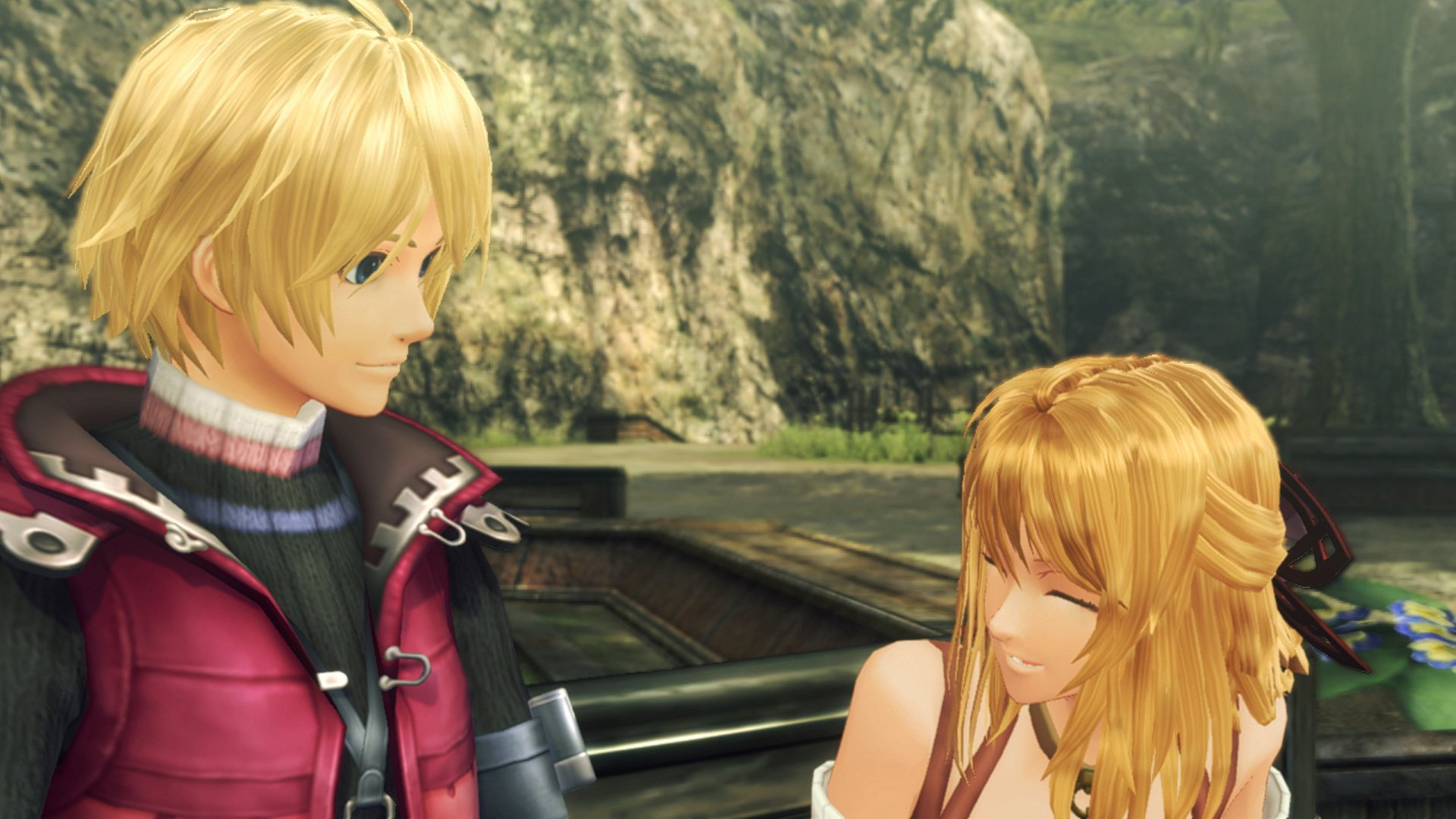 With a week before Xenoblade Chronicles: Definitive Edition‘s release, the official Japanese Twitter account released some new screens and information. First up we have the title screens for both the original game and the “Future Connected” post game content, which even in their simplicity are gorgeous:

The account also revealed that the game also has a new theater mode that let you rewatch cutscenes at any time. You can even pick the conditions for the cutscene to play in as well: time of the day, equipment of the characters, weather, etc. The theater mode it’s an interesting feature to add, especially since you can change the conditions of said scenes:

Recently a seven minute long trailer dropped for the game. The new trailer, which is aptly titled “All About Xenoblade Chronicles: Definitive Edition” gives an overview of the game’s story, world, characters, combat, and the new additions that are being bundled in with this version. As expected, tons of new looks at gameplay and the updated visuals are also seen in this trailer, showing off the game’s beautiful new graphics.

According to a recent interview from Famitsu magazine, Tetsuya Takahashi revealed that the Future Connected epilogue of Xenoblade Chronicles: Definitive Edition will take around 10 to 12 hours to complete. The official Twitter account also revealed new information on the updated mechanics.

There were some updates to the interface, including quality of life changes. For instance the new Affinity Chart (which is the side quest system) not only shows an NPC’s name and what time you could find them like in the old version, but now players can also see their trade and location. Character outfits can also be changed using a feature called Fashion Equipment, which means that players can have characters wear their favorites while still maintaining the stats of your equipment.

Nintendo first announced Xenoblade Chronicles: Definitive Edition for Nintendo Switch during their September 2019 Direct. After several hints at the possible release date for the title, a Nintendo Mini Direct that aired in March revealed the official release date of May 29th.

The original Xenoblade Chronicles released 2010 in Japan and 2012 in North America for Wii, with the 3DS port of the game coming out in 2015.

Outriders First Broadcast Goes In-Depth on Systems and the Trickster
The Witcher 3’s Yennefer Joins the Hunt as a Nendoroid Figure
Toshihiro Nagoshi: “99% of Sega is Currently Working from Home”
Cate Blanchett Will Play Lilith in the Borderlands Movie Adaptation
Samurai Shodown Finally Arrives on PC in Two Weeks