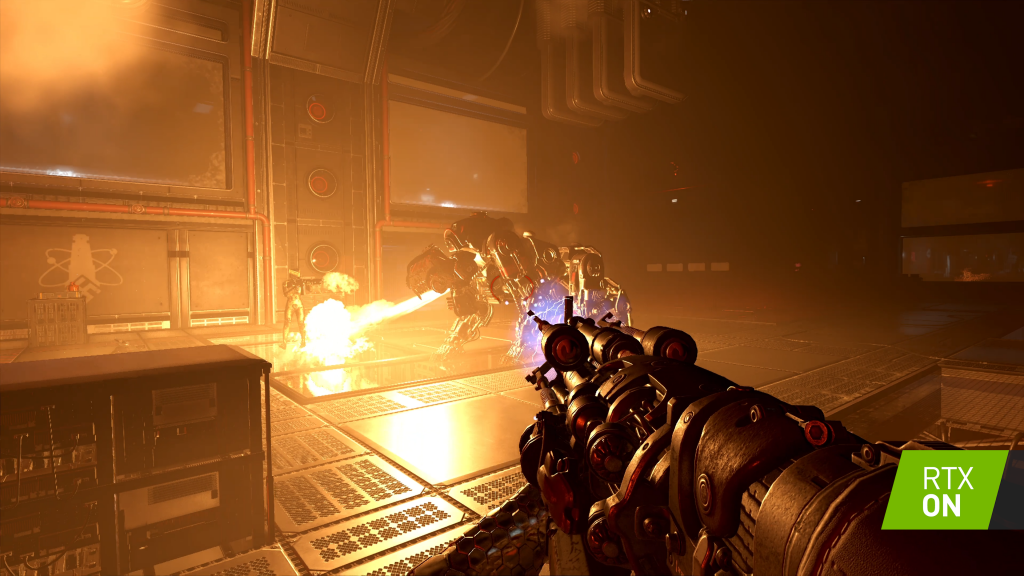 Wolfenstein: Youngblood has finally received an update to support RTX, meaning that the shiny surfaces throughout the game’s world will now realistically reflect anything. Even Nazis I assume.

Bethesda has announced that MachineGames’ spin-off to the Wolfenstein games now has RTX support. The support is only available for those on PC with a rig capable of running NVIDIA ray tracing. The addition means that players now get to experience more realistic reflections at the highest possible quality.

Ray tracing support actually went live last week as detailed in the official NVIDIA blog post. To add to the launch of the update, a trailer showcasing what the game looks like with RTX on went live which you can watch below.

Those wanting to activate RTX need to ensure they have the latest Game Ready Driver, the latest Windows 10 update, and also the latest game patch.

NVIDIA DLSS is also available for the game offering the player a choice between balanced, performance and quality settings. This also aims to bring 60fps to all GeForce RTX gamers with max RTX settings. Higher quality graphic cards that support RTX can offer the player 80fps, with the GeForce 2080 Ti exceeding 100fps at 4k.

If you want to see the difference that DLSS makes to Wolfenstein: Youngblood, a comparison video is available, which you can find below. There are also screenshots and bar graphs available on the official blog post if charts are your jam.

The new update for Wolfenstein: Youngblood also introduces NVIDIA Highlights, a feature that automatically records the players best moments, meaning that all those awesome kills won’t be forgotten, and are easily accessible from their saved locations.

Wolfenstein: Youngblood is available on PC, PS4, Xbox One, Google Stadia, and Nintendo Switch. RTX support is only available for PC users.

The post Wolfenstein: Youngblood for PC Gets RTX Support and NVIDIA Highlights by Ben Bayliss appeared first on DualShockers.