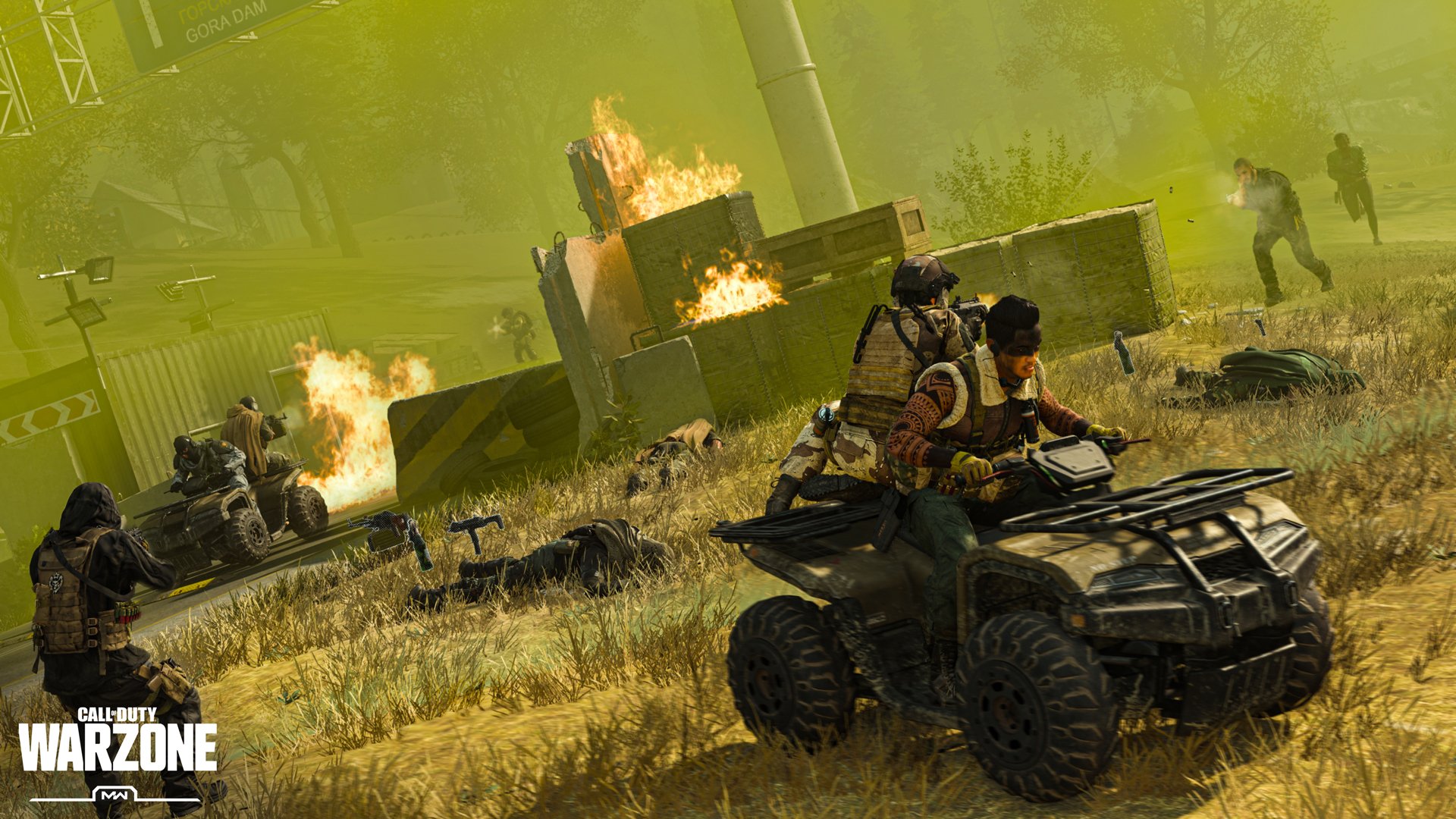 Since the beginning of Call of Duty Black Ops Cold War and Warzone Season 2, the map of Verdansk in Warzone hosts dozens of zombies in a certain area near the port inside a shipwreck. However, a recent teaser trailer from Call of Duty‘s official Twitter and Instagram accounts suggests that Warzone zombies spreading all over the Verdansk in the near future. This is probably the next big thing hitting Call of Duty Warzone.

The teaser actually shows off a news TV channel called BCH4, reporting the outbreak of zombies inside the shipwreck and their spread towards nearby areas. This probably means the number of zombies in the Warzone is going to be increased and players might face them in more locations on the map, rather than the port. It’s yet to be seen how this would affect the whole game, but with the Warzone zombies spreading on the map, the game could turn into a PvEvP, rather than a pure PvP experience in the near future.

Zombies have been sighted exiting the #Warzone Shipwreck.

Our BCH4 reporter Mike Field is live on the scene now to tell us what he knows.

For more on the developing story, keep it locked to BCH4 News.

The presence of zombies probably won’t last too much in Warzone as they are only a representation of the new Outbreak mode that has been added to Call of Duty Black Ops Cold War recently, but it’s fun to see where it all is going to end and how the zombies will be wiped out of Verdansk. As per rumors, Verdansk will apparently be hit by nuclear weapons at some point in the future which could eliminate all the zombies inside the map and probably give a new look to the whole city.

Call of Duty Black Ops Cold War and Warzone are now available on PS4, PS5, Xbox One, Xbox Series X, Xbox Series S, and PC. While the former has been hit by a 25% discount for a limited time on PS4 and PS5, the latter is free to play across all platforms.

The post Warzone Zombies Spreading All Over Verdansk – What’s Next? by Mehrdad Khayyat appeared first on DualShockers.