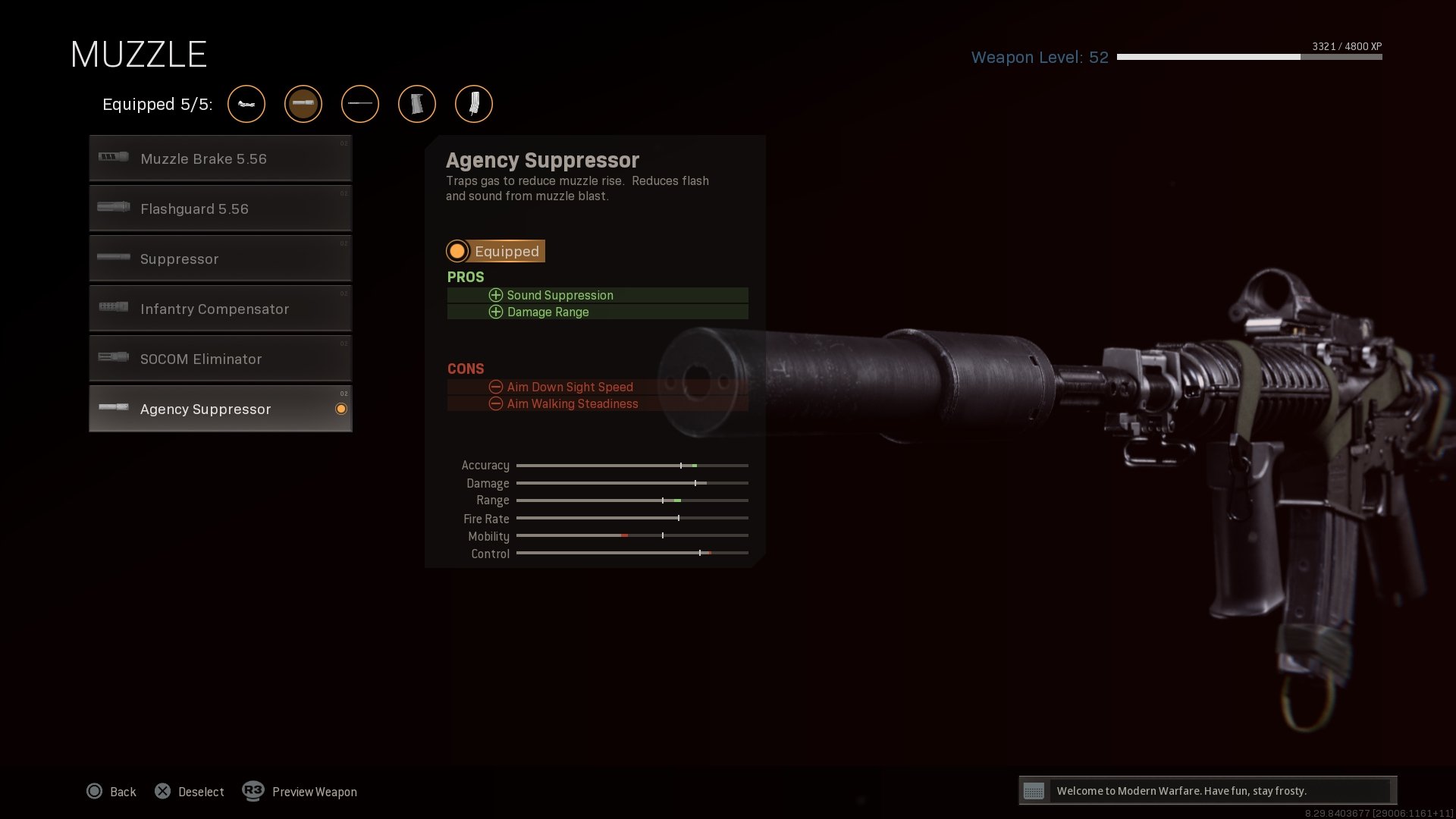 Call of Duty: Warzone and Call of Duty’s: Black Ops Cold War‘s most recent update, the Season 2 update, makes some significant changes to the game. Apart from the newly added weapons, characters, and game modes, we have had some customary nerfs and buffs made to some of the weapons. Quite notable of all was the change to Tactical Rifle Charlie, which has received a buff after the update. The bullet velocity of AUG has been increased, which has improved the weapon even further.

We will be returning the Agency/GRU/Wrapped Suppressors to their former glory in the next hotfix. #Warzone

Until the hotfix is released, the Monolithic Suppressor seems to be the only option for Call of Duty: Warzone players. A drop in the bullet velocity basically means that players will not be able to hit longshots accurately, which can be a bummer for many. It remains to be seen when Raven Software releases the hotfix.

The post Warzone Agency Suppressor Nerf to be reverted in next Hotfix by Md Armughanuddin appeared first on DualShockers.