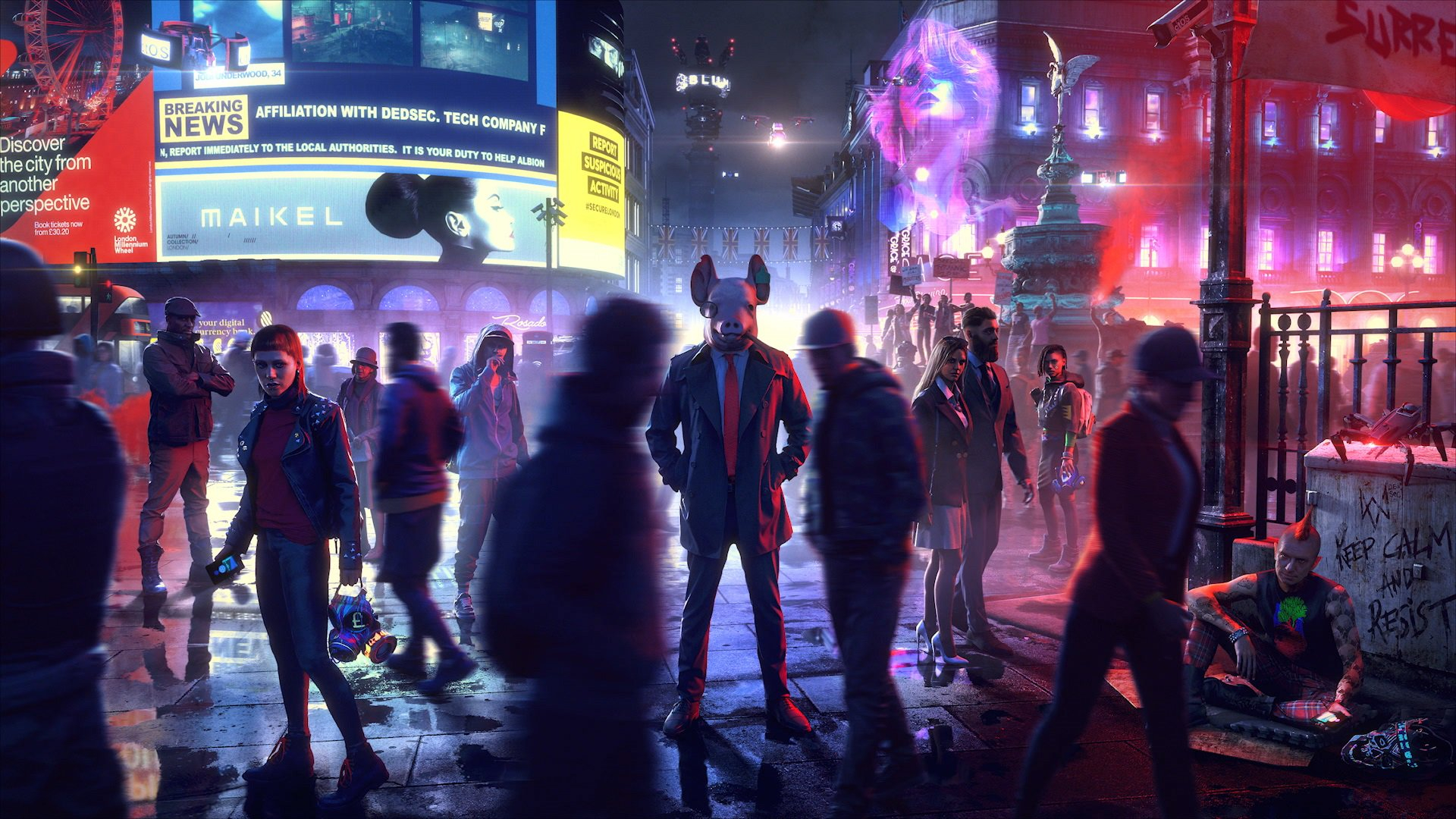 While the coronavirus pandemic led to the cancellation of major industry events such as E3 and Gamescom, game publishers and studios have still managed to move ahead this year with making major game announcements virtually. As announced earlier this year, Ubisoft is next in line to showcase their upcoming titles, with the company sharing some new details on what to expect from its Ubisoft Forward showcase this weekend that will show some previously-announced titles, alongside some brand new ones.

Ahead of its reveal event this Sunday, Ubisoft announced some new details and a fresh trailer for Ubisoft Forward, its digital presentation highlighting upcoming titles from the publisher in the near future. Specifically, the new trailer showcased some of the games that we can expect to see at the presentation this weekend, including Assassin’s Creed Valhalla, Watch Dogs Legion, and Hyper Scape, presumably alongside reveals of other unannounced games.

One of the new titles expected to be revealed at the showcase is Far Cry 6, which is reported to include Breaking Bad‘s Giancarlo Esposito as its villain. And given Ubisoft’s track record, it’s likely that we’ll see some new reveals from the studio’s other franchises such as Just Dance, The Division, and more. It also remains to be seen if we’ll check out anything from the studio’s previously-announced projects such as Gods & Monsters and Rainbow Six Quarantine, which we haven’t heard much from since E3 2019.

In addition to the trailer and footage shown, Ubisoft also teased in the video that the company will be giving out a free copy of Watch Dogs 2 on PC for those that tune in to the event. Additional rewards and prizes will also be given out before the show alongside developer interviews and more. Ubisoft will also be giving special looks at Assassin’s Creed Valhalla and Hyper Scape after the show finishes airing.

Ubisoft Forward will be airing on Sunday, July 12 at 12pm PT (with a pre-show to start a half-hour before). You can check out the infographic below from Ubisoft to help figure out when to tune in for your region: 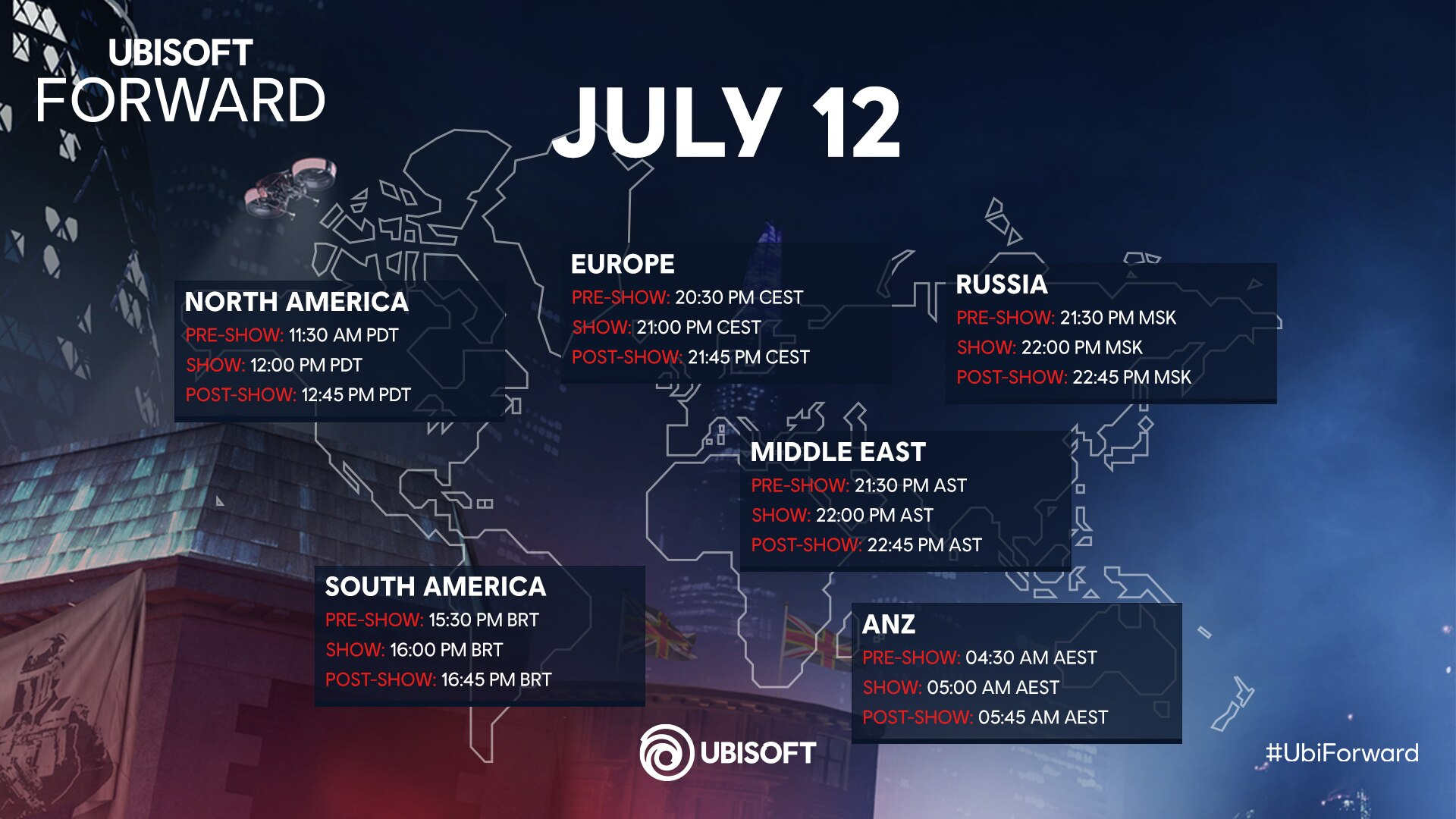