In case you missed it, Hades is a great game. It received some very high critical acclaim, scooped up plenty of Game of the Year awards, including ours here at DualShockers and has gone on to sell over one million copies. The game oozes cool and is beloved for not only its slick gameplay but its distinctive art style and loveable characters.

It’s these loveable characters that Southeast Asian artist Bones has adapted into something incredibly unique, their own stunning set of tarot cards. The cards focus on the 22 Major Arcana found within a tarot pack. Instead of depicting a standard tarot scene on each card, however, Bones’ unique spin uses some of Hades most memorable cast members.

Each card looks stunning and is incredibly well thought out, with individual Hades characters representing a specific Arcana. Some personal favourites include Dusa as The Star, Nyx as The High Priestess and Demeter as The World. The cards aren’t limited to just your allies either, with The Fury Sisters making an appearance as the Justice card and Theseus and Asterius as The Wheel of Fortune card.

hades game tarot
thank you so much @SupergiantGames for this incredible game!!

The work was a labour of love for Bones, who took over a month to create the fantastic artwork, saying on Twitter that they were “super happy to have finally finished this” as they “rarely get to focus on personal passion projects.”

Bones creates a tonne of work outside of these amazing tarot cards as well, a lot of which can be found and supported through both their Twitter account and their own InPrnt shop. Bones admits he has “a fascination for all things dark and tender” something which shows within their other fantastic pieces of work. These include some brilliant gothic takes on some of Fire Emblem: Three Houses most popular characters.

Since its release, Hades has spawned lots of other brilliant fan creations too. Recently, Alfonso Maesa, an illustrator and concept artist from the Philippines, imagined what Hades characters would look like in a range of techwear, with awesome results. We’ve also recently seen Hades crossover with God of War and have the full game turned into an arcade cabinet.

The Arcana featured on these tarot cards are also cornerstones of another very popular franchise, Persona, which has itself been incredibly popular within the creative community. We’ve seen scenes from Persona 5, recreated within Animal Crossing: New Horizons, art crossovers between the two franchises and even some real-life recipes for some of Persona 5’s most popular drinks.

Hades is out now for Nintendo Switch and PC and its a game that all of us here at DualShockers recommend you pick up. 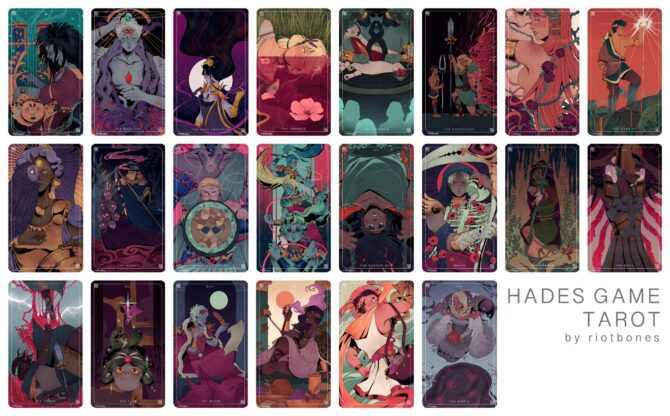 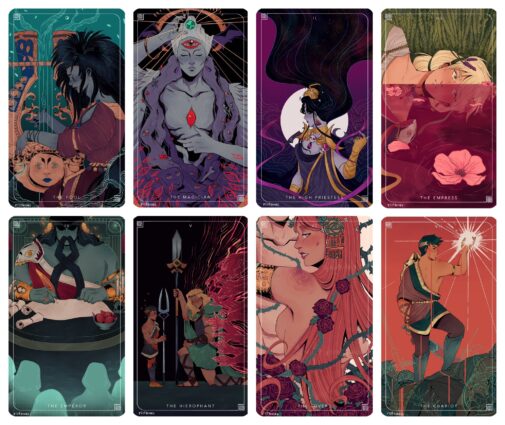 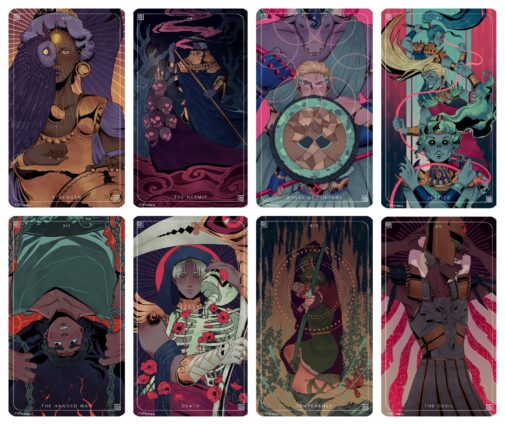 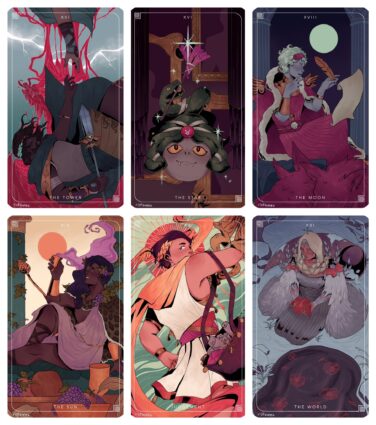 The post These Stunning Hades Tarot Cards Will Improve Your Fortunes by Sam Woods appeared first on DualShockers.

Dead By Daylight Version Mismatch Fix – Update 4.5.2 Patch Notes
Animal Crossing All March 2021 Events – Mario Furniture, Pi Day and What Else?
Why Did I Get 1000 Free V Bucks in Fortnite? Epic Games Answers
Is the Black Ops: Cold War Outbreak Zombies Mode Limited or is it Permanent?
How to Fix: Persona 5 Strikers Trophies Not Showing