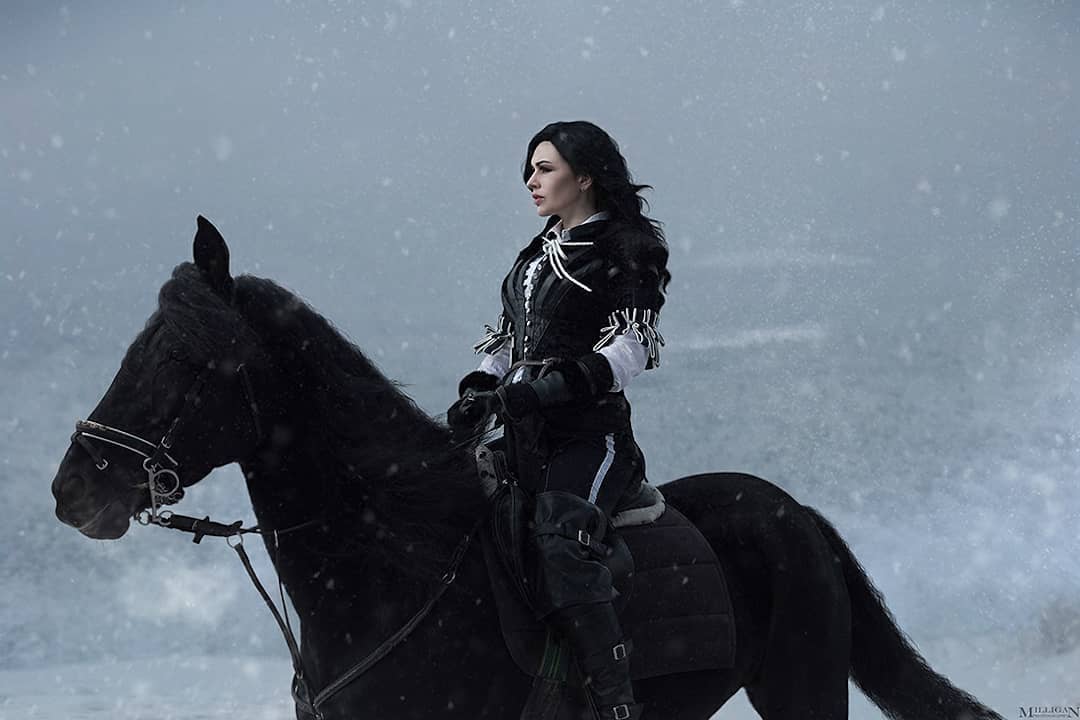 “Perhaps I should’ve teleported you two miles higher? Breathtaking, that view! To die for, really.” – Yennefer, The Witcher 3

One of the best parts of The Witcher 3 is adventuring through its vast open world. Traversing the game’s stunning landscapes, from Kaer Morhen to Toussaint, is a feast for the eyes and fodder for the imagination.

I can only presume that cosplayer Galina Zhukovskaya was so inspired when she posed for these breathtaking shots as Yennefer of Vengerberg. Her Yennefer cosplay makes us feel transported right into the world of The Witcher.

This has to be one of the best Yennefer cosplays that we’ve seen yet. The eye toward all the details of Yennefer’s character here, her brooding aura and signature black and white outfit, is fantastic.

We have to also give credit to the amazing photographer behind the shoot Victoria, whose ability to capture the spirit of our favorite characters from games is unparalleled. Her Instagram is filled with amazing cosplay shoots inspired by games like The Last of Us, Horizon Zero Dawn, and more.

In this shoot, Galina looks as if she has been caught adventuring in Skellige. Her journey along the path is captured in a beautiful snowy landscape on the back of a horse. A Steed that is jet-black and matches her outfit, in true Yennefer style.

If you’re dying to see more of Yennefer and Geralt then make sure to keep your eyes peeled for our updates on season 2 of Netflix’s The Witcher.

The post The Witcher 3’s Yennefer Gallops to Victory in Stunning Cosplay by Rachel Heleva appeared first on DualShockers.