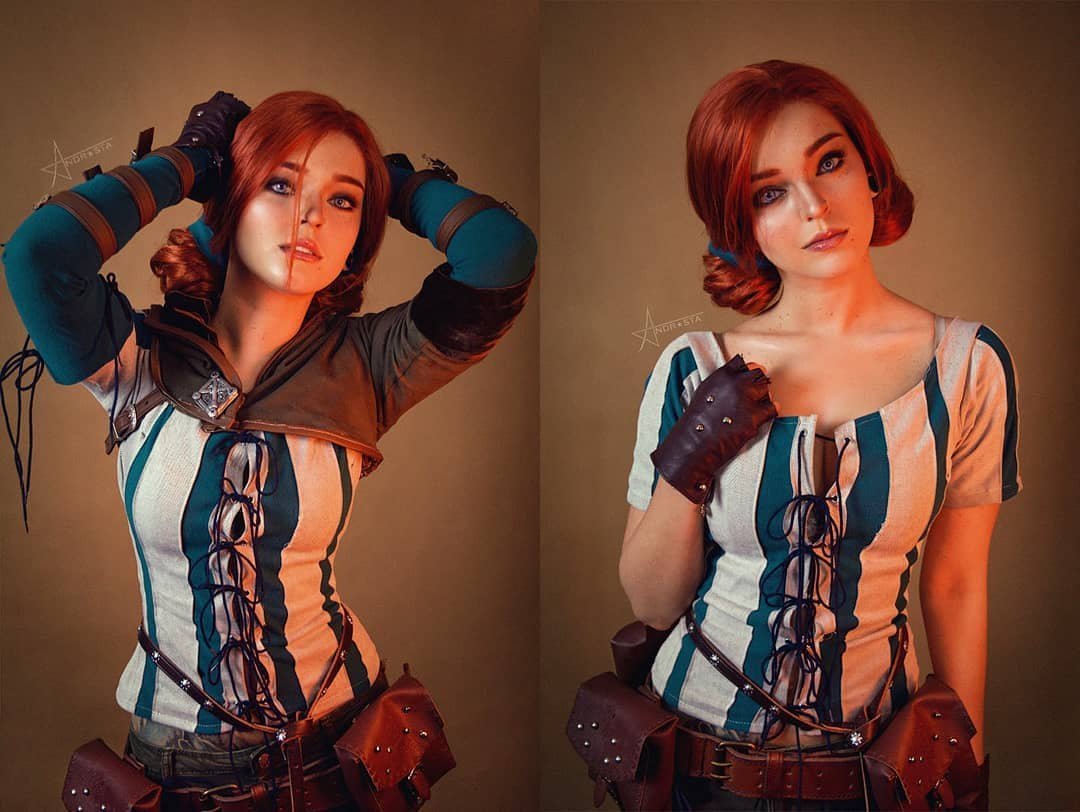 No. I will not give in and I won’t be swayed! I am the “Fourteenth of the Hill”! I am not a little frightened girl from a dark Maribor Tower anymore… – Triss Merigold

There’s the age-old question when some gamers talk about The Witcher and that’s whether you prefer Triss Merigold or Yennefer of Vengerberg. Whatever you choose, there’s no doubt about it that both of these formidable women bring their own unique and enchanting qualities to the popular franchise.

What’s even better is when we see incredible cosplays of either of these strong-willed characters and today, we are shining the spotlight on the one and only Triss, a legendary Temerian sorceress of the 13th century and a member of King Foltest’s royal council from The Witcher series.

A skilled healer and carrier of many magical potions that will aid any Witcher on their journey, Triss Merigold is a powerful sorceress who is also known as the “Fourteenth of the Hill” because she was erroneously thought to have been killed during the Battle of Sodden Hill.

Even though no one can do Triss like Triss can, cosplay and artist Andrasta has truly done a fantastic job at taking on the fiery healer. Donning Triss’ vibrant red hair and corset, Andrasta hones into the very essence of this complex and outspoken character. We also see that Andrasta hasn’t forgotten to wear Triss’ belt that contains all of her potions and ingredients – a must for any sorceress!

If you fancy taking a look at her other cosplays that contain the likes of Harley Quinn, Sukuna cosplay, Evelynn from League of Legends and many others, feel free to check them all out right here.

The post The Witcher 3 Fan Conjures Up Magic in Enchanting Triss Merigold Cosplay by Rachael Fiddis appeared first on DualShockers.