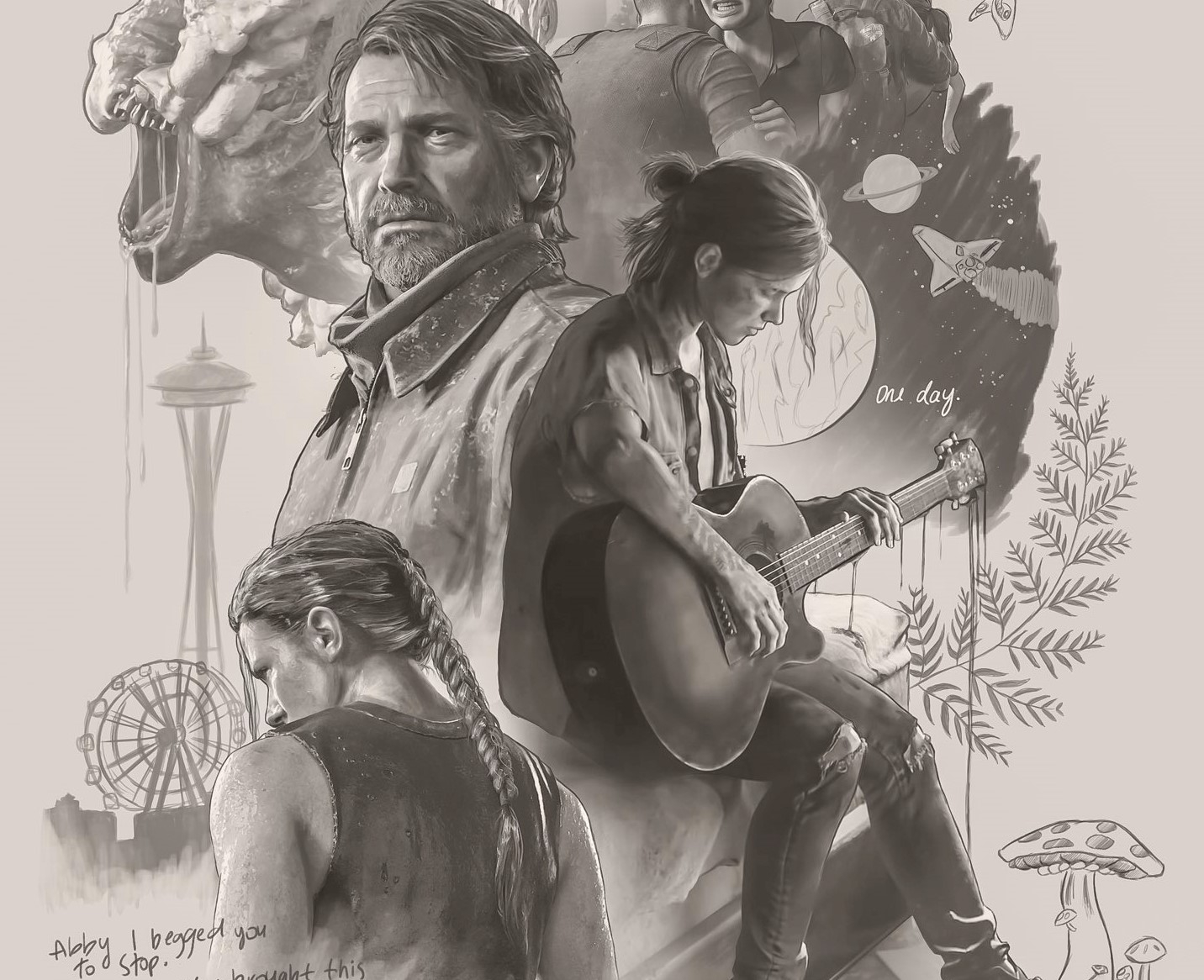 It’s been seven months since The Last of Us Part 2 released and news surrounding the title hasn’t stopped even when the credits rolled. Excited fans found out that a Last of Us TV show by HBO is in the works a few months before players got to experience part 2 and we also have seen more TLOU fan-art than you could shake a stick at. It’s a great opportunity for fans to continue their enjoyment of the game by seeing their favorite characters again and also a fantastic outlet for artists to showcase their love for all things The Last of Us. Check out this incredible piece of art-work that shows-off some of The Last of Us Part 2 characters all completed in the style of Ellie’s journal entries.

David, who you may have seen before in our article showcasing the Evolution of Ellie, is an incredible artist. Going by the name of @IconicNephilim on Twitter, he’s probably one of the biggest and best The Last of Us artists out there who really capture the true essence of the game with his incredible insight and artistic flair. This time, David has crafted a wonderful poster that depicts the story’s main characters in the style of Ellie’s journal where she draws and writes her thoughts throughout the game. 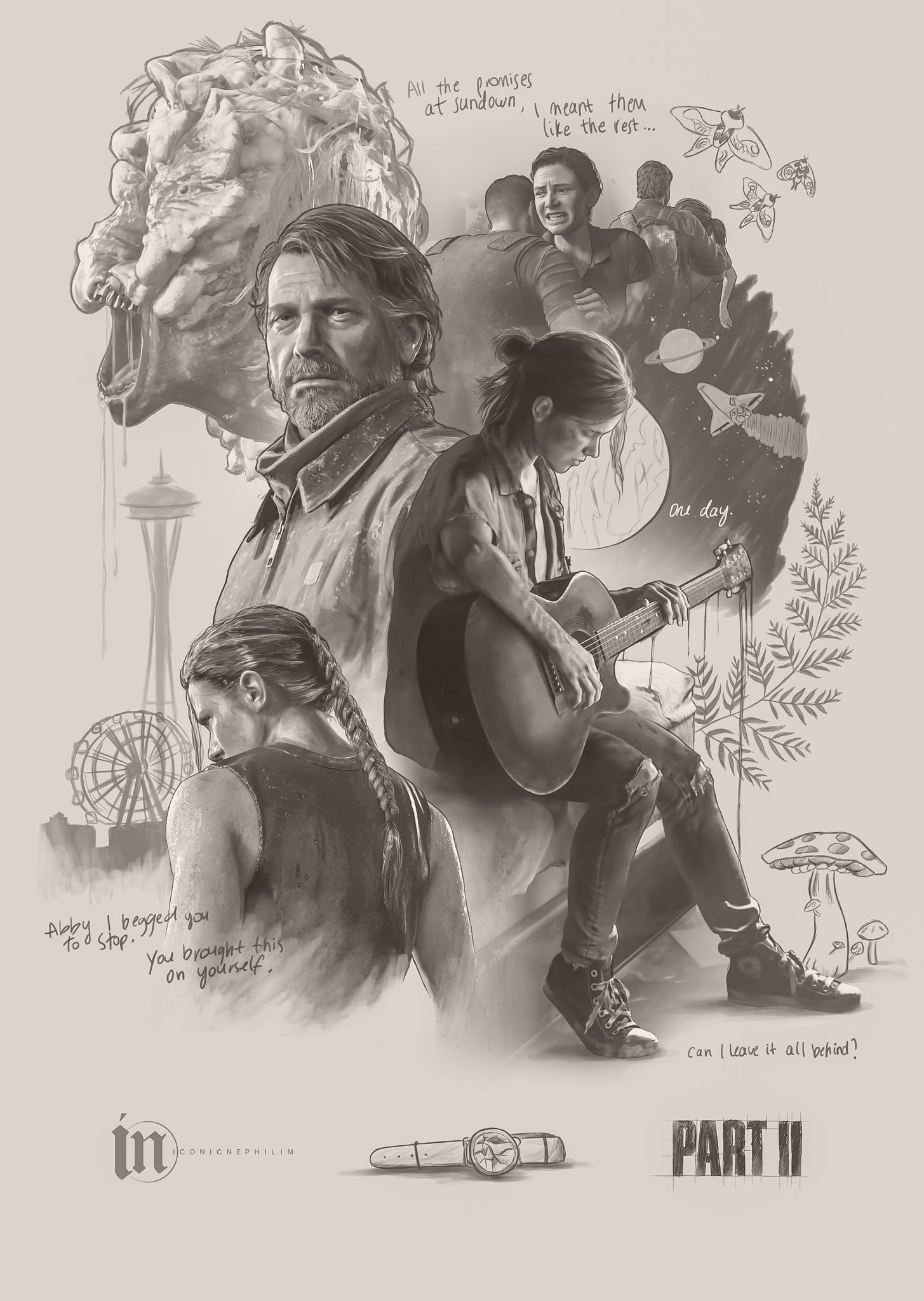 As you can see from the poster, it’s impeccably done and David doesn’t hold back when it comes to the finer details. In the top left, we see a clicker that is infected with the deadly Cordyceps virus, and then beside that, we see a young Abby being held back by her then boyfriend Owen after she witnesses the death of her father. Joel and Ellie take the centerpiece while Abby, intent on revenge and wearing her trademark ponytail, sits towards the bottom. I particularly love how David scattered iconic words from the game across the poster and has also thrown in a drawing of the Space Needle and The Seattle Great Wheel. Right at the very bottom, you’ll also see a sketch of Joel’s broken watch.

This poster would look amazing on any The Last of Us Part 2 fan’s wall and just between me and you, I have it saved as my computer’s background until I can find a way to get a physical copy. Make sure to check out David over on Twitter and follow him as he adventures into more of his design work and most likely a lot more wonderful The Last of Us Part 2 fan art pieces. 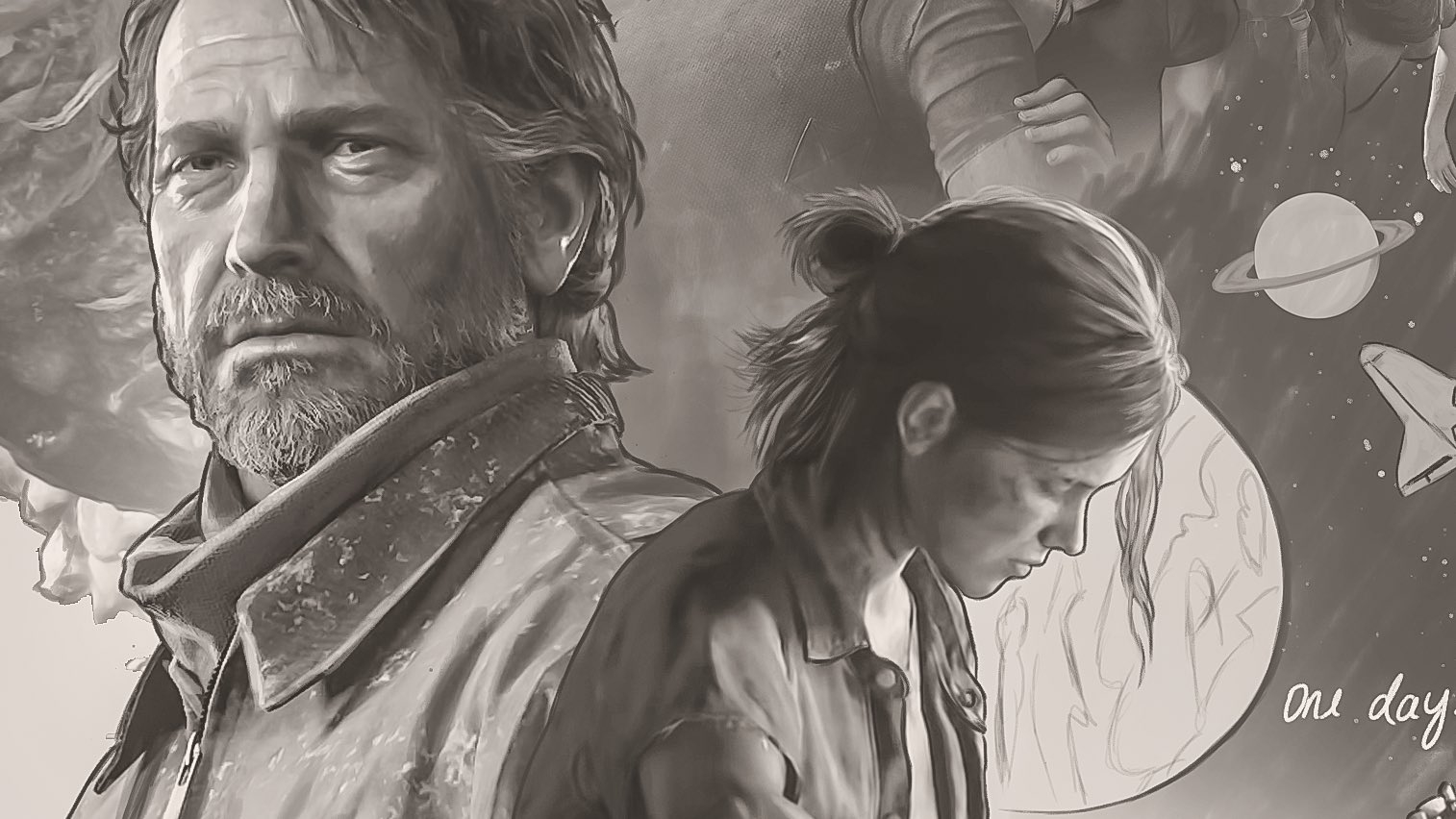 Lately, we heard that HBO’s The Last of Us has found its director and that Russian filmmaker Kantemir Balagov will join writers Neil Druckmann and Craig Mazin. Showrunner and writer for the upcoming show, Craig Mazin, gave a very small teaser over on Twitter last week telling eager fans that there will be “modest news” coming “soon enough.” In a video for Sony’s CES 2021 showcase, PlayStation’s Jim Ryan announced that the upcoming Uncharted movie and The Last of Us TV show are “just the beginning.” Ryan stated that Uncharted and The Last of Us, “is just the beginning of the expansion of our storytelling into new media and even wider audiences.”

The post The Last of Us Part 2 Fan-Art Poster in Ellie’s Journal Entries Style Is Simply Stunning by Rachael Fiddis appeared first on DualShockers.

Why RatedEpicZ Banned From Twitch After His GTA 5 Stream?
Is Bioware Offering a Refund After Cancelling Anthem?
Watch Dogs Legion 1.11 Patch Notes – What Bugs Have Been Fixed?
Valheim Fuling Totem – How to Find This Item and What Is It Used For?
Fortnite: New Portal Leak Could Hint at Xenomorph Alien Skin