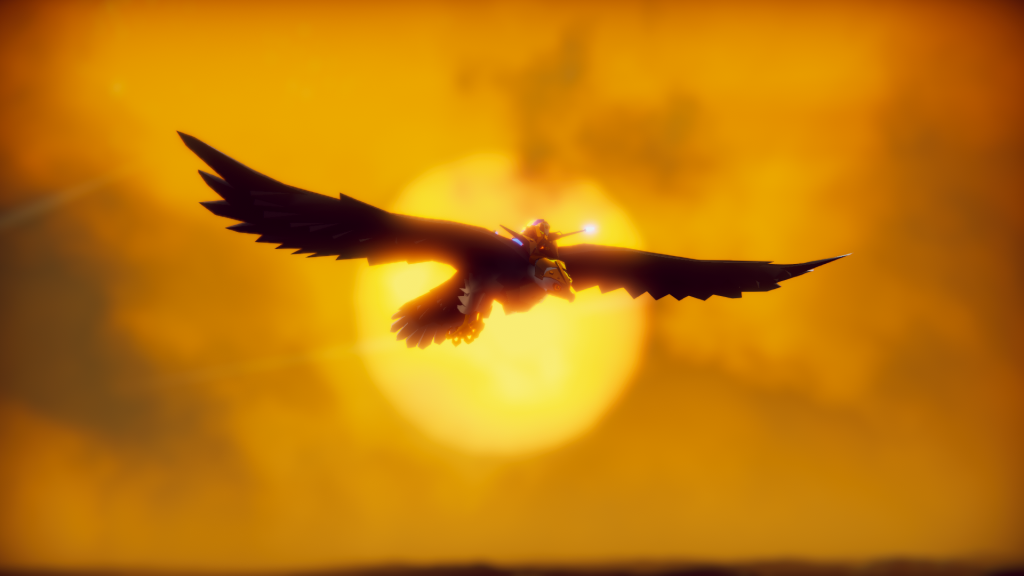 Flight combat simulators have gotten some rather unique takes over the years, including anthropomorphized animals piloting fighters in space and riders piloting dragons in a traditional fantasy world. The Falconeer puts another interesting twist on the genre, with pilots riding on giant falcons outfitted with powerful weaponry as they fight pirates and complete a wide range of missions.

“What makes The Falconeer so appealing is how both the premise and aircraft of choice, a giant falcon, makes the game uniquely attractive to those who normally wouldn’t be interested in the genre.”

Players start in the prologue, as they witness a routine training session gone horribly wrong and fight a losing battle against an insurmountable foe. From there, you play as a new character and journey with them as they build up their status from a simple hired hand protecting a nation of merchants from sky pirates. Conversely, you could join a completely different faction, depending on how you choose your path at the start.

Foes at first are comprised of a basic variety of sky pirates, thugs who prey on and plunder the weak. The enemy variety then grows to incorporate large airships, flying beetles, manta rays, and even the dragon-like weavers. And each enemy type features unique movement patterns and specialties that players must become accustomed to in order to prevail. 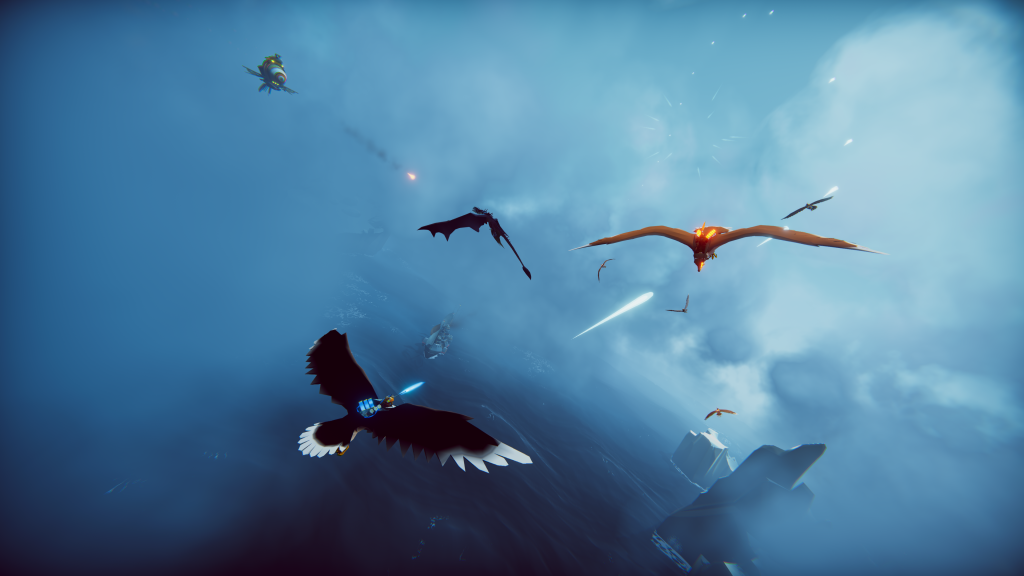 The controls for these aerial battles are precise and simple enough to learn, yet require practice to fully master techniques such as learning how to minimize energy lost during your ascents while gaining speed with rapid descents. It’s also important to learn how to maintain proper positioning, so the battle to control the skies above your foes becomes even more crucial.

Learning how to aim the reticle for precise firing is not only a necessary skill to efficiently take down enemies, but also vital in conserving your charge for weapons. Said weapon packs can only be charged by entering a thunderstorm, so proper rationing of your limited resources also becomes an important factor.

What makes The Falconeer so appealing is how both the premise and aircraft of choice, a giant falcon, makes the game uniquely attractive to those who normally wouldn’t be interested in the genre. Because honestly, who doesn’t love the idea of getting to ride on a giant animal companion while fighting sky pirates and dragons in a gorgeous ocean world? Especially when said warbird controls far smoother and more organically than any plane or ship could ever hope. Not to mention, it certainly injects a refreshing change to a genre that suffers from a lack of diversity. 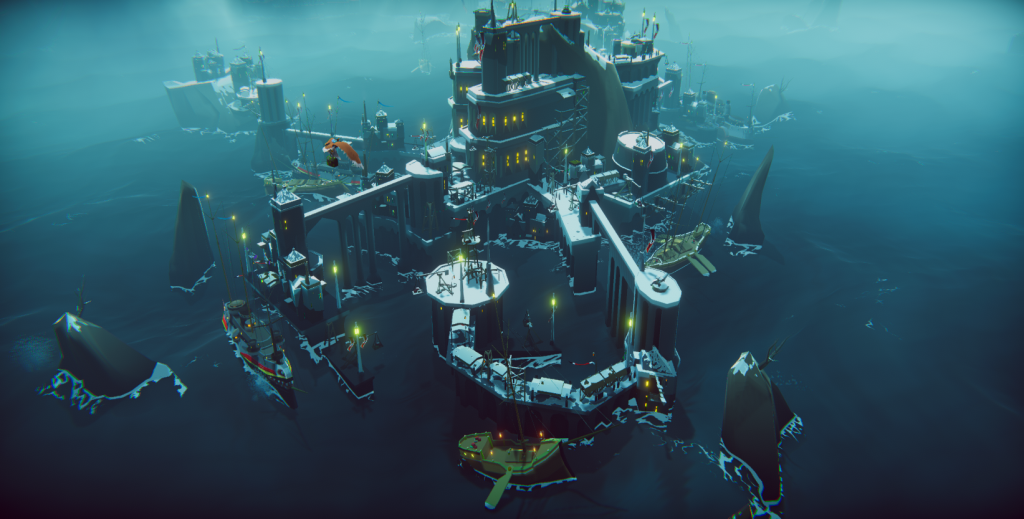 Outside the complexities of battle, however, lies a surprisingly empty world. The lore is fascinating with just enough intrigue and detail to captivate your attention immediately. Meanwhile, the visuals and architecture are stunning, as it uses its vibrant color palette and stylized graphics to great effect. But when you finally are able to fully dive into said world, there’s not much to do except explore the few areas to purchase wares, fight, go on repetitive side quests to earn extra money, and push the main story forward.

It’s disappointing to say the least, and the main cause for it is clearly the over-ambitious open world environment. The Falconeer, like many other open world titles, suffers from having very little to actually do in such a setting. This is a game that would have strongly benefited from being more linear, as something smaller in scope leaves far more room to fill with better-developed points of interest, flight paths, and a fully fleshed out lore that capitalizes on what was so tantalizing teased to us in the beginning.

Another substandard aspect of The Falconeer is the very limited character creation. While I enjoy the fact that I can choose from several variations of pilots and falcons, and you can even choose your own origin story, it’s still not a proper customization mode. Moreover, the origin story has little bearing on making the game feel any more engaging or distinct once started. Even worse, the pilot has absolutely no personality, which makes the decision to not have a full character creator even more baffling. 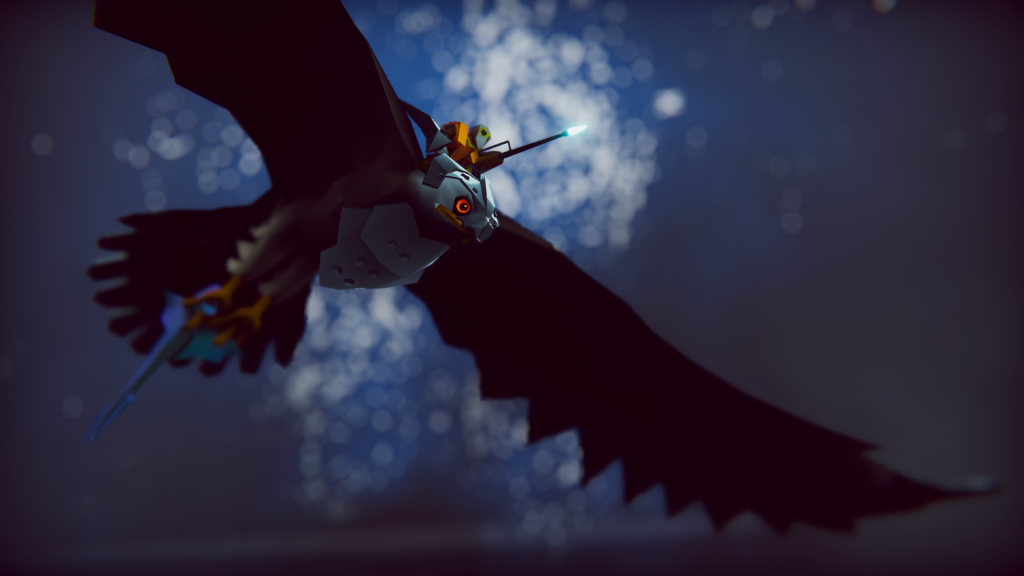 Players have the option of choosing from four classes: Falconeer, Mercenary, Imperial Freelancer, and Mancer Seeker. These classes not only change what your falcon looks like and form part of your backstory, but also determines said falcon’s stat and skill specialization. Though, despite the voiced guide, the game doesn’t make this distinct class system clear in the beginning so you’re left experimenting with various configurations until you learn this for yourself.

And where the game fails in customizing the looks of the falcon, there are some great options for customizing how they play in battle thanks to both the aforementioned class system and another mechanic. Essentially you earn splinters to upgrade your falcon’s gear, mutagens, and chants. This can range from changing the weapons equipped on you, to how you boost your falcon’s abilities, and more.

Having that kind of control over how your companion plays during dogfights and fine-tuning them to best suit your playstyle helps keep gameplay engaging when the story does nothing of the sort. You can even purchase falcons as you proceed in the story and earn more money, offering even more opportunities to create the perfect flyer that works for you. 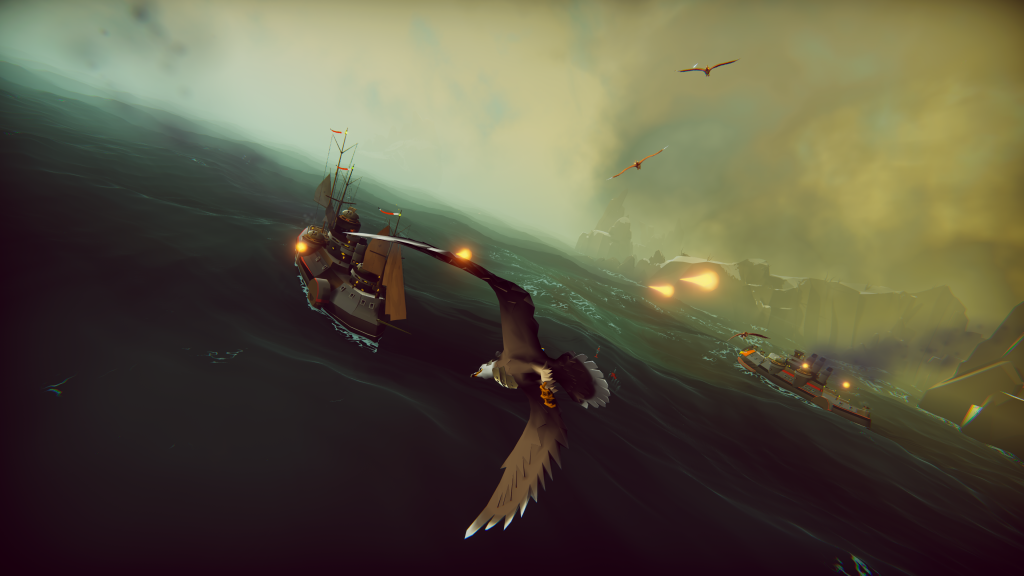 “The choice to make this an open world title truly holds it back from the greatness it could have achieved.”

The Falconeer is very much a labor of love — you can see how much time and effort its sole creator put into its development and that shines through in its gameplay and the beauty of the setting. Combat is fast, fun, with a fantastic strategic edge while the graphics and designs are bright and striking. However, the choice to make this an open world title truly holds it back from the greatness it could have achieved and results in a game filled with potential that’s only partially realized.

That being said, considering that The Falconeer was developed by a single person makes it a far more impressive effort. And despite its pitfalls, it’s a solid entry in the combat flight simulator genre that’s more than worth checking out.

The post The Falconeer Review — Holds its Own, Despite a Shaky Takeoff by Allisa James appeared first on DualShockers.

Epic and IO Interactive in Discussions After Confusion Surrounding Hitman 3 on PC
The Medium Gets a Terrifying New Live Action Trailer
Scott Pilgrim vs. The World: The Game Complete Edition The Review — Power of Love
Game Demos Need to Come Back For Many Reasons, Especially for Accessibility
Cyberpunk 2077 Multiplayer Details May Have Been Exposed by Dataminers