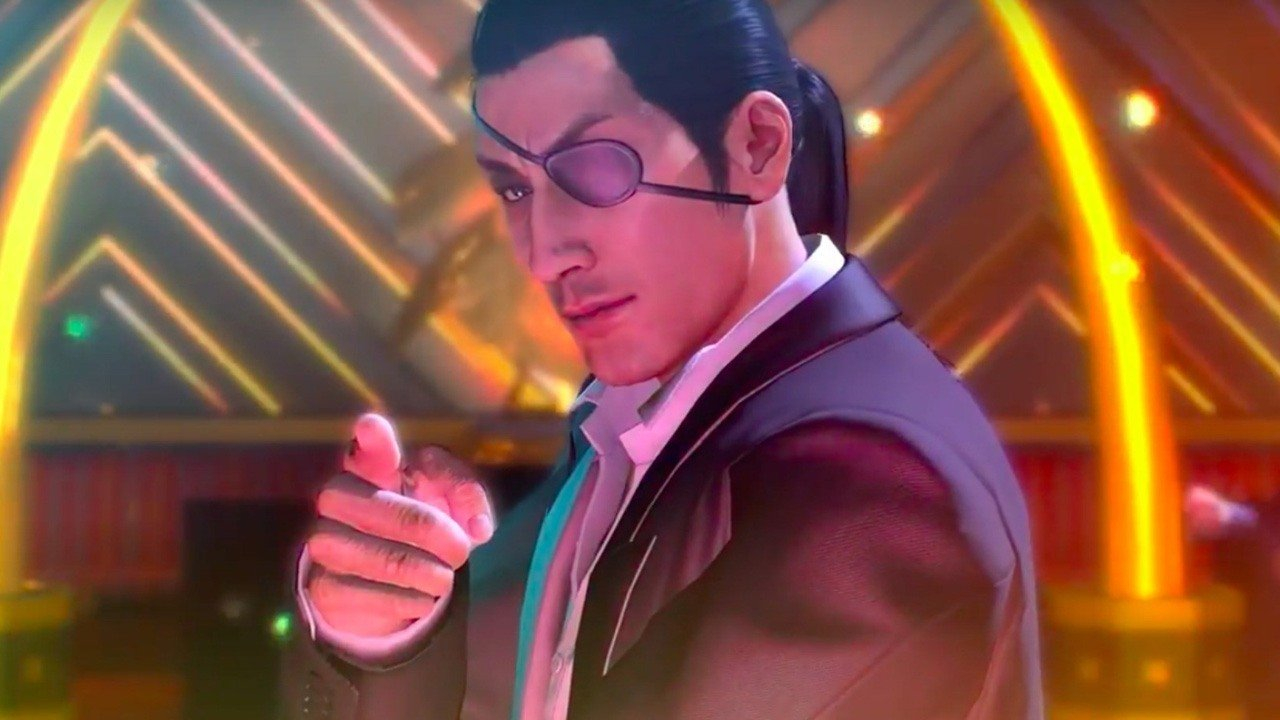 Recently, I’ve been playing a ton of Yakuza: Like a Dragon. It’s a phenomenal new direction for the series that changes things up in major ways while also providing a clear path for moving on from Kiryu’s story. However, there is one major problem: it’s literally tearing my house apart. I’m playing it on PC, which means my wife Amy can’t watch me play it before she goes to bed every night. It’s something she’s done for almost every other game in the series. However, I didn’t think this was a big deal until she let me know otherwise. It was then that I found my wife thinks she “knows Yakuza.”

Now, this isn’t meant to be a gate-keeping thing. As you’ll see below, she absolutely knows at least a little about Yakuza. And to be honest, I really just want more people to love my favorite series. I’m not about to belittle someone’s knowledge of the lore. However, I really wanted to see how much she does know. When you’re just a mildly disinterested passenger through a plot that spans nine video games full of hours and hours of content, how much can you actually learn about this wonderful story? So, let’s find out why Yakuza is such a great series from someone who has never played them for a second. If videos are more your thing, you can watch our full “interview” below.

The first thing that’s clear is that, regardless of how much time you’ve spent immersed in Yakuza, Kiryu is without question “a cool dude.” As my wife was quick to point out, he has excellent fashion sense. His tailored suits with “like a triangle collar” are extremely memorable. And, while his main skill might just be fighting, my wife also made sure to note that he’s a kind soul who values his friends. He even sort of adopted a little girl. If there’s a more loveable protagonist in gaming, I haven’t met them yet.

However, what quickly became clear in talking with my wife is that, outside of Kiryu, the things that stood out the most in Yakuza were the bonkers mini-games. From wondering if Donald Trump could be a partner in the business management game to her being sort of disgusted by the cabaret clubs, it was obvious that I spend way too much time playing the side games. In fact, outside of a few scant details that we’ll get to soon, I’m not sure if my wife actually knows anything about what’s actually happening in the mainline Yakuza games.

That’s not too surprising if you’re a Yakuza fan. Sure, the sensational crime drama at the center of everything is gripping and meaningful. But really, most of what makes this series so special are all the wacky hijinks happening on the periphery. The fact that my wife picked up all of this while drifting in-and-out of watching me play is a testament to how good Ryu Ga Gotoku Studio has gotten at crafting believable worlds. She may call Majima “the guy with the eye patch,” but she knew the ins-and-outs of the UFO catcher machine. 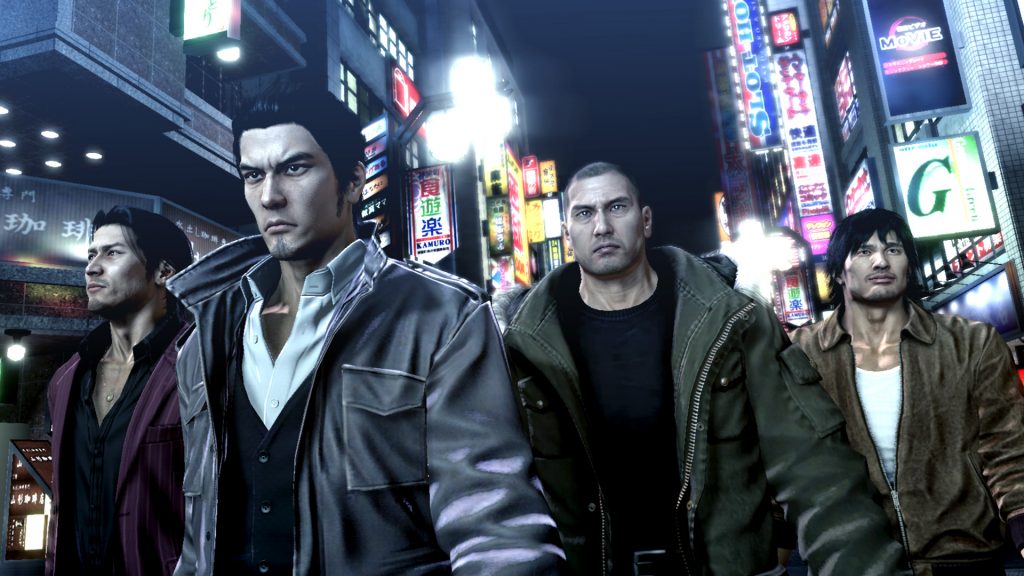 When it comes to actual plot details, it was soon proven that her recollection was few and far between. To my wife, the games kind of run together. For instance, she knows there are multiple prison outbreaks. In fact, she can give you some surprisingly detailed accounts of how Saejima escaped his sentence. However, she couldn’t tell you why he’s in prison or why he’s bothering to get out. Heck, I don’t even think she knows who Saejima is outside of his dumb haircut.

Sticking with Saejima’s exploits she knew that, in his first escape, he ended up on the beach in front of Kiryu’s house. But she thought Kiryu just decided to buy a beach after leaving the Yakuza. It was a surprise to hear that he was actually running an orphanage. Sure, it’s like the biggest plot point in Kiryu’s story at the time. For her, all that’s important is that Saejima scared Haruka that one time. And, as is tradition, she doesn’t know Haruka’s name. Truthfully, if you put a gun to my head and told her to name five Yakuza characters, I’d be dead. I have literally no doubt about it.

Her recollection of Saejima’s escape in Yakuza 5 is a little more detailed. She remembers him swinging that big pipe to take out all the baddies. Which, to be fair, is one of the great “holy crap” moments in Yakuza 5. Though, it is a bit weird that she doesn’t remember Kiryu literally becoming Neo from The Matrix and dodging rockets. She absolutely saw that scene, but I guess there’s only room for so many hijinks in that brain of hers.

Part of her remembering Saejima’s second escape so well is that, for whatever reason, she is in love with Baba-chan. I don’t think it’s a romantic thing. Though on that topic, she did say Kiryu in Yakuza 0 was “a hot dude.” Instead, I think she just likes that she can call him “Boba Fett” and annoy me. Either way, she was absolutely devastated to learn that her favorite Yakuza character might be a bad guy. Though, she probably deserves that disappointment. I mean, who in their right mind thinks Shigeki Baba is the best Yakuza character? 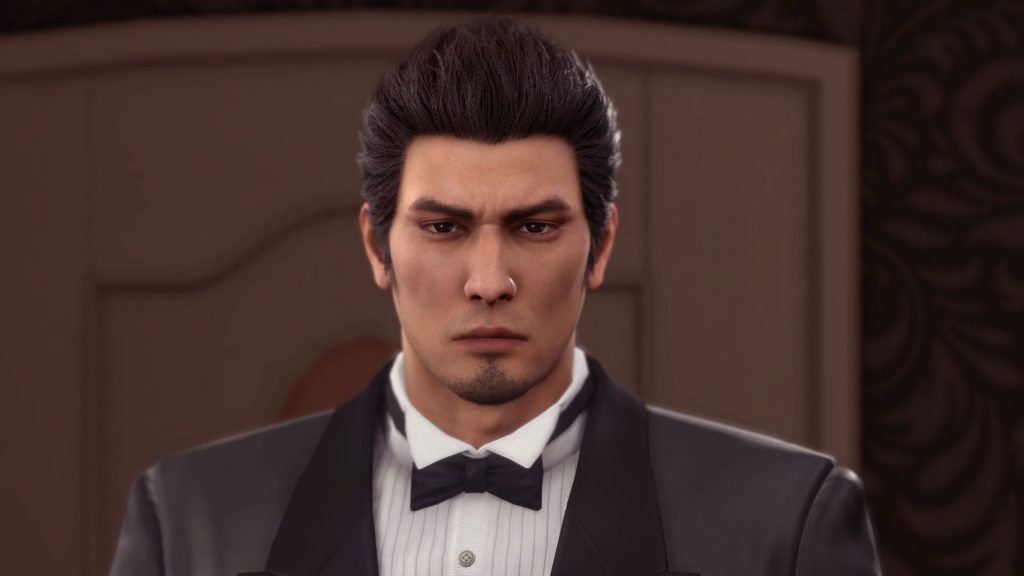 While some of her Yakuza-related opinions were incredibly surprising, I have to say that it was completely expected when she started to wonder why the games get lewd at times. She was very concerned by a substory that involves a girl selling her panties to strangers. When I floated the idea that maybe the girl was just down on her luck, she let me know that the girl looked like she was 13. Which, to be fair, probably isn’t okay.

In spite of her balking at the more risque side of Yakuza, it’s clear that my wife still likes these games. In fact, as we talked about Judgment, she proved to essentially know the entire story. I was a bit surprised given how little she actually knew about Kiryu’s tale. However, it seems the cop drama really hooked her. She also thinks Hoshino looks like a little boy and wouldn’t believe me when I told her he’s a grown adult lawyer. I think it’s the backpack, but who knows? Either way, she pretty much ran down Yagmi’s story beat for beat. It was awfully impressive.

At the end of our Yakuza discussion, I asked her if she had any final thoughts. It was there that she reconfirmed that I made the right choice in deciding who I’m spending the rest of my life with. She let me know that if we have kids, Yakuza is the first game they’ll play. I just need to “censor the panty parts.” And for everyone else who isn’t married to her, the words she used to sum it up were pretty clear: “If you’re interested in racing, if you’re interested in fighting, if you’re interested in…entertaining men,” this is the series for you.

The post The Appeal of Yakuza As Told By My Non-Gamer Wife by Ricky Frech appeared first on DualShockers.