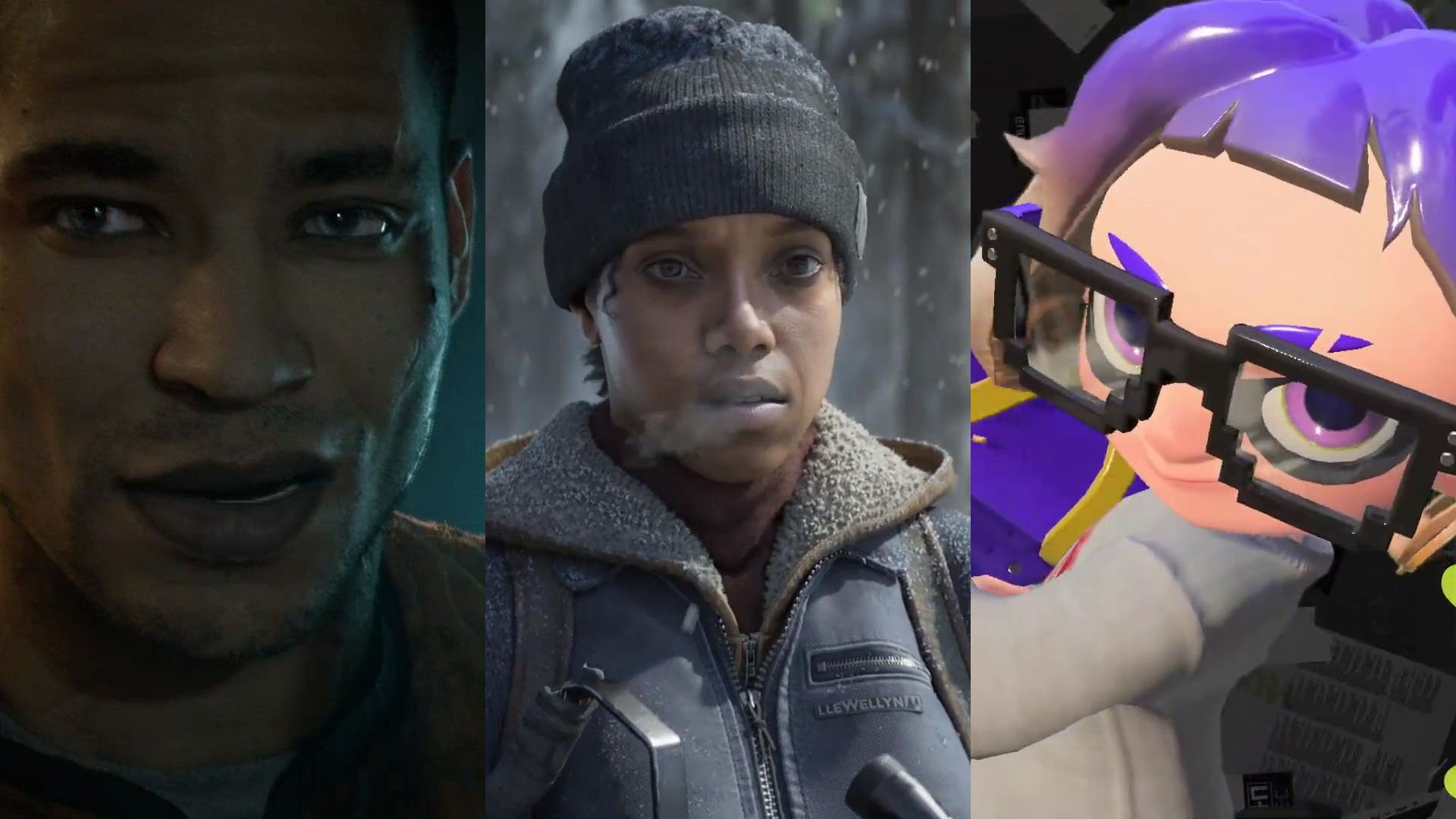 Did you enjoy this year’s E3? What favorite games you were anticipating seeing at E3 2021, but didn’t appear? Let’s have a look at the biggest absents of this year.

Despite Sony’s absence, most of the publishers who usually attend E3, held a press conference this year as well. Even we had some new showcases this year, including the Gearbox and Capcom events.

Running from June 12 to 15, Hundreds of games have been showcased at E3 this year, however, there were still a lot of games that missed E3 2021.

Some publishers like EA and Sony will have their own events in the near future, but among the ones that attended at E3 2021, we might’ve expected a little bit more.

Below, we will have a look at the biggest, most anticipated games that we would love to see at E3.

Although this year’s Xbox + Bethesda E3 2021 showcase was something near to incredible, the event still had a number of big absents. If we had the list below inside the show, the Xbox E3 2021 showcase would probably be the biggest E3 press conference ever in history.

Originally revealed later in 2019 as the very first Xbox Series X|S console exclusive, Hellblade 2 developers have been tight-lipped about the game since then.

No new trailers or gameplay videos have been shared from Ninja Theory’s upcoming sequel to Senua’s Sacrifice so far. Despite some rumors, the game skipped another big event.

It’s likely that Gamescom 2021 or The Game Awards 2021 will be our next chance to get an update on Hellblade 2: Senua’s Sacrifice this year.

Unlike Hellblade 2, it was almost obvious that we wouldn’t get a new update on the Perfect Dark reboot. Last year, the developers revealed that the game was at the early stages of development.

Announced with a cinematic trailer in 2020, it’s hard to believe that we would get the first gameplay footage from this first-person shooter anytime earlier than 2022.

Avowed is going to be the beginning of a new adventure in the world of the Pillars of Eternity series. As an upcoming first-person RPG, Avowed is the other big project from Obsidian Entertainment next to The Outer Worlds 2.

Avowed was premiered with a brief teaser last year, but it was expected to be at this year’s event as the rumors around the game’s strong and speedy development process are strong.

Similar to Perfect Dark, Fable is the other first-party project at Xbox Game Studios that won’t be available anytime soon. The game is still in the early stages of the development process.

Fable is the first non-Forza title from Playground Games and also a very important IP for Xbox. No details around this reboot are available, but it will likely skip Xbox One.

Although Rare’s Everwild didn’t appear at E3 2021, soon after the Xbox press conference we received some info on its development process.

According to some trustworthy sources like VGC, Everwild’s development has been completely rebooted since when Gregg Mayles was appointed as the creative director behind the game.

Apparently, the game is now targeting a 2024 release, which means we might not see anything from the game even at next year’s E3.

The third instalment in the State of Decay series was revealed with an exciting cinematic trailer back in 2020.

As per reports, the game has a long way to go until release, which means we probably wouldn’t hear anything new about it anytime soon.

Announced with a brief teaser, the new project from the developers of Wolfenstein is early in development like most of the other Xbox Game Studios titles.

We have nothing to share about the game at this moment, and it doesn’t seem like a project for the near future. Besides, there are some rumors that Machine Games is also working on Wolfenstein 3.

While Playground Games Forza Horizon 5 had a great night at the Xbox E3 2021 showcase, there was nothing about its bigger brother, Forza Motorsport.

Usually, there is a few years gap between a Horizon launch and a Motorsport launch. So, we might be lucky enough to see more about the next Forza Motorsport game at E3 2022.

Similar to Xbox, Nintendo sure pleased its fans with the latest showcase at E3 2021. A long line-up of new Nintendo Switch titles has been revealed during the show, along with some brilliant new trailers from first-party games. However, you might still feel a bit disappointed after the show, if you are a fan of the titles below.

The anticipation for the new entry of the Bayonetta series has been longer than expected. The game received nothing new after its announcement teaser trailer back in 2017.

Earlier this year, Platinum Games assured fans that the game is still in development, but when it could be ready for launch is anyone’s guess right now.

The follow-up to Nintendo’s popular multiplayer experience was announced in February this year. Splatoon 3 is one of the biggest upcoming Switch exclusives that will launch in 2022 alongside the sequel to Breath of the Wild.

The fans were expecting a more detailed look at the game and its new gameplay elements, however, it was yet another big game missing E3 2021.

Similar to Bayonetta 3, Metroid Prime 4 is the other Nintendo Switch title that has been long in development. The game was handed over to a new studio a few years earlier.

Although Nintendo confirmed that the development process of Metroid Prime 4 is still active, it didn’t showcase anything new from the game. That being said, Metroid Dread was still a great surprise.

Aside from the Avatar: Frontiers of Pandora announcement, Ubisoft had quite a predictable showcase, especially with all the leaks around Sparks of Hope before the event.

The French publisher could have delivered a much entertaining showcase if only one of the titles below would be presented.

Beyond Good and Evil 2

Ubisoft Revealed three major projects at E3 2017, and none of them have been released yet.

Beyond Good and Evil 2 was probably the most ambitious one. It was a huge surprise back then, but it hasn’t received any new updates since a cinematic trailer back in 2018.

With the recent Avatar: Frontiers of Pandora announcement, we might be lucky to see something new from Beyond Good and Evil 2, finally.

When sailing in the Assassin’s Creed series was quite a new and interesting feature, Ubisoft announced a new IP with a complete focus on Pirate wars.

Skull & Bones was first shown at E3 2017 and gameplay footage was shared a year later at E3 2018. However, the game never received any updates for a few years.

Eventually, Ubisoft confirmed that the development process for Skull & Bones was rebooted and the game would be premiered when it was ready. And… it’s not ready yet.

Announced earlier in Spring, I really hoped to see a full announcement from the next chapter of The Division series. However, it seems the game is still far away from launch.

Heartland is supposed to be a free-to-play spin-off from The Division series, combining the franchise’s core gameplay mechanics with some brand new ideas.

If you ask me, this one is going to be absent for a long time. Back in 2017, Ubisoft announced that an Avatar project is on the way from Massive Entertainment.

Now, the same story happened for a Star Wars title as well. With Massive’s focus on Avatar: Frontiers of Pandora, it wouldn’t be fair to expect the first look at their Star Wars project anytime soon.

Aside from the publishers above, we had some other press conferences at E3 2021, some of which could deliver new updates on big, anticipated projects, but at the end of the day, they didn’t.

As a PS5-only title, the absence of Final Fantasy XVI at E3 2021 was pretty predictable.

You’ll probably have to wait until the next big PlayStation showcase to see something new from the next chapter of the Final Fantasy series.

The latest project from Luminous Productions is a fantasy open-world RPG, coming exclusively to PS5 and PC.

Forspoken was announced at the first PS5 showcase as Project Athia and then received a gameplay trailer earlier this year.

The game was expected to have a significant share of Square Enix’s showcase at E3 2021, but it will probably be saved for the next PlayStation event.

As the closest Alien experience to launch, Fireteam is supposed to be available this Summer, and we would expect to see more from the gameplay elements during the Summer Game Fest showcase.

That being said, it seems the developers are thinking of something different. Aliens: Fireteam is a co-op-based shooter adventure, sharing all the horrifying elements from the Alien movie franchise.

The game will be published by PUBG Corp. and we would expect to see something new at Summer Game Fest or the Xbox showcase, but it seems we need to wait for more.

Announced with a brief teaser earlier last month, the next big project from Paradox Interactive in the strategic and simulation genre is Victoria 3.

The game will be launched directly on Xbox Game Pass, and it could be premiered as one of the many titles showcased during the Xbox E3 event, however, it seems the game is in the early stages of development.

Games That We Knew Would Be Absent

Aside from the titles above, there are some other big projects that missed this year’s E3. However, the development teams behind the games below made it clear before the event that they wouldn’t have any new premiers at E3 2021.

The post The 20 Biggest Games That Were Not Featured at E3 2021 by Mehrdad Khayyat appeared first on DualShockers.