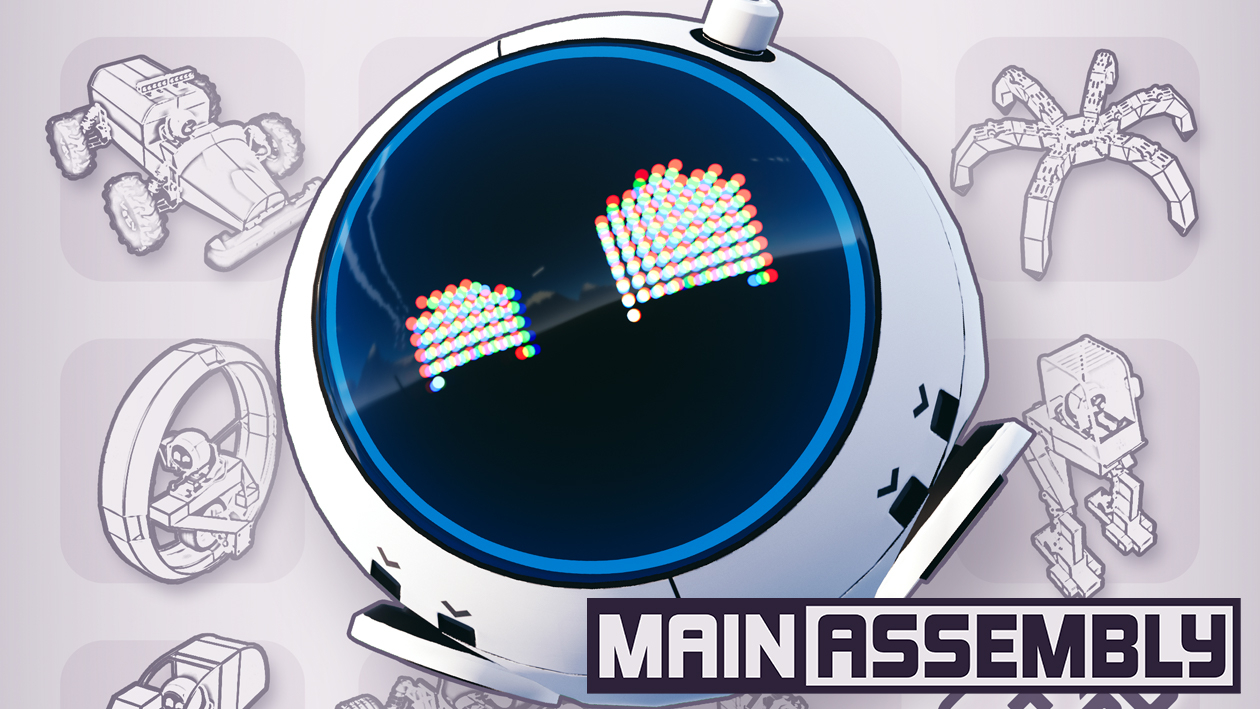 Since jumping into the publishing side of the industry, Team17 has put out hits like Overcooked!, Yoku’s Island Express, and My Time at Portia. Their next game is Bad Yolk’s Main Assembly, a game that meshes robot-building and physics-based gameplay. It boasts that classic Team17 charm and some nifty-looking building tools. Give the new trailer a look below.

As a kid who grew up watching Battlebots reruns on Comedy Central almost every day after school, Main Assembly looks like the robot fighting game I’ve always wanted. The degree to which you can customize your bot is incredibly compelling. They have everything from normal racecars to mono-wheels. As well as several different options for cosmetic additions to make your robot truly your own.

On Main Assembly‘s Steam page, you can also take a look at how in-depth the bot-building is. There’s a quick GIF there that shows off the different control nodes which determine how your bot interacts with the world. The video Team17 shared demonstrates this variety in action. You see bots that can climb walls, bots that can walk, and even a set of ducks. It’s all very exciting.

Thankfully, Main Assembly has both singleplayer and multiplayer options. The solo challenges will teach you the ropes, but the multiplayer is what I’m most looking forward to. If there aren’t virtual Battlebots-like tournaments going on in this game, we’ve made a mistake as a society.

Main Assembly has a ton of potential and is coming to early access on PC later this year. That time in early access will hopefully give the team the time and feedback they need to make the best bot-battler/builder on the market.

The post Team17’s Next Game is Main Assembly, A Wild-Looking Robot Builder by Ricky Frech appeared first on DualShockers.