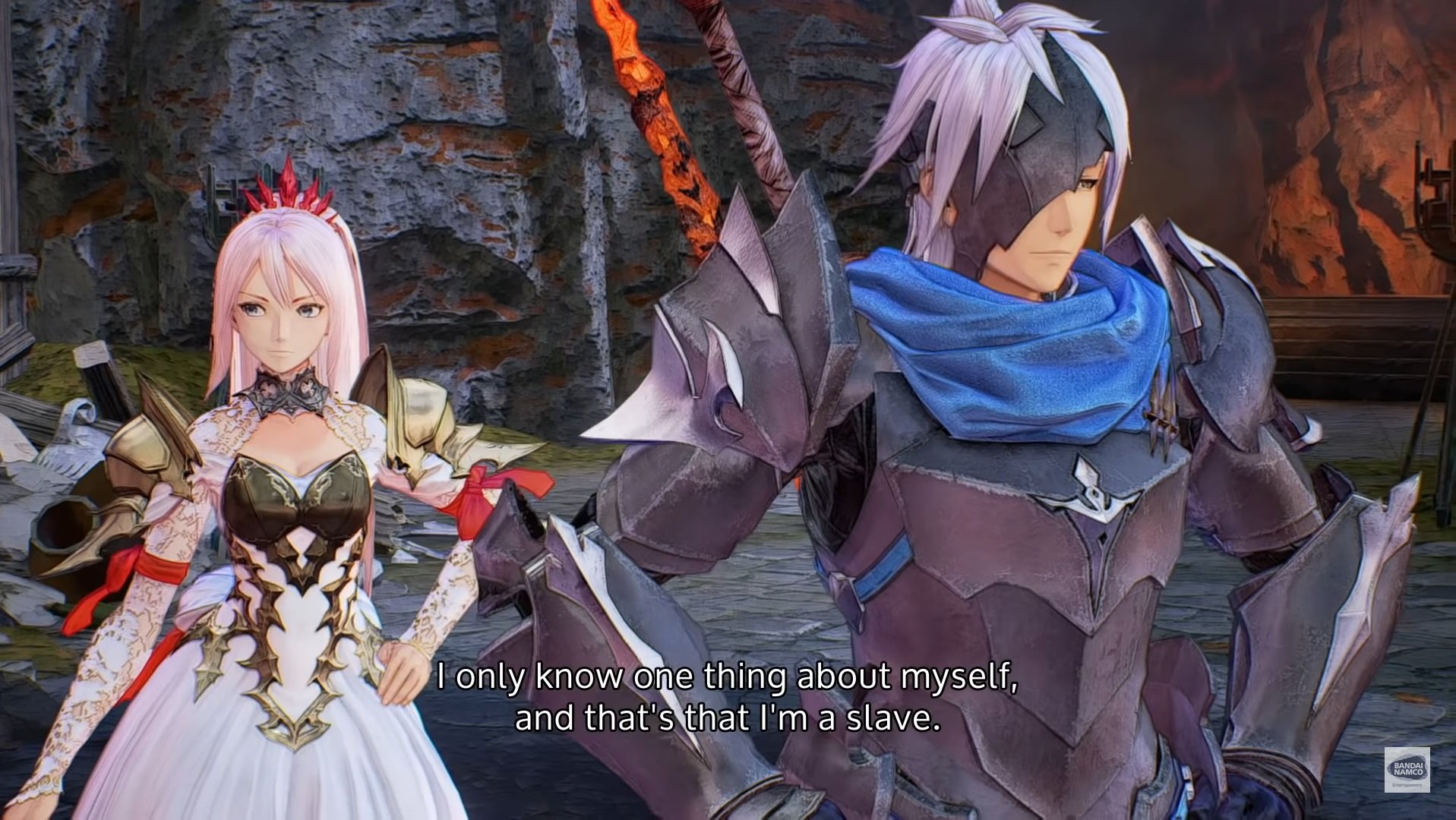 Bandai Namco published a new trailer for Tales of Arise on March 6, during the celebrations of the Tales of Festival 2020. Moreover, through the trailer, Bandai Namco announced a new development update for Tales of Arise will be coming in Spring 2021. Back at the Tales of series 25th anniversary stream in December 2020, producer Yusuke Tomizawa had promised news would be coming in 2021.

The new trailer features protagonists Alphen and Shionne. Shionne has a curse that inflicts pain to anyone who touches her. Alphen lost his memory and can’t feel pain. Tales of Arise also features two planets. Alphen’s homeworld is Dahna, while Shionne is from the more prosperous Rena people, who can also use magic. We detailed the story, characters and more info with our past Tales of Arise coverage

The trailer highlights what seems to be a contract like relationship between Alphen and Shionne. As Alphen can’t use his special burning sword without Shionne, and Shionne needs him for some kind of motive. Moreover, the trademarks at the end of the trailer hints that the game could be coming to PS5 and Xbox Series X/S. You can find the new trailer for Tales of Arise further below.

Tales of Arise is developed by multiple veterans of the Tales of series, who most notably worked on both Phantasia and Berseria. The first and last console games of the series. Producer Yusuke Tomizawa was also the producer of the God Eater series and Code Vein.

Tales of Festival 2020 was finally held, online only, on the March 6 to March 7 weekend. The event was postponed in 2020 due to the Covid-19 pandemic and the state of emergency in Japan. Fans had to buy a ticket to watch the event.

Bandai Namco publicly announced Tales of Arise at E3 2019 for PC, PS4, Xbox One. While initially planned for 2020, it was indefinitely delayed.

Trademarks in late 2020 hinted that the game could have a 2021 release date.

The post Tales of Arise Reveals New Update With Tales of Festival Trailer by Iyane Agossah appeared first on DualShockers.