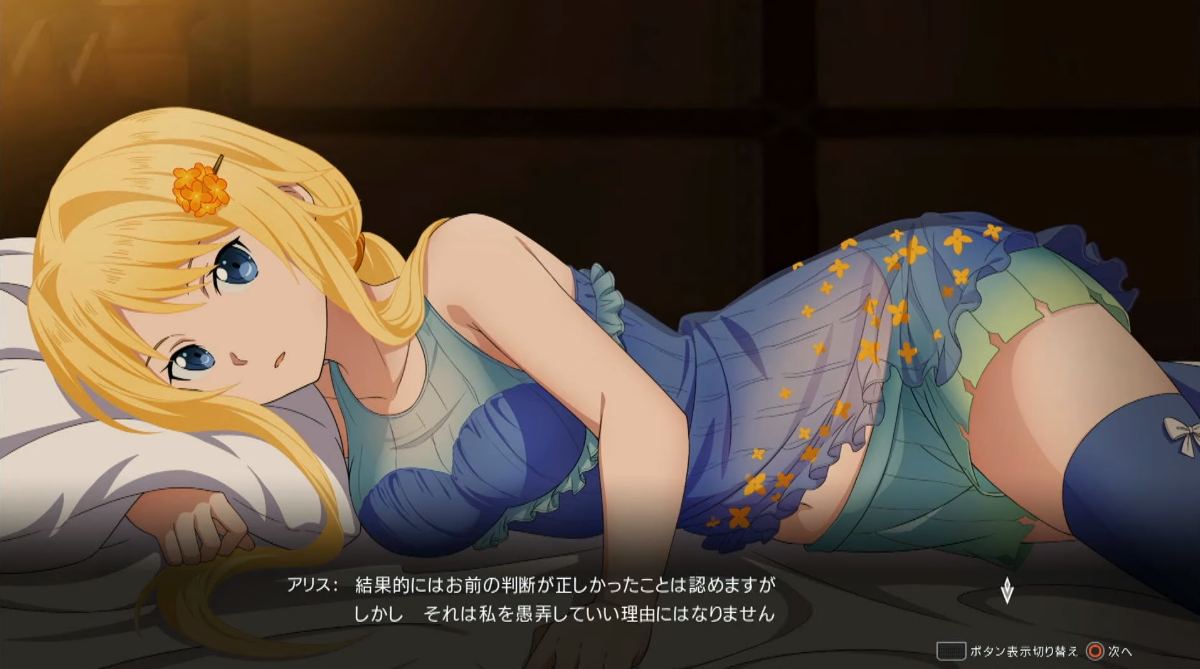 Bandai Namco and Dengeki Online held a stream for Sword Art Online games on January 13. The stream most notably featured new gameplay sequences for Sword Art Online: Alicization Lycoris, showing parts of bed scenes events with Asuna and Alice. These scenes unlock as you raise a character’s trust and are a staple of SAO games, so an official confirmation they’re back isn’t much of a surprise. Producer Yousuke Futami kept it a secret how many bed scenes there are in total. He also kept his lips shut regarding whether Eugeo (and other male characters) will get bed scenes or not. It’s worth mentioning that Sword Art Online: Hollow Realization already included Eugeo bed scenes, and seeing how huge of a role Eugeo plays in Alicization, it’s all but confirmed he shares a bed with Kirito. 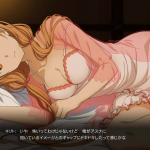 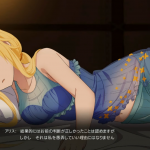 The first bed scene event excerpt we’ve seen is with Kirito’s official wife Asuna. Long story short, they chat about their memories from back in the SAO death game. Then we’ve got part of an Alice bed scene event, with Kirito and Alice chatting about what happened at Central Cathedral. Each event was commented on through fun interjections by Yoshitsugu Matsuoka/Kirito and Ai Kayano/Alice, who most notably mentioned Alice’s bedwear is pretty well designed, keeping in touch with her gold and blue theme colors. They shared some more pointless and fun comments but I couldn’t grasp everything as they chat over the game dialogue, making their comments harder to hear.

In any case, we’ll be able to sleep with Asuna, Alice, probably Eugeo, and many more characters in Sword Art Online: Alicization Lycoris and its bed scenes starting May 22, on PC, PS4 and Xbox One. In the meantime, you can check out the game with our previous coverage. We’ve seen the Alice and Asuna first meeting cutscene, we’ve got the latest trailer, some Asuna battle gameplay and the winning entries of the costume designing contest, a story trailer, more gameplay with new original character Medina, and an in-depth explanation of how the battle system works.

If you’re into SAO and wish to support DualShockers, you can preorder the game via Amazon. The stream is included below. Here’s timestamps: Asuna event: 26:48, Alice event: 30:34.

PS5 Will Reportedly Have PS5 Exclusive Titles at Launch
Yu-Gi-Oh! Duel Links Third Anniversary Celebration Announced
Cyberpunk 2077 Developers Will Crunch “To Some Degree”
Horizon Zero Dawn is Reportedly Coming to PC this Year
DOOM Eternal Takes Us to Hell with a New Story and Gameplay Trailer