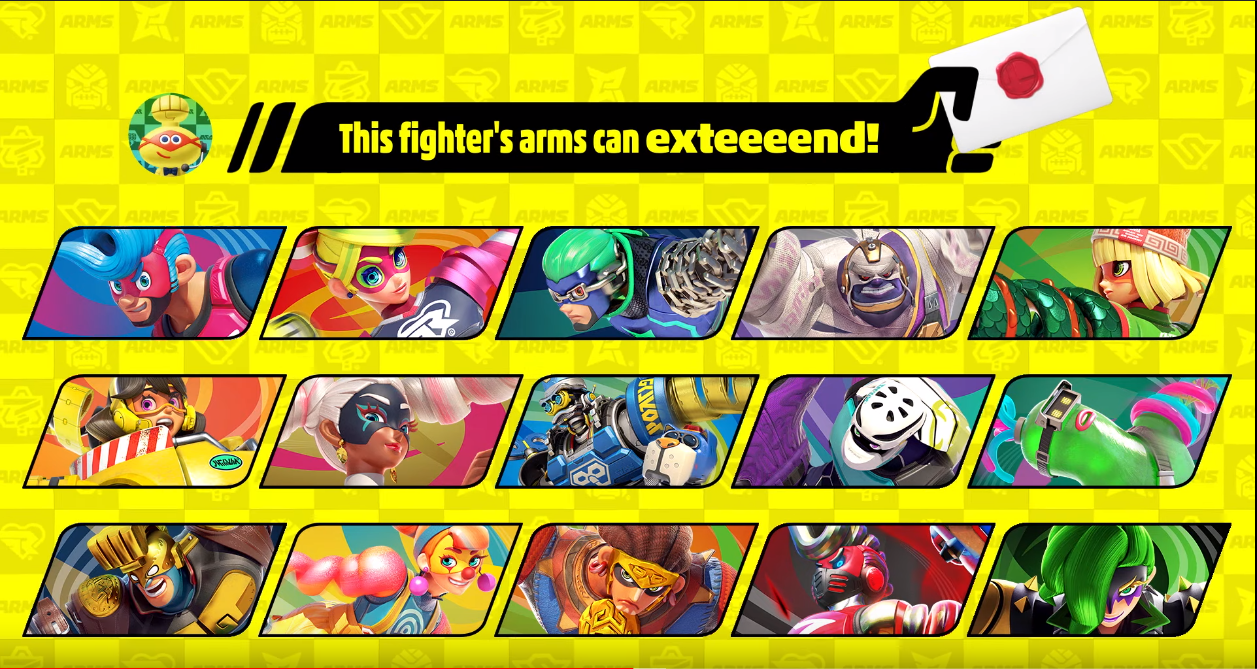 During Nintendo’s surprising Direct Mini that released this morning, it was confirmed which franchise will next feature a character on the roster of Super Smash Bros. Ultimate.

In what is likely the least surprising Smash-related announcement that Nintendo has ever done, it was confirmed that the next DLC fighter in Ultimate will come from the ARMS series. Originally released back in 2017, ARMS is a fighting game from Nintendo that features a number of characters with long, stretchy arms that they use to beat one another up. ARMS is already represented in Super Smash Bros. Ultimate to a certain degree right now as one of the game’s characters, Spring Man, is an Assist Trophy in the title.

As for just which ARMS character will be joining Super Smash Bros. Ultimate’s roster though, well, it wasn’t said. For one reason or another, Nintendo didn’t confirm the actual fighter that will be joining Smash and instead simply revealed the franchise that they belong to. It’s one of the game’s stranger unveilings, for sure.

Luckily, we won’t have to wait too much longer to learn not only this fighter’s identity, but see them added to Super Smash Bros. Ultimate itself. Nintendo confirmed that later this year in June, this mystery fighter from ARMS will both be announced and released in the month. Given how Super Smash Bros. Ultimate DLC characters have operated in the past, there’s a fair chance that we’ll see the game’s director, Masahiro Sakurai, give a full-blown presentation for this new character prior to their formal release on the same day.

Whoever this ARMS fighter ends up becoming, they’ll mark the first addition to Smash Ultimate’s Fighters Pass Vol. 2. In total, six more DLC characters are set to arrive in this pass before officially wrapping up Ultimate’s post-launch phase. While I personally find an ARMS addition to be an odd one, especially as a native Nintendo representative (Sakurai please add Waluigi), there’s a fair chance that this character will be pretty fun to play as considering just how wild their move set it sure to be.

The post Super Smash Bros. Ultimate’s Next DLC Fighter Will be from ARMS by Logan Moore appeared first on DualShockers.