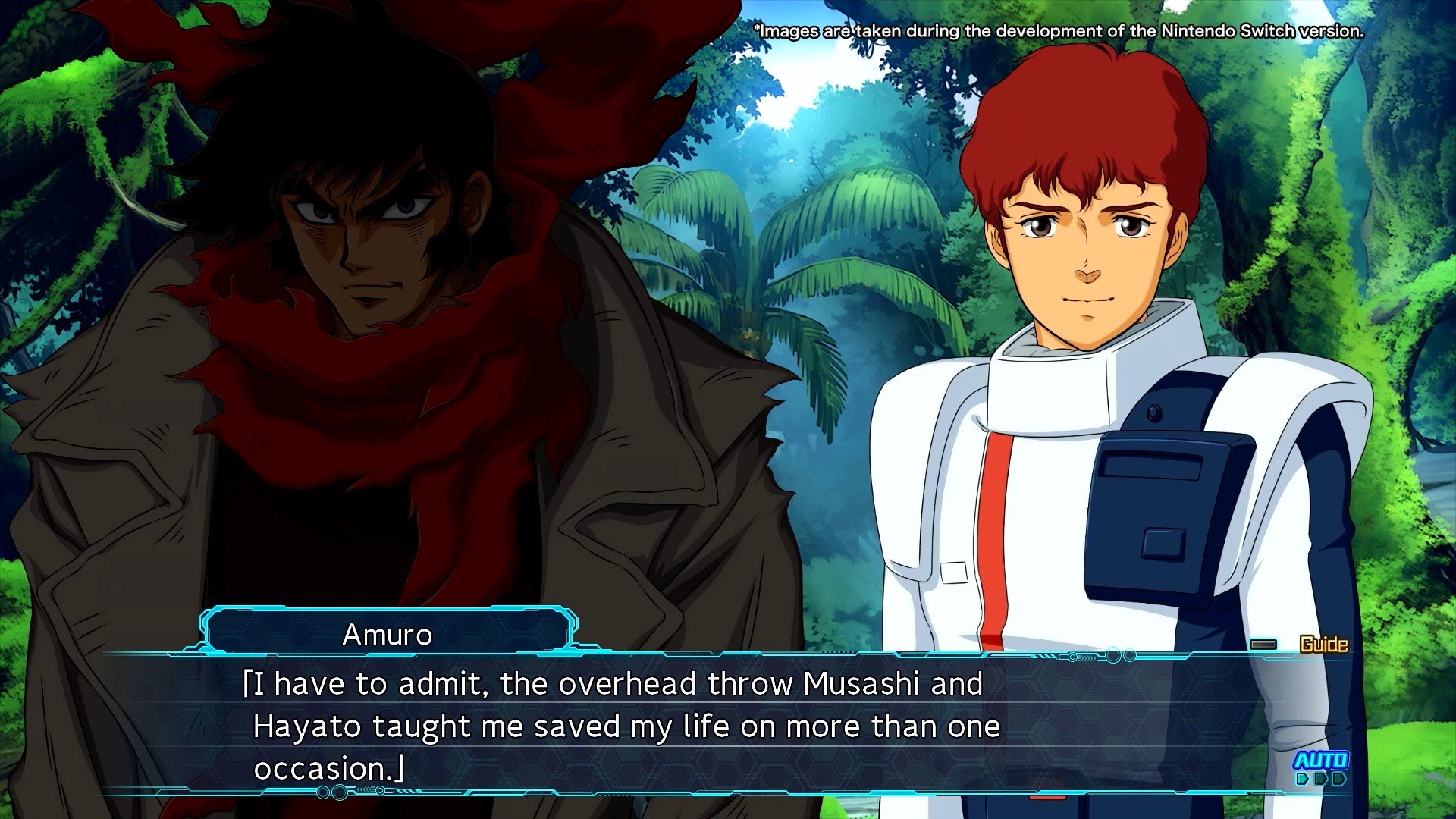 Bandai Namco first announced Super Robot Wars 30 on the Japanese Nintendo Direct E3 2021, held on June 15. It was obvious since 2019 for any fan of the franchise that Bandai Namco would release a game for the anniversary. SRW 30 was also teased by producer Takanobu Terada on the March 5, 2021 stream. The anniversary event will reveal the full series list for the game, which for now includes:

The event is happening on July 11 at 7 AM EST. Click here for a table with other time zones, and here’s a countdown.

The event is also divided into two parts. The first part will be 3h30m long, then we’ll get a 30m break, and the second part will last for 1h40m.

You’ll be able to watch the SRW 30th anniversary stream on Niconico and YouTube.

The stream will be MC’ed by the usual comedy duo, Gattsuki Taika. It’ll also feature:

Other unannounced guests will also appear.

Producer Terada shared some hints on Super Robot Wars 30 on Super Robot Taisen OG Radio Umasugi Wave episode 753. The episode was published on June 22. It was the first episode after SRW 30 got announced at the E3 Nintendo Direct.

Producer Terada didn’t give out a specific date, but he hinted that development for Super Robot Wars 30 development began at the earliest in 2019. And how the mecha anime airing now weren’t even officially announced yet when they started working on the game. So you shouldn’t expect any super recent series.

Terada also explained the game had a different name at first. It wasn’t a letter because they’re running out of these, but a word, like “Compact/Impact”. However, another game with the exact same word in its title was in development, so they changed it to SRW 30. My personal guess is that the anniversary game was originally called SRW Nexus, and they changed it because of Scarlet Nexus.

Episode 755, published on July 6, also had some more teasers from Terada. He mentioned it was pretty difficult finishing the trailer but he’s done with it now. He also said that the series that were already revealed will be shown first and in the same order as the Nintendo Direct trailer. The new series will be shown after the Lancelot, so look forward to it.

Lastly, Takanobu Terada said there are several unnanouced guests who will show up at the event, and it’s a miracle how all their schedules could line up for this day. They purposfully did not reveal the full list of guests to avoid spoiling some of the series in SRW 30.

In related news, recently, Umasugi Wave started a new segment where Terada shares some specific development stories on older SRW games. I’m always behind on the show myself because of a huge lack of time, but you should definitely check it out if you can.

If nothing goes wrong, note that I’ll be restreaming the SRW anniversary event while live translating the important details. I’ll be sharing the stream’s link on Twitter @A_iyane07.