During the game’s open and closed beta periods that took place over this past weekend, I expected to be even more impressed upon sinking a larger amount of time into the multiplayer. Unfortunately, I now have more concerns and reservations with Battlefront II than I would like to admit.

Like many others, my foremost issue with Battlefront II stems from the use of loot crates. Yes, a loot box system has invaded Battlefront II and the rewards that you can receive from these crates include new weapons, weapon modifications, and stat bonuses, to go along with some cosmetic rewards like character stances and more skins for Hero characters. If the beta is an indication of the full game, everything that you will need to alter your characters or equip new items will come randomly from these crates. That sucks.

The problems that many fans had with the 2015 Battlefront are understandable, but as someone who has poured almost 100 hours into the game, the one thing I really loved was the unlockables system — especially after the advent of Hutt Contracts.

Battlefront did a fantastic job of providing you with real challenges and goals in order to unlock new gear. It made me feel like I was working towards something worthwhile and oftentimes made me adapt to new playstyles. Loot crates, on the other hand, are just a crap shoot. Even when I would get a good pull from a crate in the beta, it was unsatisfying because I had done nothing other than have dumb luck.

What bothers me the most about the new loot crate system is the way in which Star Cards are tied to class progression. If you didn’t already know, Battlefront II now has four classes that you choose from in multiplayer. Each class has its own unique set of Star Cards and your class level will increase as you earn more cards for that class. However, that means that if you have a preferred class that you enjoy playing as but you can’t get any Star Cards for that class in your loot crates, then you’re out of luck. The random nature at which you receive Star Cards means that you might consistently earn cards for classes that you don’t even enjoy playing as leaving the classes that you do like at lower levels. There’s no player choice.

“Knowing that I could spend thousands of credits in Battlefront II and still not get the specific Star Card or item that I desire is more than frustrating, it’s a straight-up slap to my face.”

The larger concern that I (and I’m sure others) have with this system is that it might end up being “pay-to-win.” Those who are willing to spend real money to earn more of these Star Cards will have clear advantages out of the gate compared to those who try to progress naturally.

The only thing that would make me think otherwise is that most of the Star Cards I earned while playing the beta kind of sucked. While they would give me statistical boosts, their effects seemed minimal. This might change as you begin to upgrade the cards the more you play, but their stat increases initially seemed weak.

While I’m not sure if Battlefront II will necessarily be pay-to-win, I don’t like the implementation of loot crates in any way. Despite the complaints that many had with 2015’s Battlefront, I greatly enjoyed the weapons and cosmetics system that allowed players to freely purchase whatever it is they wanted, as long as they had the credits to spend. Knowing that I could spend thousands of credits in Battlefront II and still not get the specific Star Card or item that I desire is more than frustrating, it’s a straight-up slap to my face. Loot crate systems like this don’t respect the time investments that players make. 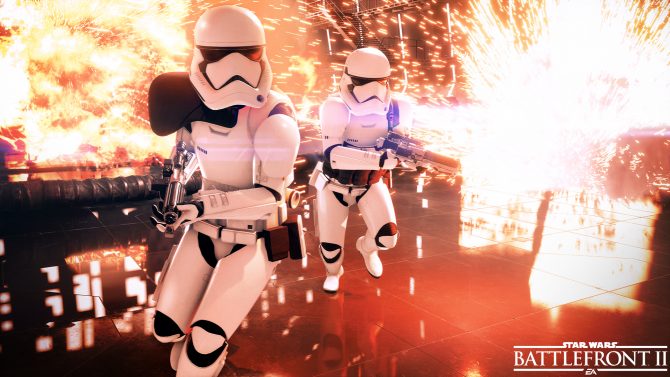 Loot crates aside, the gameplay and actual matches in the Battlefront II beta were a ton of fun. The new battle points system is a breath of fresh air compared to the tokens from the last Battlefront, and the core shooting mechanics feel relatively solid.

I had some minor issues with the aiming reticle not standing out well enough on my HUD, along with enemies blending in too well within the Naboo environment. The Naboo map as a whole I also didn’t care for structurally, and I’m hoping that other maps within the full game will be more to my liking.

Starfighter Assault was a blast to play and the added features in this area of the game really stood out. Each match felt like it had more well-defined objectives compared to last time, and the larger variety of ships was much appreciated. The Starfighter mode in Battlefront was one that I didn’t play very often, but I think this time around it could have a lot more staying power.

Another issue that I found dealt with balancing in the Galactic Assault game mode. In every single match that I played of this game type, the Separatist army lost. Currently, it seems far too easy to win as the Republic in this mode. It feels reminiscent of when Walker Assault felt unbalanced in the original beta for Battlefront in 2015. By launch, Walker Assault had appropriately been balanced and I’m hoping the same will happen this time around with Galactic Assault. 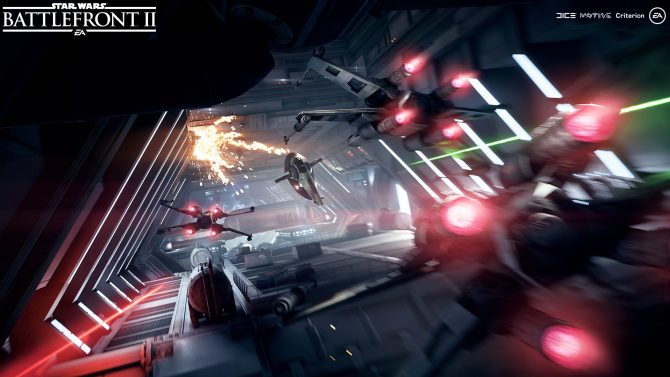 I still believe that Star Wars Battlefront II has the potential to be a fantastic game, but I’d be lying if I didn’t say that the beta has left me with a bad taste in my mouth. Certain issues like game balancing can probably be fixed ahead of launch, but the loot crate system as a whole is far too integral to the multiplayer experience. Despite the issues that were created with the season pass in the last Battlefront, I would’ve rather once again had a season pass for Battlefront II if it had prevented this dreadful system.

I’m still excited to check out the full release of Battlefront II on November 17, but the beta definitely makes me think that I might not be sticking around too long after launch.