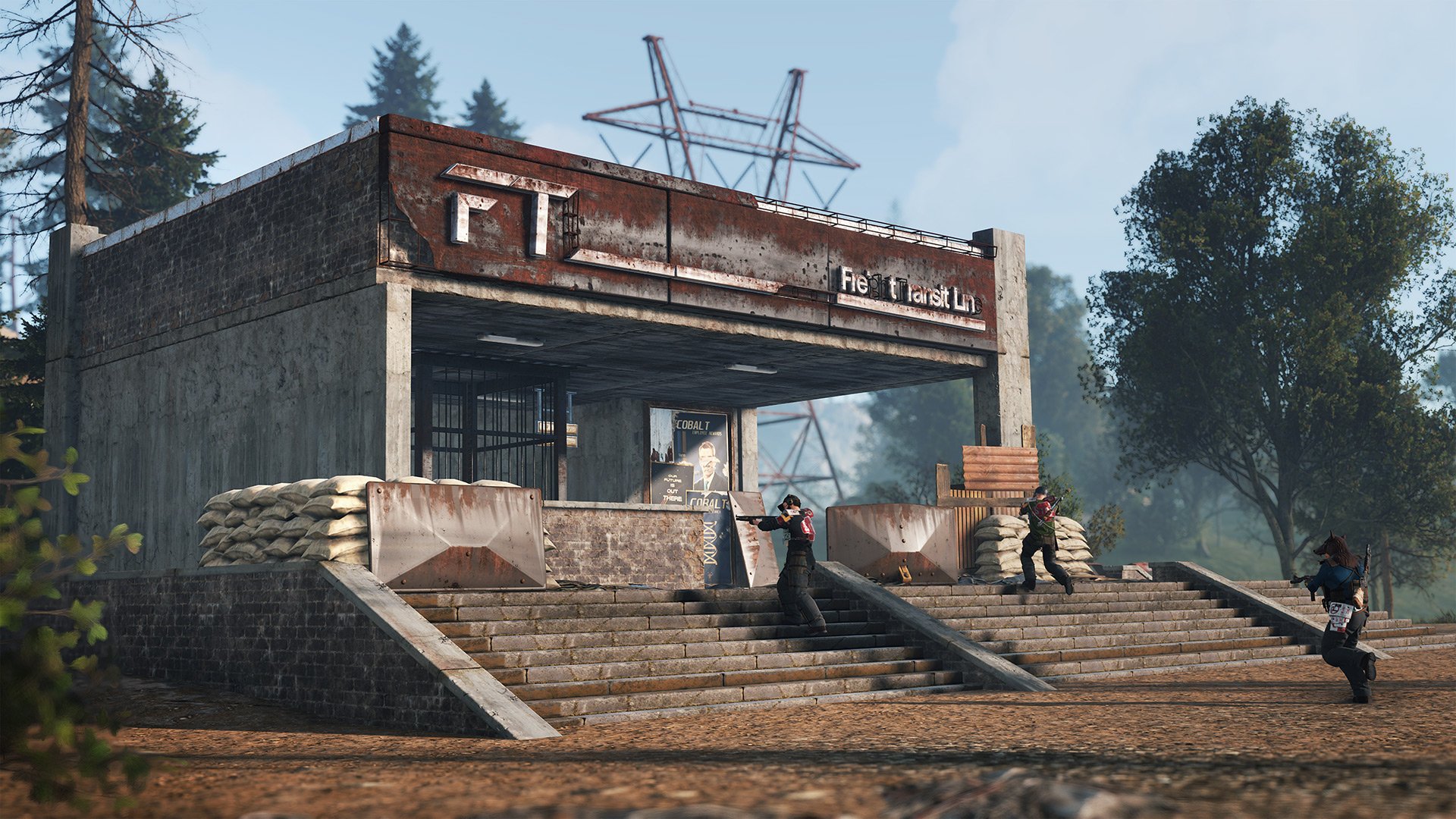 With the latest Rust update, players can now discover a large underground train system. There’s a lot to discuss regarding the new freight transit line, so we’ve put together everything we know about the big addition.

With the new update, the developers of Rust have also revealed the latest round of Twitch Drops. We’ve got all the info below on what’s available in Round 6.

We’re going to breakdown the biggest addition of the Rust March Update, but if you want to know all the nitty-gritty details you can find the patch notes here:

If you want to jump right into the new train line, you’ll need to look for train entrances that are now scattered across the map. According to the official Rust blog post, you’ll find these entrances next to existing monuments. When you step inside the small building, you’ll find it goes deep underground and leads to a vast rail network that has driveable carts! Players will be able to get down to the rail lines via the spiral staircase, or the elevator shaft. Be careful when you reach the bottom, there’s likely to be hidden dwellers that will try and kill you. But the risk does come with a reward, you’ll find a lot of loot down below.

At the end of every platform, players can find a driveable work cart, and according to the developers they plan to add even more track segments in the future.

The driveable work carts require Low-Grade Fuel to use, but once you get going, you’ll be traversing the map at a rapid rate. Each work cart has 6 different throttle settings, 3 forward and 3 reverse. Be careful, if you leave the work cart on one of the throttle settings, it won’t stop when you get out! It’s not advisable to put the work cart in full throttle and go AFK, as there are NPC barricades located in the tunnel system that will damage your work cart if hit at a high speed. Players will hear an alarm when approaching a barricade, so you’ll be able to adjust your speed and break through the barricade at a slower speed without any damage to the cart.

If you haven’t already, jump into the new update and let us know in the comments what you think of the new train system in Rust!

The latest round of Twitch Drops for Rust look to be celebrating the game’s most notable content creators. Creators involved in this round of drops include:

If you want to get your hands on some exclusive Rust items, all you need to do is watch the listed Twitch streamers for a minimum of 2 hours. You’ll also need to make sure your Twitch and Steam accounts are linked to claim the items.

Check out all of the items for Round 6 of the Twitch Drops at the official Facepunch website, linked below.

The post Rust: Breaking Down New Train Addition and Round 6 Twitch Drops by Kyle Knight appeared first on DualShockers.