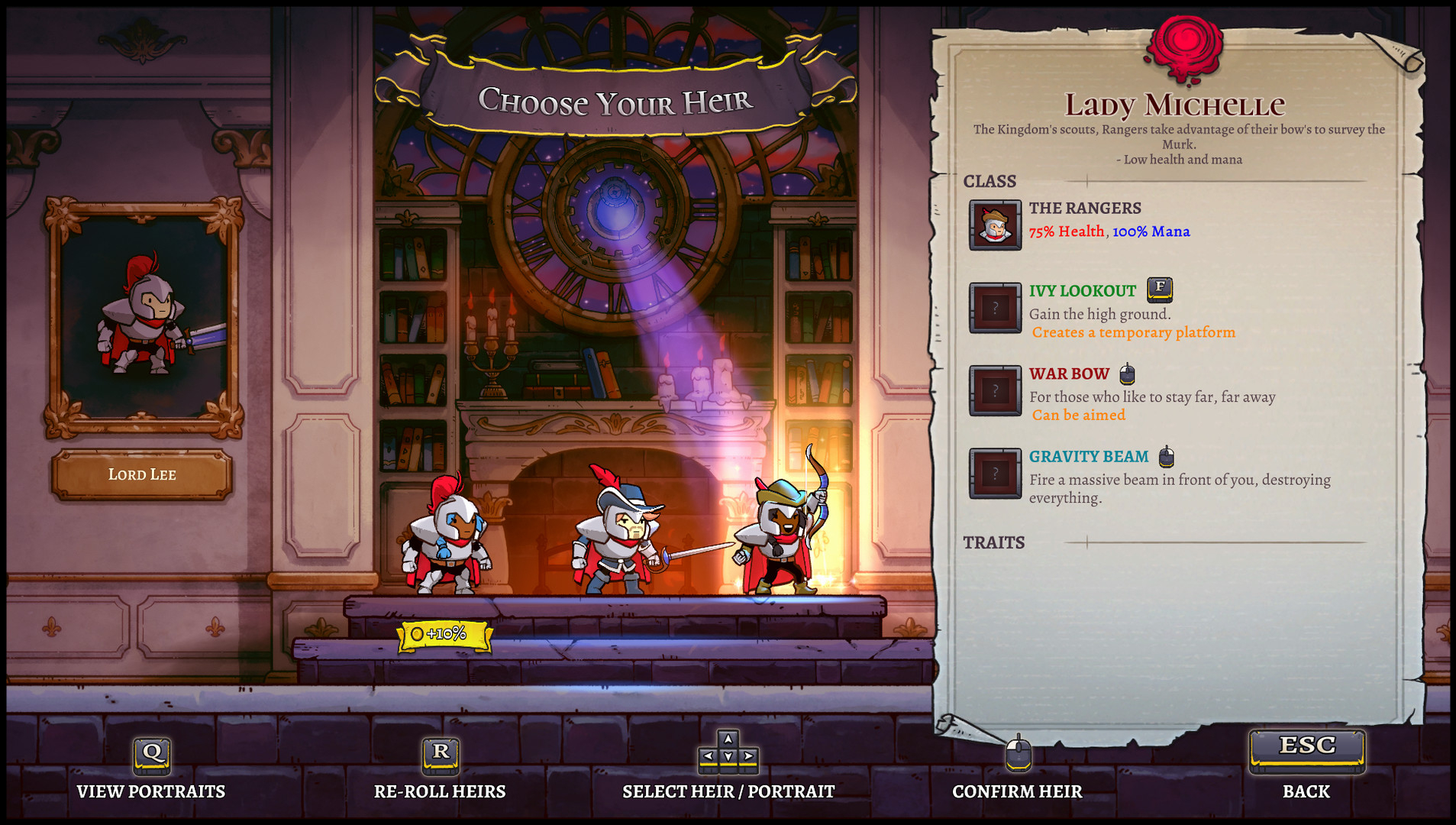 Rogue Legacy 2 was officially revealed earlier this year. The follow-up to Cellar Door Games‘ hit roguelike brings an entirely new visual style. Today, the team dropped a new trailer, which let us know the game is coming to early access next month. It also gives us a quick look at the new toys the sequel is adding. Expect a game full of special powers, deadly enemies, and farting. Give the trailer a watch below.

As you might expect, Rogue Legacy 2 looks like a lot more of the same. That doesn’t mean nothing has changed. It just means that Cellar Door knows what made the first game successful and wants to give fans more of that. Lots more of that, to be fair. You play as latest in a long line of adventurers trying to brave a deadly castle. You’ll have plenty of tools at your disposal, but the real fun comes when you die.

On death, you’ll select a new heir to take over your quest. Your new playable character comes with their own set of traits and skills, but you don’t lose everything from your past self. You can purchase persistent upgrades after death that help you progress through the game.

Rogue Legacy 2 looks to add several more options for character traits and ways to progress. Most notably, each character class will now have their own weapon. So, instead of everyone using a sword, now you’ll get characters wielding bows, lances, and ladles. Truly, the weapons of a real warrior.

Further, the devs plan to introduce heirlooms. They say these will “fundamentally change how you play” and provide new opportunities for character development. Heirlooms will give the game more of a Metroidvania feel, something I’m very excited to see in action.

There’s so much new stuff coming to Rogue Legacy 2. On the surface, it just looks like more of the same, but we should all remember our mom’s wise words to “never judge a book by its cover.” Cellar Door Games is going all-out with this release. And, considering it’s launching into early access, we can only assume even more cool, new things are coming.

Rogue Legacy 2 launches onto early access via Steam and the Epic Game Store on July 23. I can’t wait.