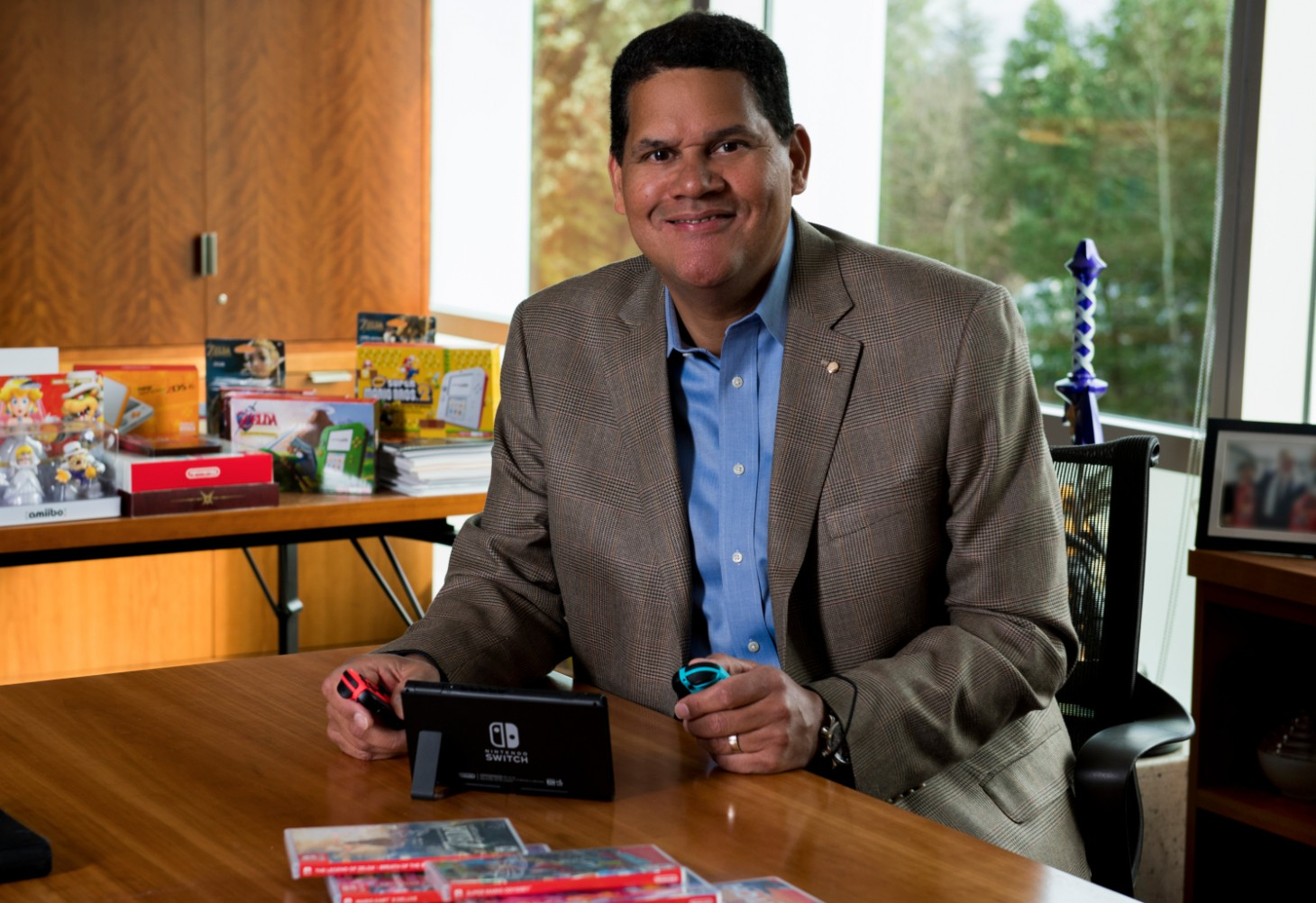 Since Reggie Fils-Aimé retired from Nintendo of America last April, the accolades have been pouring in. He’s been awarded the Walter Day Life Time Achievement Award from the Video Game Hall of Fame, and the Rock even offered him congratulations. It’s easy to see why: his 15 year career at the company was impressive–he oversaw every Nintendo hardware release from the Gamecube to the Switch–and he always carried himself with poise and good humor.

The @NYVGCC just announced I will receive their Legend Award. This group does such great work for the NYC community. I am truly honored. See you all on January 21, 2020. pic.twitter.com/bFYoZZIoHY

Along with past Legend Award winners Jade Raymond, Rockstar Games, and Todd Howard, Fils-Aimé certainly deserves such recognition. He started working for Nintendo in 2003, and he became President of Nintendo of America in 2006. He retained this position for 15 years until his retirement. During this time, he was a very visible and personable leader for the company. He set the bar very high for his replacement, Doug Bowser.

“We present Reggie with the organization’s Legend Award as a sign of our continued gratitude and admiration for his positive and lasting impact on the video game industry,” said New York Videogame Critics Circle founder and board president, Harold Goldberg. “Never before have we seen such a dynamic and captivating, yet approachable executive lead a gaming company and create such change in the industry.”

“I’m humbled and honored to be recognized with this award from an organization that I respect and admire,” said Reggie Fils-Aimé. “My passion for the work being done by the members of the New York Videogame Critics Circle inspires me to also give back to the community by participating in the mentoring and educational pursuits the organization does for students in the NYC area.”

Tickets for the New York Game Awards ceremony are available here. Those who cannot attend, though, will be able to tune into a livestream via Twitch and Mixer. Details on the livestream will arrive at a later time.