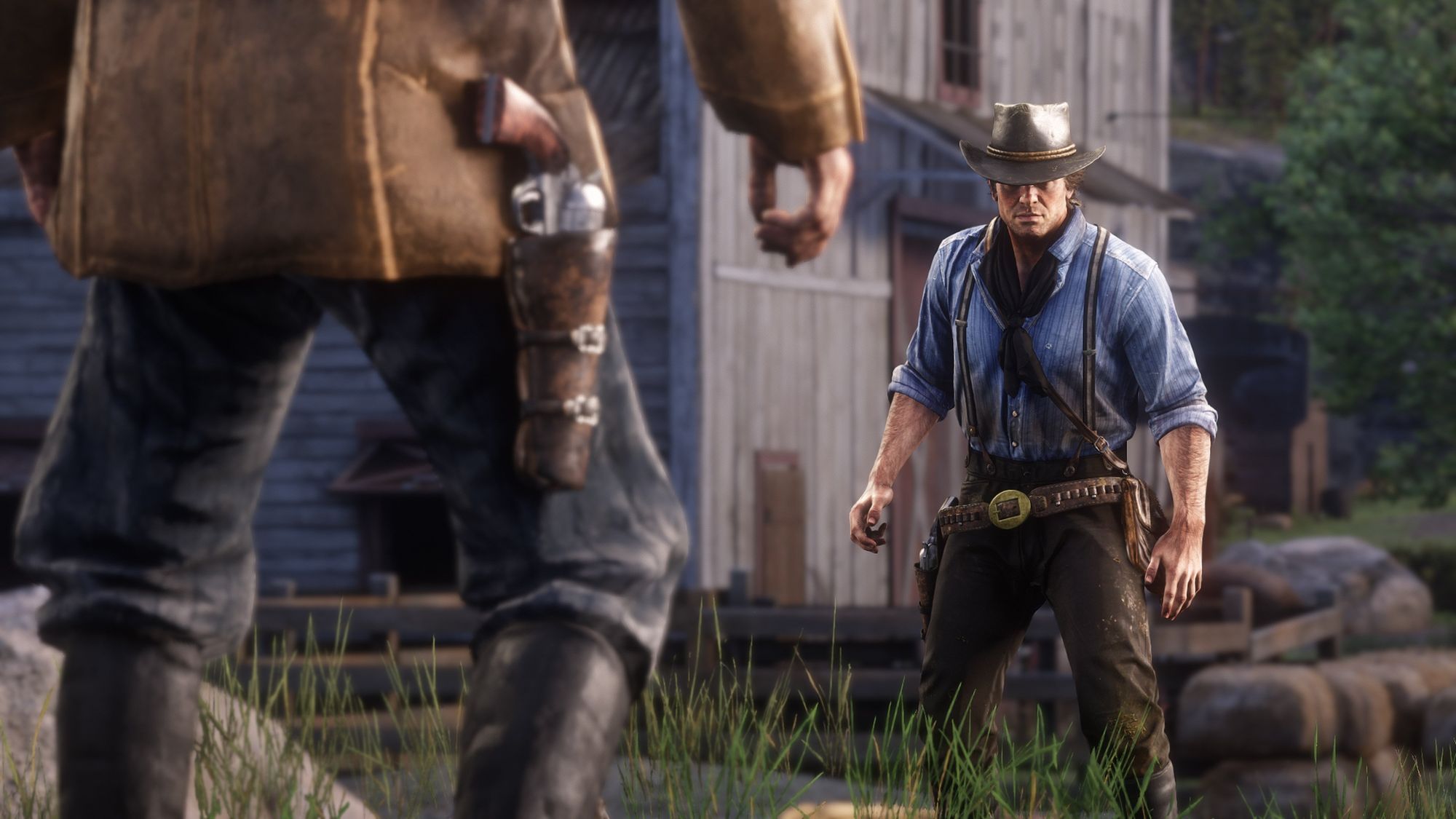 You’re just minding your own business in Red Dead Redemption 2, trotting around on your horse and taking in the views. Then, out of nowhere, some NPC starts giving you grief and throwing dagger eyes at you.

Usually, you’d either have to keep on trotting along or get off and beat the crap out of them, possibly, resulting in a bounty of your head in the process. But thanks to an insightful modder, there’s now a more reasonable and fair way of dealing with mouthy NPC’s.

Over on Nexus mods, Shtivi has created an add-on that allows players to walk up to an NPC, lock onto them and set themselves up for a duelling challenge to see who comes out on top.

Once prompted, players head on over to a blip that’s marked on the radar, get in position, draw your sidearm, and shoot or be shot.

This may be the Wild West and all that but there’s still going to be rules to follow, ya hear? If you happen to chicken out and get your panties in a bunch, your opponent can still attack you for being a big scaredy-cat.

Also, if you try and pull a fast one by trying to take your opponent down before they are ready, this too will cause them to attack you so, basically, just play fair.

If this sounds like something up your street, you can head on over to the Nexus Mods page to begin your duelling conquests. Just remember to read the instructions carefully beforehand.

The post Red Dead Redemption 2: Ever Wanted to Duel an NPC? Now’s Your Chance in New Mod by Rachael Fiddis appeared first on DualShockers.