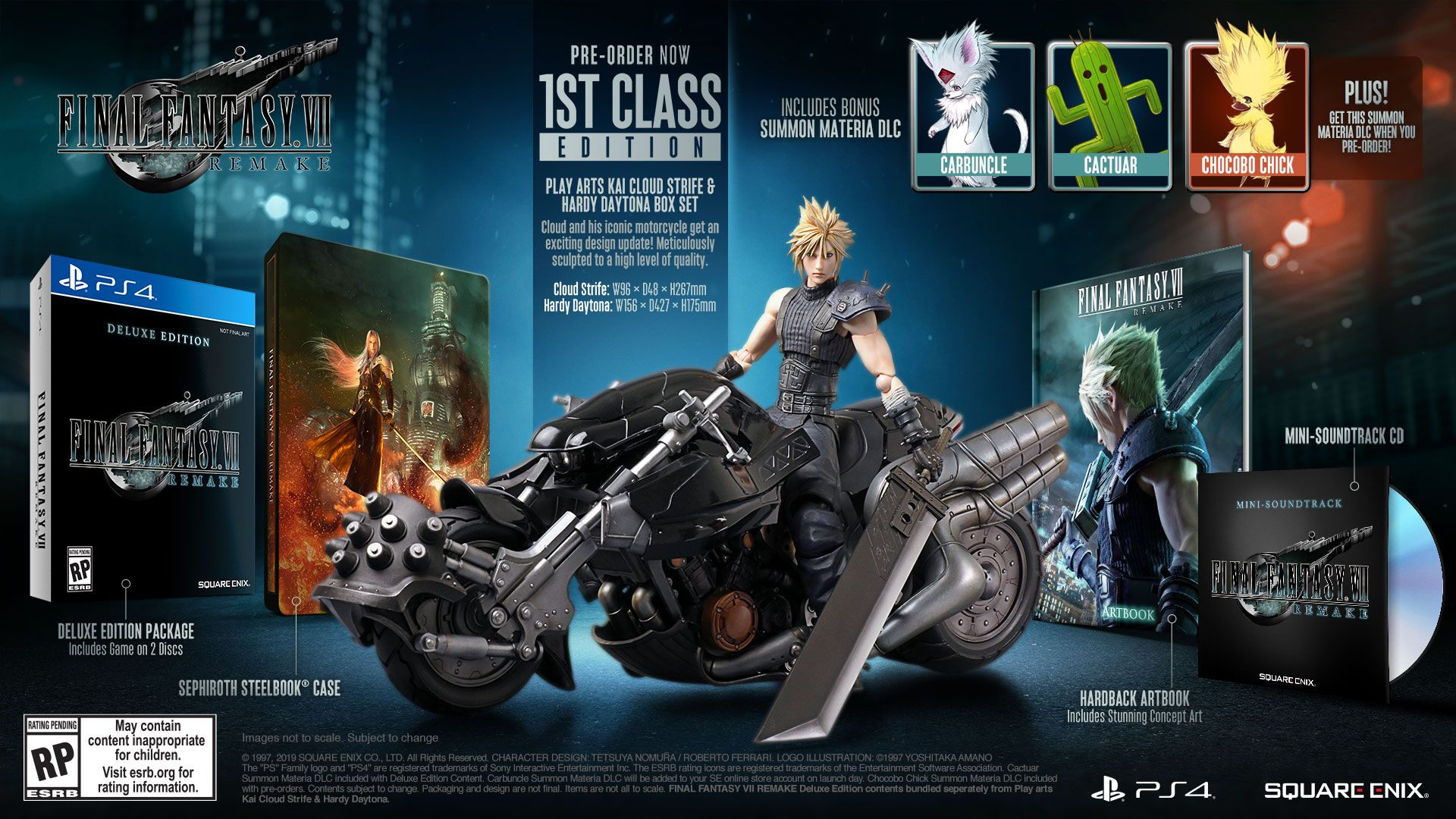 Earlier this year, Square Enix revealed the 1st Class Edition of Final Fantasy VII Remake and made pre-orders for the bundle available via the Square Enix Store. At the time, those who pre-ordered the $329 edition of the game that comes with a Cloud Strife statue didn’t need to pay a dime, but come next week, Square’s gonna come looking for its money.

Square started sending out emails to purchasers of the 1st Class Edition of Final Fantasy VII Remake recently and informed them that the bank account debits for pre-orders will start going through during the first week of December. Typically, Square acknowledged that it waits until a bit closer to release before charging customers for the product, but due to situations that have come about in the past, they’re opting to do things earlier than normal this time around.

Square Enix gonna start charging for FF7 next month, just in time to be broke for Christmas. @Wario64 pic.twitter.com/KoVlByErJ2

If this is all a bit too sudden for you though and you don’t happen to have the money in your bank account to pay for the 1st Class Edition right now, then fear not. Square states in the email that next week is just the first time at which charges will start automatically going through. If you don’t have the money on hand to pay for Final Fantasy VII Remake at that time and the purchase gets declined, it’ll automatically retry again at a later date leading up to release. You also won’t lose your pre-order or anything of that sort, so don’t worry about that.

Even though this is a bit earlier than normal, this is probably a smart move by Square and ensures that more fans will actually be able to get their 1st Class Editions come launch day and not after. Plus, you can always just pay off the value of the edition at any point on your own if you’d prefer to not wait for the automatic charge to go through.

Final Fantasy VII Remake is set to drop next year on March 3, 2020, exclusively on PS4. Part 2 of this new Remake saga is said to already be in development, but we have no idea when it’ll be arriving.