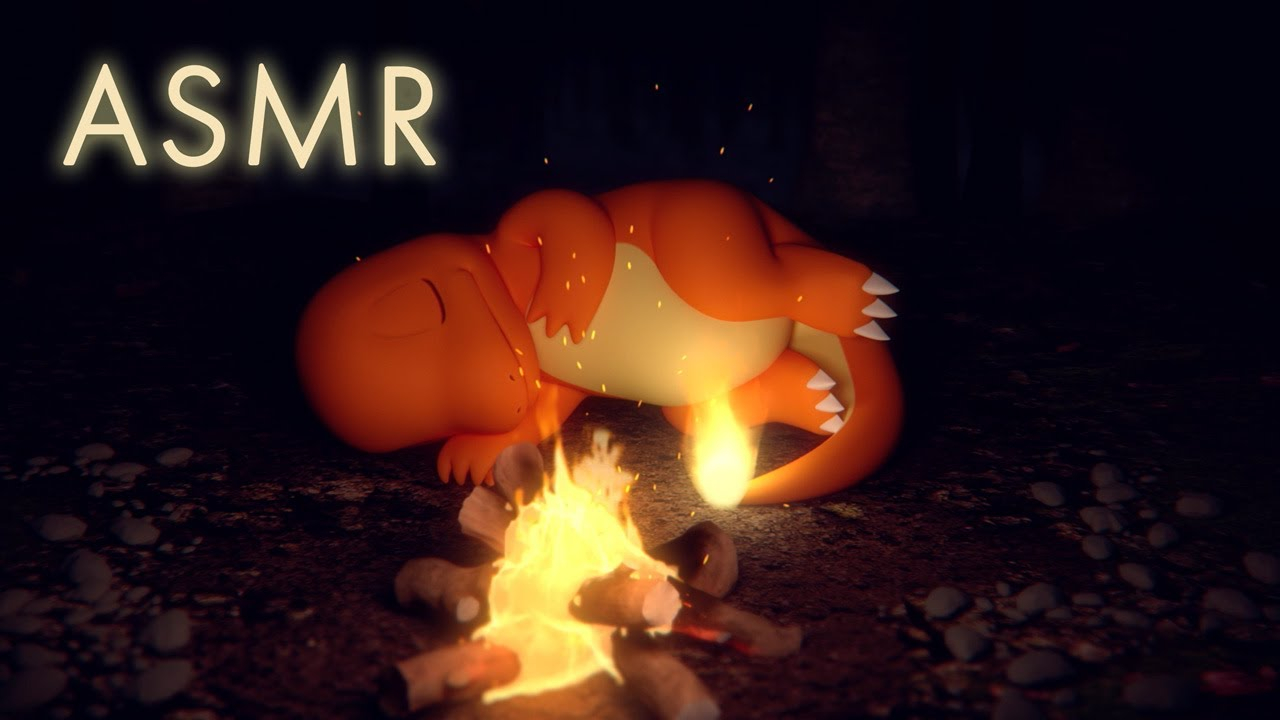 The official Japanese Pokemon YouTube published a Charmander ASMR video, where a Charmander is seen sleeping by a campfire producing crispy noises. The Charmander wakes up at times to reignite the campfire. Similarly, the Japanese Pokemon Kids TV YouTube, who regularly publishes sleep-inducing melodies and such, released an ASMR video of a Chespin eating snacks.

When you’ve spent a lot of time on the internet, whether you like it or not, the letters ASMR are assimilated inside your brain to some… things. As such, I can’t help but have a lot of various thoughts about all this. I certainly didn’t expect to write about this one day. ASMR stands for Autonomous sensory meridian response according to Wikipedia. Long story short, it’s how certain visuals or sounds can provoke, depending on the individual, emotions such a soothing feeling, or excitement or brain-melting like feel-good sensations. The 30 minutes Charmander sleeping ASMR video and the 8 minutes Chespin eating ASMR video are included below if you wish to try it out.

In related news, Pokemon Sword and Shield is getting an Expansion paid DLC with a lot of new content, rather than a Pokemon Knight or a Pokemon Gunblade, among other names for a third version I could think of. The remake Pokemon Mystery Dungeon: Rescue Team DX was also announced. This year’s Pokemon anime movie, Pokemon Coco, was also revealed a few days ago. You can catch its trailer and first details here.

And by the way, if you wish to hear my unneeded opinion on ASMR, I don’t particularly like or dislike it and it leaves me a bit indifferent. I’d also point out that I’m on the side which counts Pokemon generations by regions, not by release order. Including remakes like FireRed in Gen 3 instead of Gen 1 is wrong. Please don’t do that.