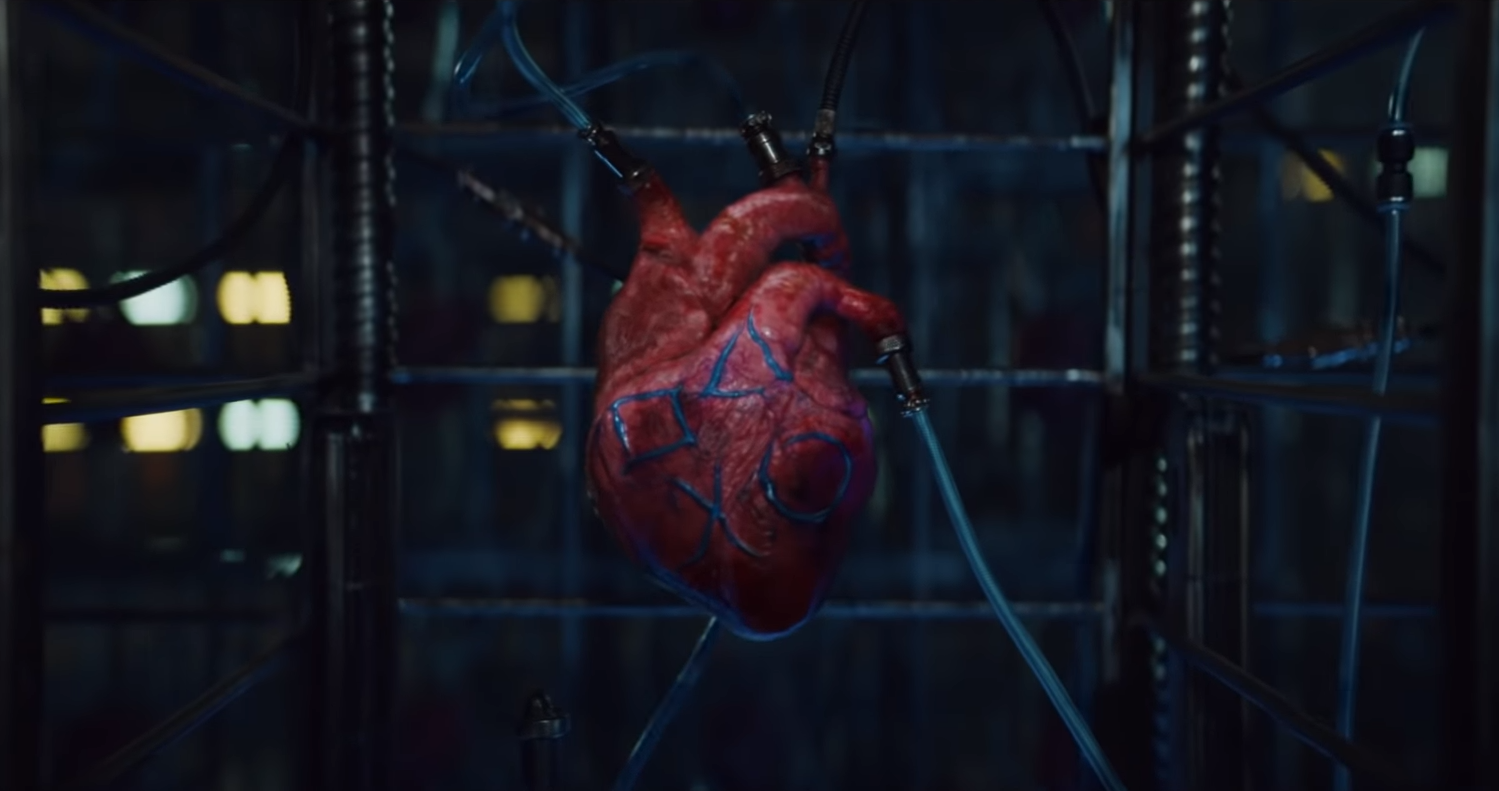 PlayStation has been known to make some downright strange commercials over the years, but today’s new ad that Sony has released to tie-in with Valentine’s Day might be one of the oddest we’ve ever seen.

PlayStation’s new ad is titled “Feel the Power of PlayStation” and it follows a group of soldiers that are descending into some sort of secret, underground tunnel. The commercial, which is entirely live-action, continues following this group of soldiers until they enter inside of a room where they find, to their horror, hundreds of human hearts. The strangest part of all, though, is that these hearts are all hooked up to PS4 consoles and are seemingly being drained to power the platforms. The ad then ends showing one of the hearts which contains the classic square, circle, triangle, and cross symbols that are synonymous with PlayStation.

So what exactly does this all mean? Uhh, I have no idea. It definitely says something about society, but I’m not sure what.

Again, PlayStation as a whole is no stranger when it comes to making oddball commercials just like this one. Only a few months back, Sony also released a commercial for Death Stranding and the PS4 Pro which has a similar tagline of “Feel the Power of Pro.” That ad featured a man who cried so hard while playing Death Stranding that he flooded an entire city. I’m not sure how PlayStation comes up with these wacky ideas for their ads, but I’m definitely inclined to believe that it may involve some recreational materials.

Anyway, if PlayStation is getting this weird with its PS4 commercials right now, I can’t wait to see what kinds of insanity we’ll start to get later this year near the release of the PS5.