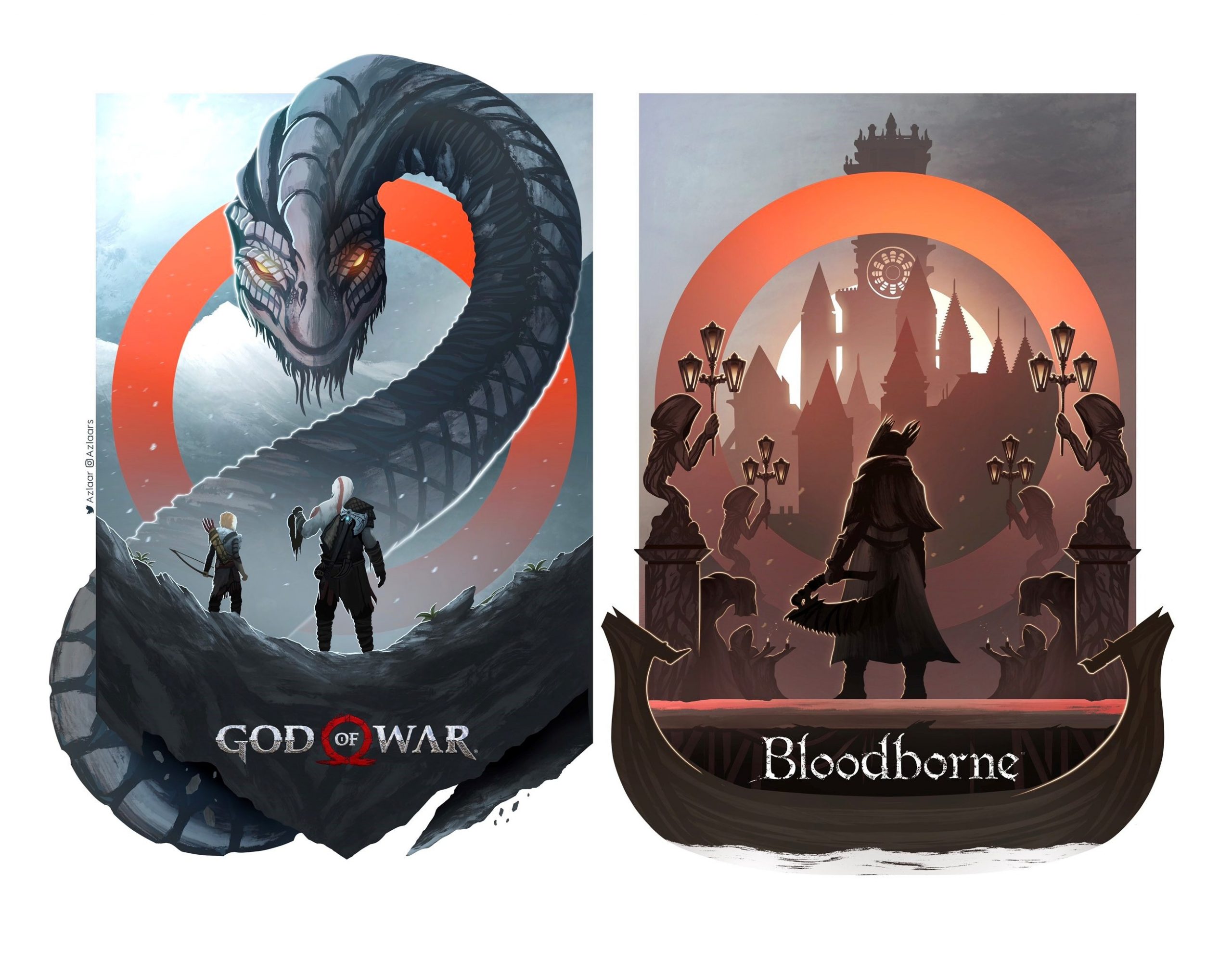 As we slip into the next generation of video games with the PS5 and Xbox Series X/S, there’s no doubt that the PS4 has had a magnificent run and will still continue to do so for some time. It’s given players incredible exclusives and hours upon hours of quality entertainment that has kept gamers firmly glued to their controller. It’s heartwarming stories like Joey Chiu who was first in line for PS4 and a PS4 Pro who was gifted a PS5 by Sony all the more important as we share our love for the console and what it means to us. In a tribute to the PS4, an artist has decided to show how much the PS4 meant to them in an incredible fan art piece showcasing PlayStation exclusives on the system.

Syed Ali Qaiser, a digital artist from Dubai, has taken his creative talents and incorporated them into some fantastic works of art that see the likes of Uncharted 4 and God of War up there with Syed’s favorite PlayStation exclusives on the PS4. Not only does he detail each illustration exceptionally well and his use of dynamic colors that make each piece stand out proudly on its own, but Qaiser also wanted to incorporate the familiar PlayStation symbols whilst also having a consistent theme running throughout. I think it’s so clever how Qaiser has, for example, taken PlayStation’s triangle button and placed it into the Journey art piece to make it look like one of the structures found within the game and also using the cross button symbol in the Marvel’s Spider-Man piece as a backdrop to Doctor Octopus’ four long mechanical arms.

You can check out the wonderful fan art illustrations below and if you fancy checking out more of Syed’s work, make sure to head on over to ArtStation where you will find even more of his eye-catching digital endeavors that include Cyperpunk 2077, Bloodborne, The Last of Part 2, Hellblade, Destiny and Red Dead Redemption – to name a few. If Syed’s PlayStation exclusive artwork is something you could see framed in your own home, you can purchase one, two, or the whole lot over in his online shop. 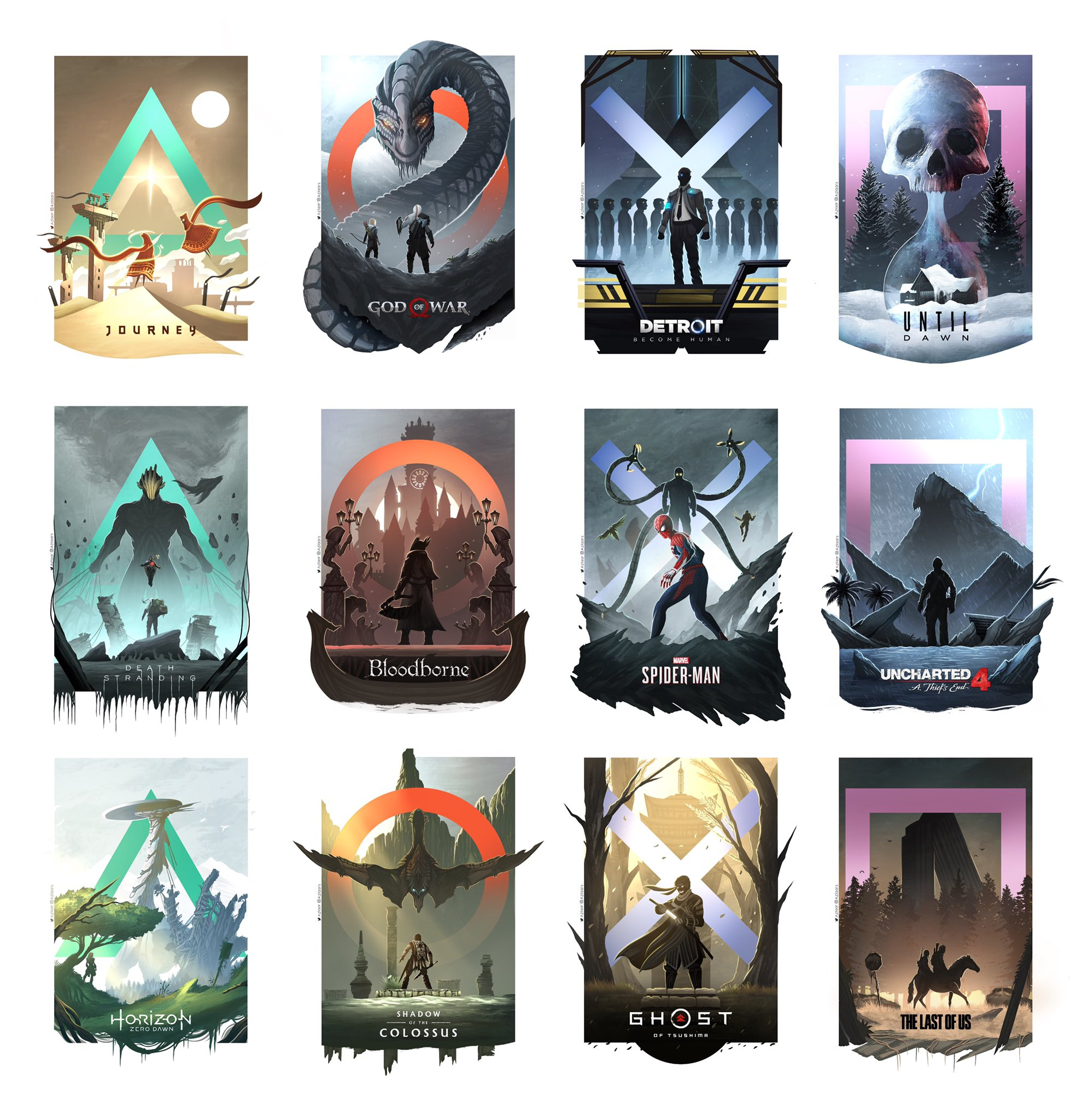 In more Playstation news, it has come to light that PS5 players cannot expand the console’s free space using external storage. Sony recently revealed that PS5 won’t support external SSD storage at launch, but the feature might be added to the console after launch. However, they have never talked about ordinary HDD storage. Also, it remains a mystery whether an external SSD storage could be as fast as PS5’s internal storage. Song has also revealed details on how you can transfer data from the PS4 to PS5. PlayStation provided a video via their YouTube channel that showed PS5 owners how to safely transfer data that includes one method of connecting both your PS4 and PS5 to the same WiFi network, signing into the same PlayStation account on both, and then transfer said data via your wireless Internet.

The PS5 is available right now in countries everywhere but, as we’ve recently discovered, the deliveries of the PS5 in the UK have been a complete disaster with many hopeful gamers not receiving their package or watching the delivery driver seemingly make off with their parcel. If you haven’t had the chance to pick one up yet or you are still awaiting a delivery, May the odds forever be in your favor.