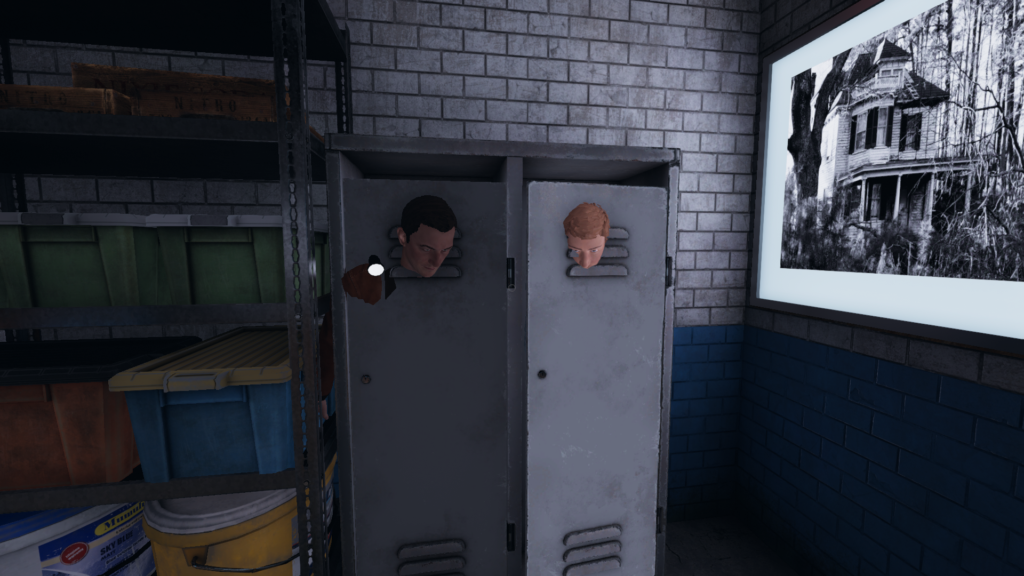 Phasmophobia launched last year coming up to Halloween, and players were loving the ghost hunts and swearing at the ghosts to spark a reaction. However, when the ghost did finally go on the hunt players were always shouting at their teammates to be quiet while the hunt was taking place. But developer Kinetic Games just revealed that there was no need to be quiet.

In the 4-player co-operative horror game, players can communicate using local voice comms and global voice comms. Local works by having players hearing one another providing they’re nearby. Global works in a similar way to radio, with effects and all. When the ghost goes on the hunt, the global voice comms become a static mess, leaving any players unable to communicate via radio.

And it’s probably for this reason that players assumed the ghost was listening to where you were. Although, another reason could be that the ghost is triggered by your voice communications anyway, such as reacting to what you say, and interacting with an Ouija board. So it makes sense to have it listening. According to Kinetic Games’ latest update on the beta build, the ghost will now hunt you down by listening for your voice.

Another small update is on the beta build with another new addition. #Phasmophobia pic.twitter.com/pfiegGP39x

This has left many confused. All those games violently shushing their teammates, all those games of hiding in corners not making a sound until the flashlight stops flickering. All of it was for nothing. Now though, players can expect to have the ghost listening for players who may be talking during the hunt. The studio also reveals that the ghost picks up voice communications at a certain level, so players can at least whisper without attracting attention.

Kinetic Games explained in an RT that many players thought that the ghost listening for players during the hunt was already a feature, even though it wasn’t. But now it is available in the latest beta build.

Phasmophobia is available on PC through Early Access and supports VR.

The post Phasmophobia Ghosts Now Listen for You When Hunting by Ben Bayliss appeared first on DualShockers.