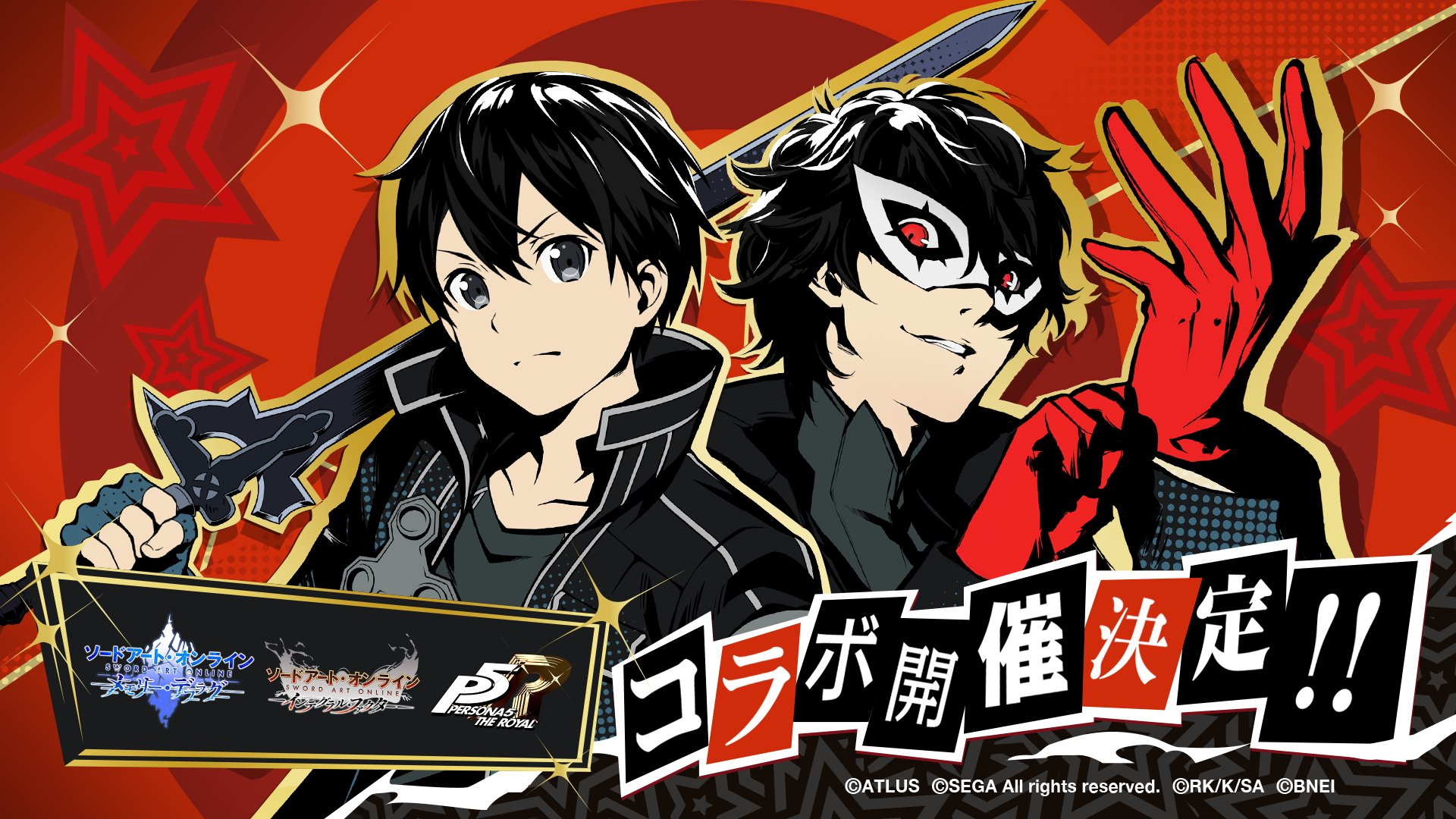 Bandai Namco, Sega, and Atlus announced two Sword Art Online games, SAO Memory Defrag, and SAO Integral Factor, will be getting a collaboration event with Persona 5 Royal. This means P5R characters and elements will make an appearance in these SAO games. The Persona official Twitter already confirmed the Phantom Thieves will be joining in, and the fact this is is a collab with P5R indicates new character Kasumi Yoshizawa will be part of the party. Nothing else was announced regarding the collaboration event for now, and we’ll learn more in February 2020, via the official site opened for the occasion. A pretty cool key visual with Kirito and Joker was also published.

Both SAO Memory Defrag and SAO Integral Factor are available in English on iOS and Android, though it’s unclear if these Persona 5 Royal collaboration events will also happen on the English servers. Personally speaking, these aren’t two games I’m playing, so I can’t say I’m particularly excited, but this is better than nothing. Some goods mixing the two franchises together would have been nice though.

Persona 5 Royal is pretty much getting everywhere and this is the third collab with big popular mobile games, following Star Ocean Anamnesis and Another Eden. The latest console SAO game, Sword Art Online: Alicization Lycoris, launches May 22, on PC, PS4 and Xbox One. As for Persona related games, Persona 5 Royal is launching on March 31 outside Japan, exclusively on PS4. Persona 5 Scramble The Phantom Strikers is also coming on February 20 on PS4 and Switch in Japan. That game wasn’t officially announced in the west yet but everyone and their cats know it’ll come over.

The post Persona 5 Royal Barges Into Sword Art Online for a Crossover by Iyane Agossah appeared first on DualShockers.