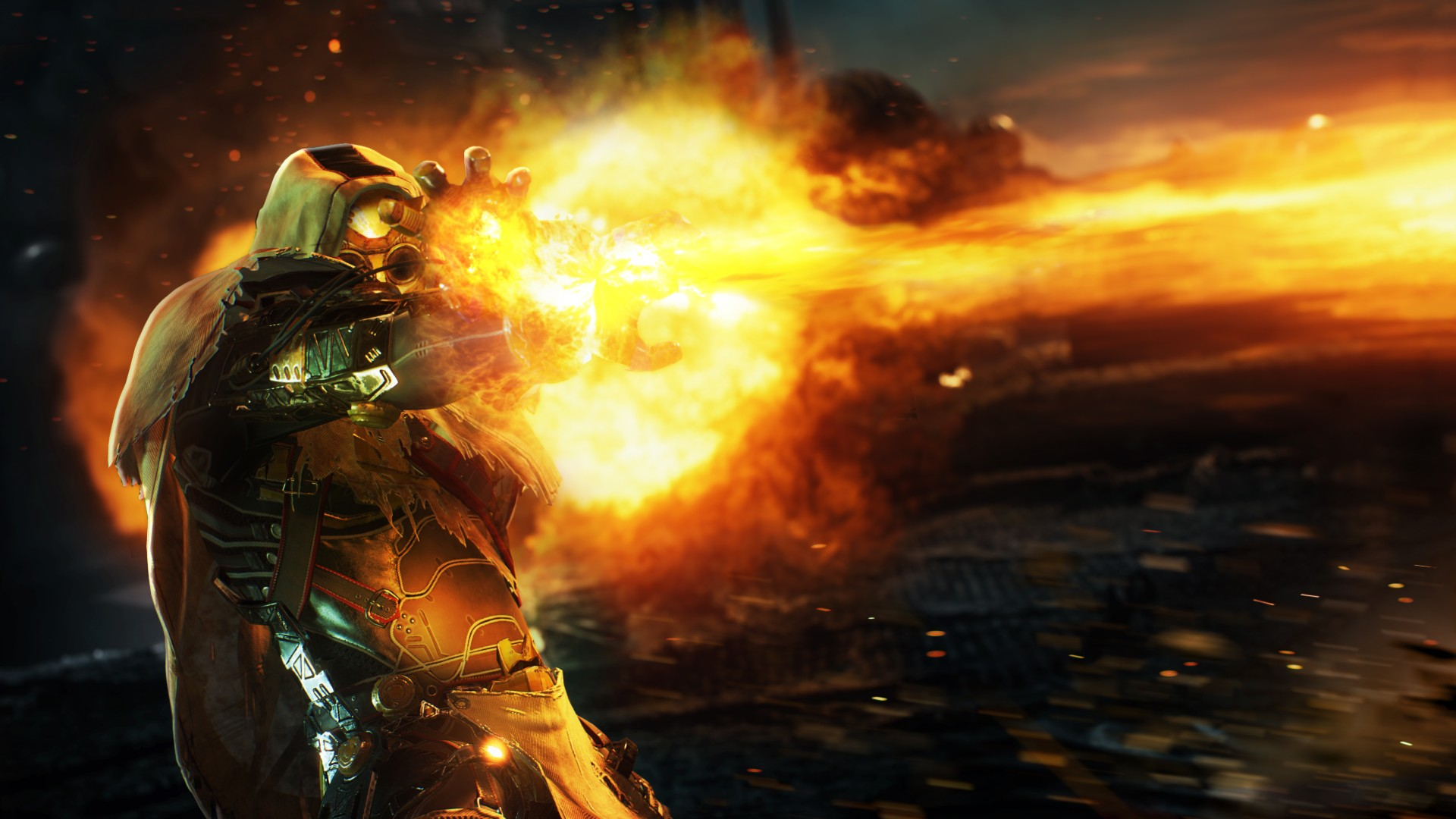 Recently, Square Enix and People Can Fly flew out a bunch of press for an extensive hands-on session with their upcoming shooter RPG Outriders. We had a chance to jump into the early portions of the game and play around with three of the four playable character classes. I spent considerable time with each class; however, the Pyromancer was, unfortunately, the one I spent the least time with. That said, in the short time I did spend with her, she seems like a potent source of damage.

Again, I wasn’t able to get as deep into the Pyromancer’s skill set as the other two characters. However, in the early-goings, she felt like the type of character who uses her powers to cast negative status effects on enemies. Her up-front damage didn’t feel as strong, but over time those damage totals tick up quickly.

Her first ability is “Thermal Bomb.” Basically, you point and click on an enemy, inflicting burn on them and knocking them back. If you kill them with the effect active, they explode, dealing damage to everything around them. One of the really fun things about playing with each class was imagining how their abilities combo together. For instance, if the Trickster drops a “Slow Trap” on a group of enemies and you light one of them up with a “Thermal Bomb”, you can wipe out an opposing group so quickly. And these are just the early abilities. I can only imagine what other combos will become possible as you play. 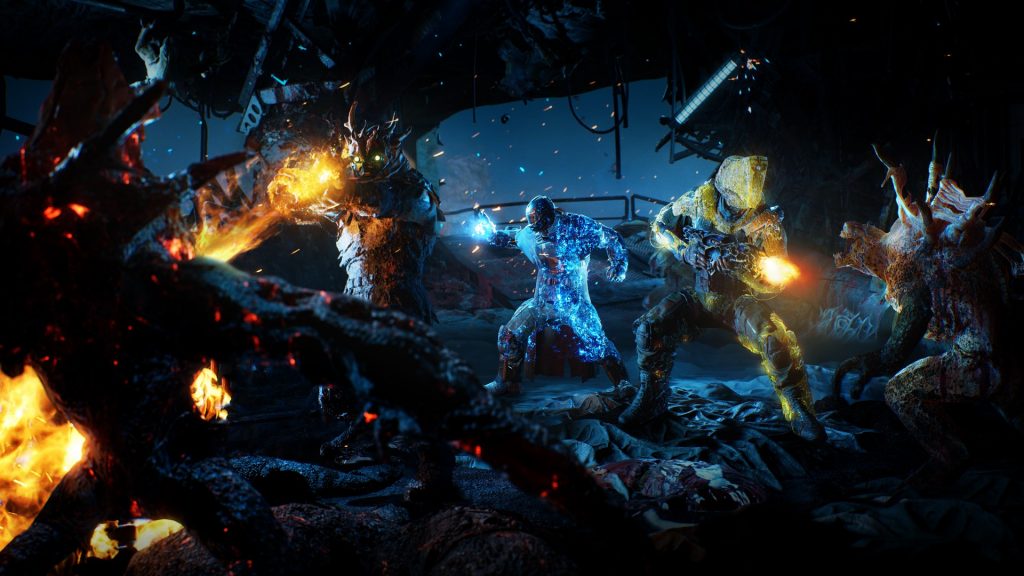 The Pyromancer’s second ability is “Ash Blast.” Unfortunately, right as I unlocked that ability, my time was up. However, I did see its description in the menu, which says it immobilizes everyone around you. I’m very interested to see how this works in action. And of course, given how incredible the other two classes’ third abilities were, I cannot wait to see what the Pyromancer has in store.

Because I didn’t get to see all of her first three abilities, it’s hard to feel like I have a full understanding of the class. That said, my first impression is the Pyromancer is going to feel a lot like a damage-over-time character from an MMO. That’s never been my preferred playstyle; however, I love having those classes in my party. Hopefully, I feel the same with Outriders.

Outriders is coming to PC, PS4, PS5, Xbox One, and Xbox Series X this winter. If you want to get some impressions about the other two classes, I have great news. You can check out articles about the Devastator and the Trickster today. For general impressions of Outriders, give this a look.

The post Outriders — Mastering the Flames With the Pyromancer by Ricky Frech appeared first on DualShockers.