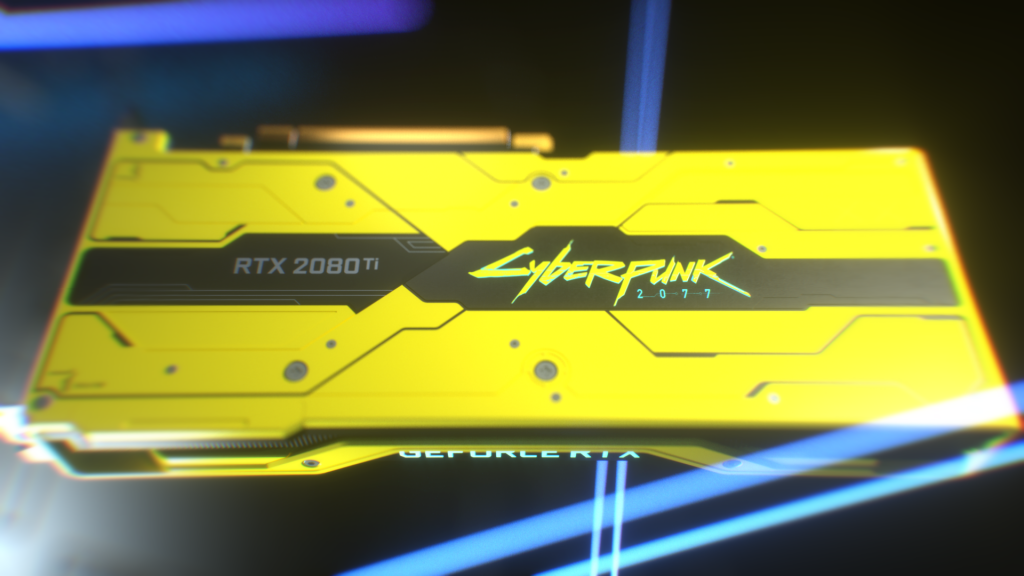 This past weekend over on Twitter, the official accounts for NVIDIA GeForce and Cyberpunk 2077 engaged in quite the interesting exchange. What began with @Cyberpunk games tweeting a request for a limited edition Cyberpunk 2077 themed GPU, resulted in GeForce responding with a blurry image of a graphics card and the message “Stay tuned…”

Just moments ago, it was revealed to be a special themed edition of the existing GeForce RTX 2080 Ti. Fans of the upcoming sci-fi RPG and NVIDIA’s GPUs hoping to nab themselves one these suckers are my have a hard time. Much to the dismay of people hoping for the reveal of the 2080 Ti Super or the next gen Ampere cards. Oh, and only 200 of these special editions are being made.

From NVIDIA’s post, this edition will have “a custom AL5052 aluminum shroud, with Cyberpunk 2077’s signature yellow styling, and powerful GeForce RTX 2080 Ti hardware underneath. And of course, it comes gift wrapped in a special edition Cyberpunk 2077 box, perfect for a collector’s shelf.”

For full details of how to get yourself one of these, via their giveaway and other options, you can head to Nvidia’s page here.

Right now, players on both consoles and PCs are living in a world of hopes and dreams. Eagerly hypothesizing and speculating as we wait for final details on all the exciting new tech that’s coming. While it is a bit of a bummer that so few of these cards will be available, and won’t be sold via conventional methods, it’s still a cool piece. Though I scratch my head at the concept of getting one of theses and keeping it as a display piece on a shelf and not in my computer to play games like, oh I don’ know, Cyberpunk 2077.