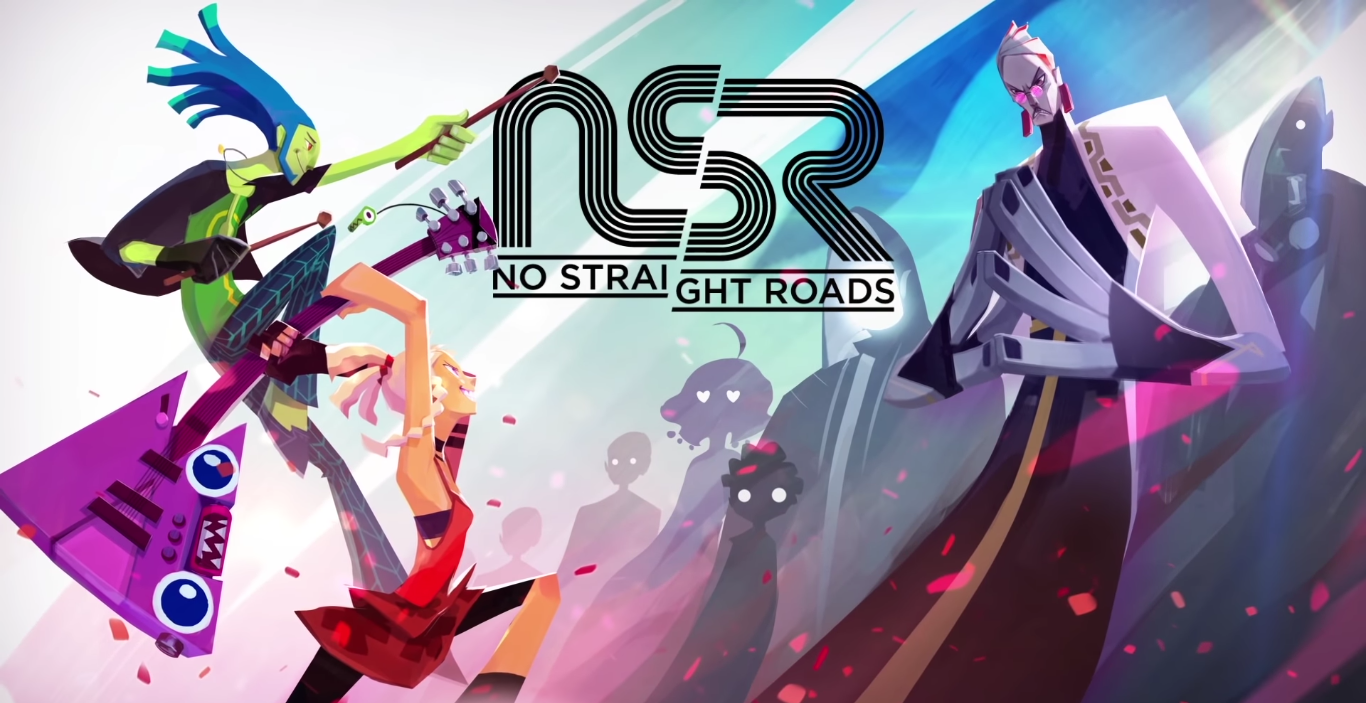 The demo build for No Straight Roads presents an interesting world with charming character designs and writing with music that keeps the presentation strong through the first hour and a half of the game that the demo build encompasses. Sadly, the gameplay itself doesn’t live up to the same standards.

Off the bat, No Straight Roads has a lot going for it, namely, the lead game designer from Final Fantasy XV, Wan Hazmer, and the concept artist for Street Fighter V, Daim Dzauddin. A lot of their prowess as leads on the game shines through, especially Dzauddin, with interesting level and boss fight concepts and charming character designs. From the protagonists, Mayday and Zuke, to the members of an antagonistic power company that wants to replace all rock music with EDM, each character boasts unique interesting designs.

The bosses, in particular, sport interesting designs that are reflected in their respective fights. The first boss could only be described as a lovechild between Neil deGrasse Tyson, a disco ball, and Marshmello – in both his design and his writing. He’s a pretty stereotypical brainiac villain, so naturally, he’s obsessed with space. His boss fight music reflects that. It’s a funk-techno mashup with a sci-fi twist that had my foot tapping the entire time. 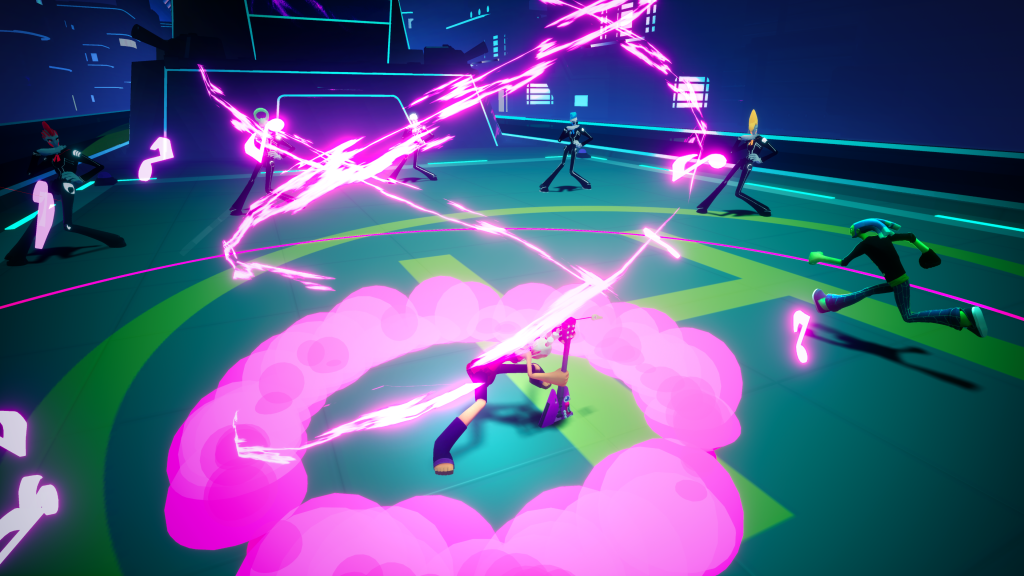 The second boss I encountered in the demo is a digital idol (think Hatsune Miku) but she’s a cutesy mermaid operated by a team of programmers, so her level was a mashup of undersea themes and jokes about how she’s not real.

Sadly, everything in-between the boss fights lacks the same charm and energy. The hub world feels largely barren and bloated, with only a few things to interact with that rely on the game’s often janky and floaty platforming that ultimately feels unnecessary considering there’s a different location within the hub that functions as a place where the characters discuss strategy and select where they’re going next.

In many ways the garbled hub feels like a representation of the game as a whole – it makes interesting design choices, but it frequently trips over itself and hinders any pace the game has built up.

The concept of a rhythm-based action game is exciting because of how punishing and precise both genres can be. No Straight Roads feels neither punishing nor precise. Somehow, every movement and enemy attack in No Straight Roads is timed to the beat of a generally high-bpm genre like EDM and still manages to feel slow. Mayday and Zuke feel the same way, each with only one attack that feels slow and unsatisfying.

The underlying issue of the game’s combat is that while your enemies rely on a rhythm, you don’t, which misses an opportunity to add a level of depth and satisfaction that the gameplay lacks in the current its current state. Games like Cadence of Hyrule: Crypt of the Necrodancer, for example, encourage playing to the beat by giving damage and other similar boosts to players who manage to attack to the music in the game. 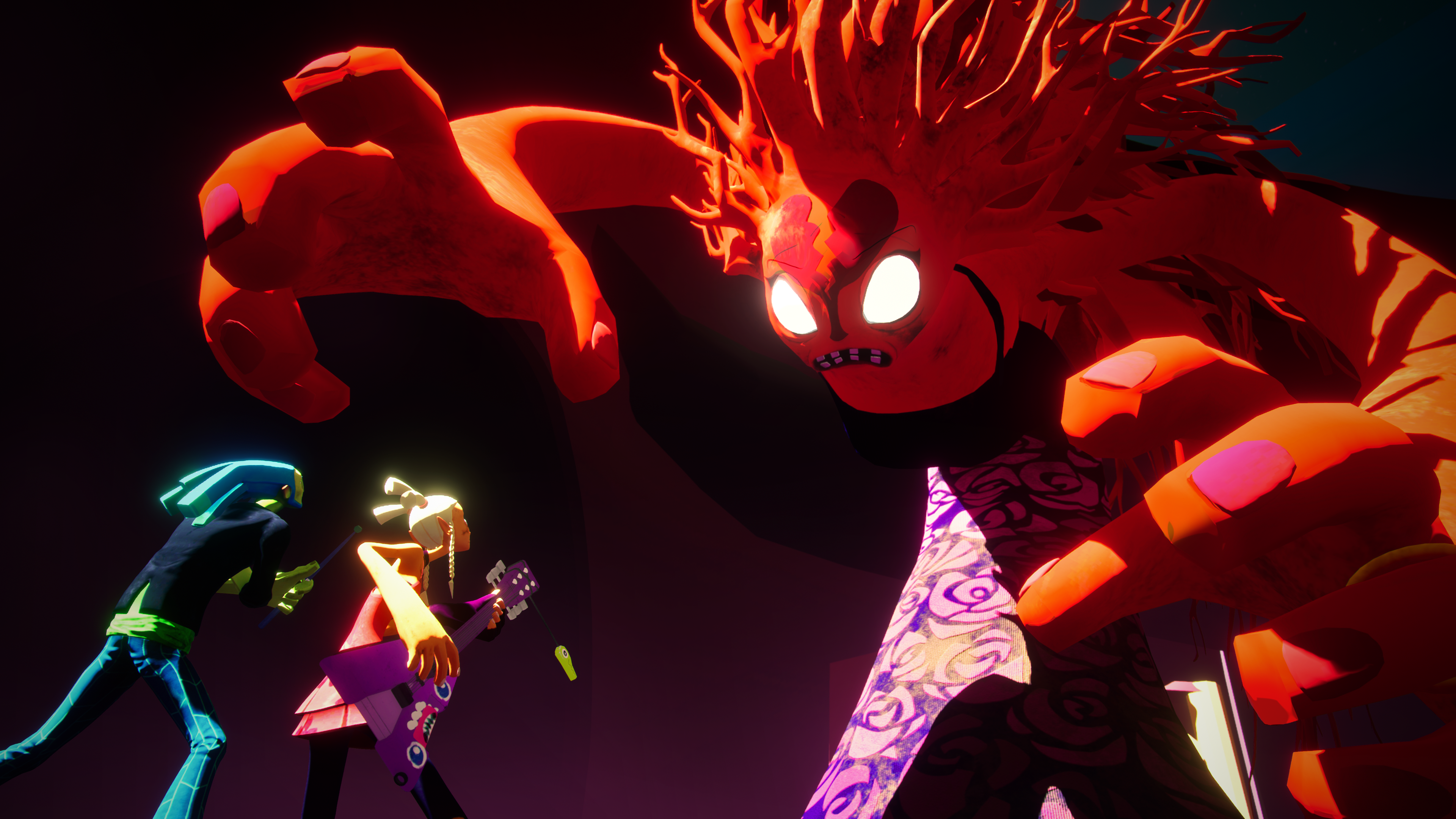 Instead, the combat feels like an action game like Devil May Cry or Bayonetta that’s been watered down to a one-button beat-em-up with a combo counter that forgets that the characters’ attacks are too slow to make building combos feel like anything but luck.

Unsurprisingly, the best part of the demo is the final stage of each boss fight. As a last-ditch effort to make the boss fights feel satisfying, each boss’s final phase becomes much more rhythm-centric, not just in the boss’s attacks, but in how the player attacks them, allowing them to embrace the same rhythm-based constraints that the game’s antagonists do. This doesn’t do much to redeem the rest of the gameplay, but it shows that the team behind it knows how to create systems that reward rhythmic play more.

On top of the already aggravating combat mechanics, I found myself getting stuck in accidental combos that would destroy my health bar in the later phases of boss fights. It was never from a lack of telegraphing or attention to detail either, it was because I encountered one of the demo build’s many technical issues. Often these kinds of issues were from being stuck in a model or not being able to see the indicator that there would be an attack because the fixed camera wasn’t positioned right. 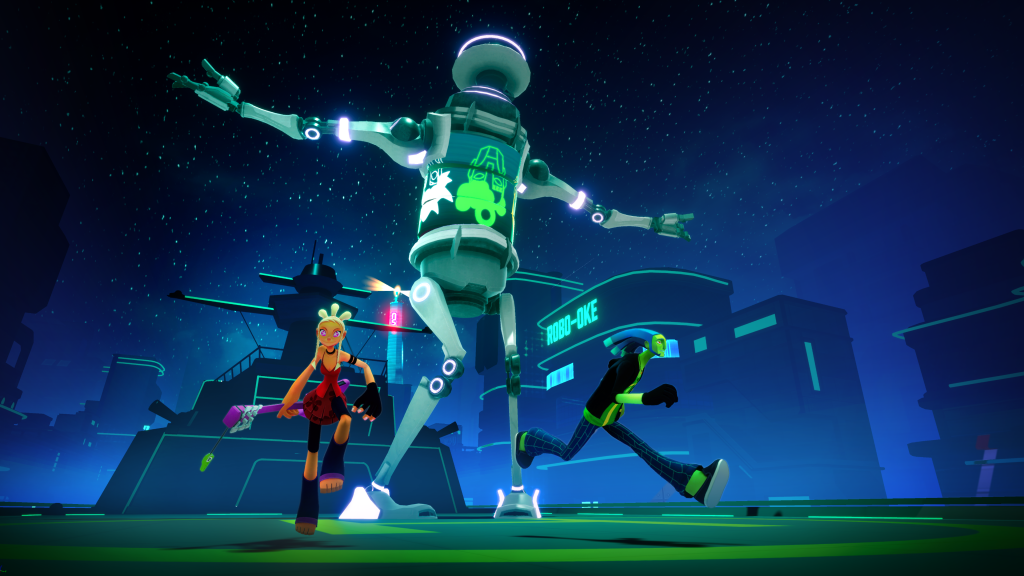 Overall, those problems were relatively minor. The biggest bug I encountered happened when I paused the game right before the tutorial and the event never happened. After two more tries without pausing the game, still, nothing happened. Luckily, without doing anything different, I made it to the tutorial on my fourth try.

The demo build of No Straight Roads has me worried. The game touts both promise and concrete potential in both its gameplay and presentation, but it feels like a game from ten years ago, with unsatisfying combat and game-breaking bugs. Sadly, I don’t see myself getting excited about it right now because it needs more polish.

No Straight Roads is set to release on August 25 for PS4, Xbox One, Switch, and PC.

The post No Straight Roads is a Rhythm Game that Struggles Finding its Groove by Charlie Wacholz appeared first on DualShockers.