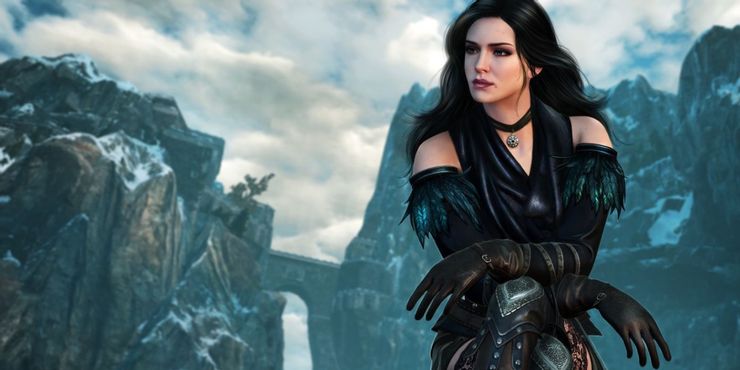 As we prepare ourselves for WitcherCon next month, how about a little Yennefer cosplay to get into the spirit of things?

As many die-hard fans will know, WitcherCon arrives next month which includes a witcher-related event filled with panels, deep-dives, an exploration into the lore and plenty of other surprises.

The entire schedule has been unveiled for the show that is set to have nine events while the second stream later that day will have 10. Some of these will include ‘Memories from the Path: Stories Behind The Witcher Games – Part 1’, ‘Inside Kaer Morhen’ and a panel with actors from the Netflix show like Anya Chalotra, Freya Allan, Mimî M Khayisa, and also Executive Producer Lauren Schmidt Hissrich.

While we wait in anticipation for that event, let’s whet our appetites with a little Witcher cosplay in the fashion of the Sorceress herself, Yennefer of Vengerberg.

Geralt’s true love, Yenn, is a force to be reckoned with. Able to bring an entire army to their knees as well as making many men weak at them, Yennefer is a woman that has never needed to be rescued. Whether you have come across her in the game or in Netflix’s The Witcher series, her elven blood has given her powers beyond belief as well as making her an understandable fan-favourite.

Cosplayer, writer and gamer Michelle Reed has recently posted her stunning cosplay on Instagram and I think it’s fair to say how very alike she is to Anya Chalotra who plays Yennefer in the hit Netflix show.

Of course, there’s also a lot of similarities between Yennefer from The Witcher 3 especially down to the outfit Michelle has chosen to wear. With the fur collar, black pants and leather gloves, cosplayer Michelle can easily adapt between the two Yennefers especially so when we see her wear that long white coat with the grey fur trimmings that screams Anya Chalotra.

Hopefully, we will hear more about when The Witcher Season Two will release on Netflix but in the meantime, The Witcher 3: Wild Hunt is available on Nintendo Switch, PC, PlayStation 4, and Xbox One.

The post Netflix’s The Witcher: Yennefer of Vengerberg Comes Out to Play in Convincing Cosplay by Rachael Fiddis appeared first on DualShockers.