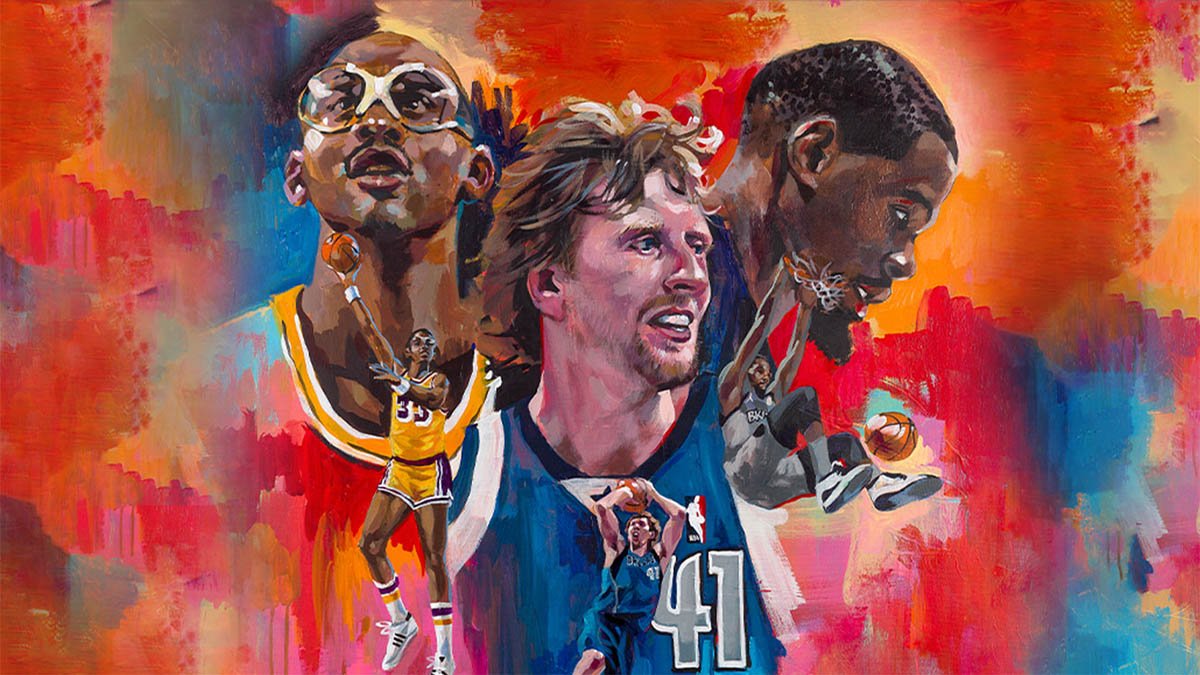 The NBA 2K series has consistently been one of the best-selling games every single year and it’s not showing any signs of slowing down with the release of NBA 2K22.

After a less than stellar last-gen release last year, 2K Sports and Visual Concepts bounced back with the next-gen exclusive version that came alongside the new consoles. They have once again decided to treat the two like completely separate games in some ways, with the next-gen version of NBA 2K22 still being the premier edition.

NBA 2K has been the only game in town for a few years now after EA Sports seemed to bow out from their NBA Live series, which was largely due to the superior gameplay found year in and year out in from 2K. That fantastic gameplay has carried over once again in NBA 2K22, where the action on the court is always top-notch.

Whether you are on the offensive or defensive end of the court, you always feel like you have full control of your player with very realistic motion all around. Some controversial moves like the Curry Slide were not included at launch this year either, which was one of the few complaints that hardcore players had about the gameplay.

When it comes to offence, the major new feature is the updated shot meter. Rather than just being standard across the board based on stats, the new shot meter has a dynamically resizing make window that expands when you’re taking quality shots with good shooters, while greatly reducing when taking bad shots, shooting when low on stamina, or are just using a poor shooter.

This new shot meter requires much more strategy in your approach on the court, which adds a new dimension to the overall experience. Mastering this new shot meter will train you to continually take better shots, which will improve your game over time as well.

The next-gen version also has an exclusive gameplay feature with aggressive skill dunks and skill-based alley-oops. These aggressive dunks will bring up a special meter related to them, which can sometimes make them harder to pull off, but with the reward of pulling off an excellent dunk if executed correctly. Similarly, the skill-based alley-oops require you to press a button when the ball is in the air to finish them as well.

Both player visuals and the environments throughout the game look gorgeous, even if some areas in The City can look a little basic.

Offense wasn’t the only area to get upgrades gameplay wise though, as the defensive end also got some touch-ups this year as well. The majority of these upgrades revolve around the paint and the rim, as both blocking and shot contests have been reworked to feel more natural and allow great defenders to actually take control of games.

The NBA 2K series has long been one of the best visual showcases for any console when it comes to sports games. NBA 2K21’s debut on the new generation hardware last year took things to another level and that has carried over into NBA 2K22 as well.

Both player visuals and the environments throughout the game look gorgeous, even if some areas in The City can look a little basic. One of the key visual features for years now has been the sweat on players and it continues to look more realistic than ever before in NBA 2K22.

The presentation also plays a big role in this, with all-new halftime shows on the new generation consoles version. The whole atmosphere in the arena itself is top-notch and makes you feel like you’re actually there, including little things like having the Public Address Announcer for each NBA team actually in the game. Add in the hype soundtrack to the mix and you have a great all-around package when it comes to the game’s presentation.

The City is back again and it’s even more chocked full of content than last year’s game. This is the core of your MyCareer mode in NBA 2K22, where you take your player known as MP from his maybe not so humble beginnings to becoming an NBA superstar. This is a big change from last year’s game, where the two were pretty much separate entities. NBA 2K22 has now meshed them together into one larger scale experience, which works out much better than how it was set up in the past.

MyCareer starts with you getting to create your own MyPlayer, including not just things like name and height, but also full distribution of skill points to decide what kind of player you are going to be. After coming up with the type of build you want for your MyPlayer, it will then fall under one of the existing archetypes in the game and tell you what players in the league are similar. This is something that has been in the game previously and does a good job at letting you figure out what you are aiming for with your player.

The City is now full of quests for you to complete, ranging from the mainline story quests to push your career forward, as well as plenty of sidequests that often branch out from basketball entirely. Options such as choosing which agency you want to represent you can shape your The City experience, which is a great way to continue to build on last year’s early foundation. There is a lot of variety in these quests too, including some random ones like meeting up with Jake from State Farm.

Navigating through The City can be a bit of a chore at first, even with your trusty skateboard, due to the sort of stilted movement of your avatar at times. However, this becomes much easier to navigate when you get additional means of travel and even have methods of fast travel with spawn points to help you travel around quicker.

Another issue that may be a problem for some is that The City and MyCareer require you to be online to play at all times. If you lose connection, you will be kicked out and have to wait until your internet comes back to play. This is fairly understandable though due to the online centric nature of The City as a whole, but that can be a major negative for some players.

While you still cannot create a female player for MyCareer as has been the case, NBA 2K22 on the new generation platforms brings back The W for a second straight year. Perhaps there will be better integration with this and MyCareer in the future, but it’s still very enjoyable to be able to play through a player’s career in the WNBA regardless.

MyTeam is always a very popular mode in the NBA 2K series, so there was no question it would have a major presence in this year’s game as well. MyTeam is the game’s version of Ultimate Team that you know from other series like FIFA and Madden, where you collect player cards and take on other teams using unique teams that you put together based on the cards you currently have.

Where problems really start to pop up are the reliance on microtransactions.

One of the more frustrating areas here is that cards have a limited number of uses on a contract, which means you have to be smart about how you use them. This is pretty common in this type of game mode though, so this is nothing new.

MyTeam introduced what was known as Seasons in last year’s game, but now that has been expanded to other areas of the game like MyCareer and even The W mode as well. Seasons will still work similarly to the past with earning rewards and leveling up within each Season, but now it’s not just limited to one game mode.

Like most years with NBA 2K games, most of the game itself is very positive, but where the problems really start to pop up are the reliance on microtransactions and in this game, specifically with VC, or Virtual Currency. VC is the key to multiple things in NBA 2K22 once again, such as upgrading your MyPlayer or buying the various card packs in MyTeam. You can grind for VC in the game to where you never have to buy anything, but this is going to take forever and will likely not allow you to get everything you really want in the game. By this point, you expect VC to be core to the NBA 2K experience, but it’s still not any less scummy.

The good news though is that NBA 2K22 is a great game in pretty much every other facet, which helps to overshadow the VC issues that have been present for years now. Combining MyCareer with The City was a genius decision and the introduction of Seasons across multiple game modes will keep NBA 2K22 fresh moving forward throughout the next year while waiting on the next annual entry.