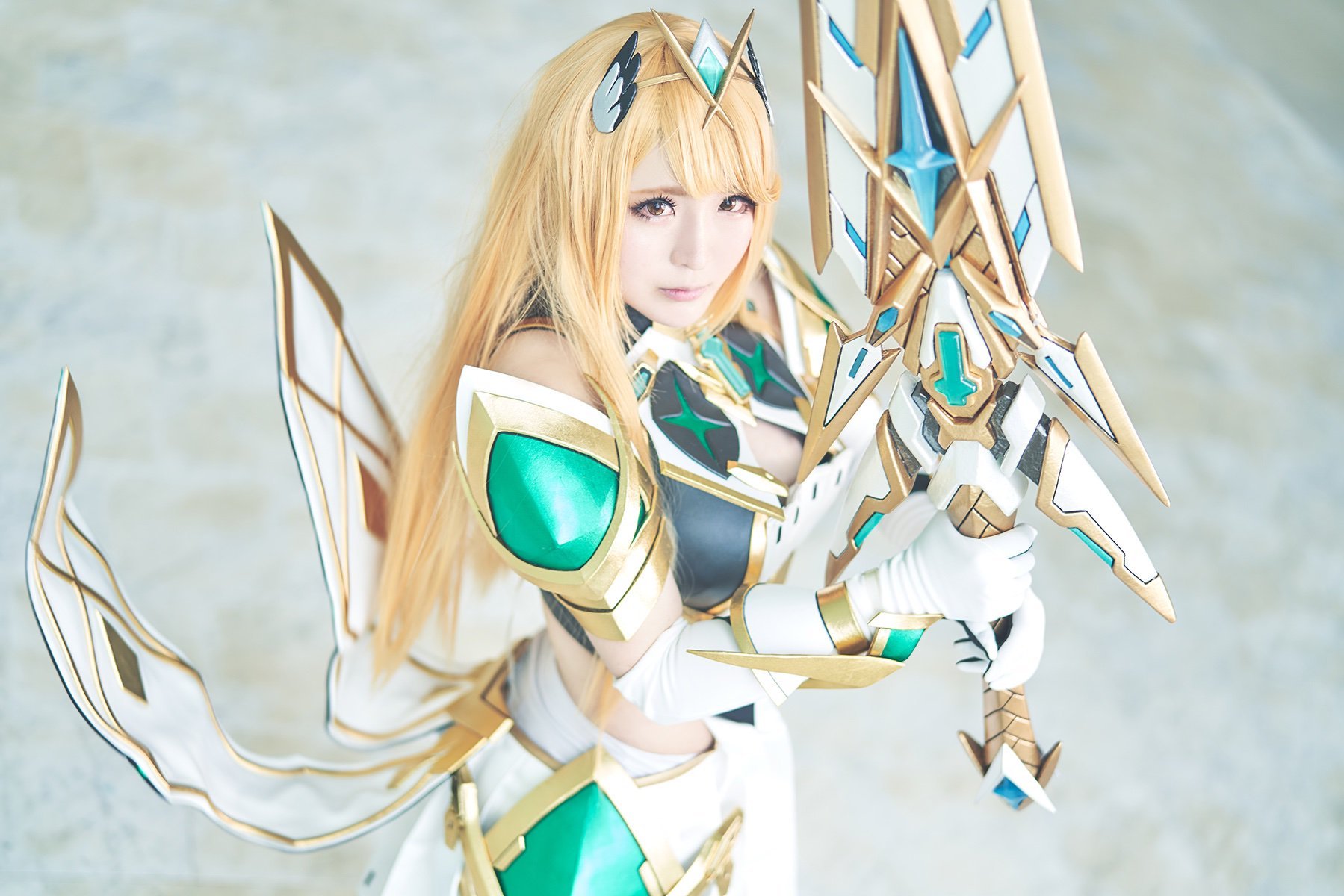 You may have had your very own predictions when it came to who would be the next Super Mario Smash Ultimate character, we certainly had ours, and we finally found out in Nintendo’s direct a few weeks ago. Series director Masahiro Sakurai showed off the new fighters, Pyra and Mythra from Xenoblade Chronicles 2, who are the latest additions to the popular fighting game. During a match, players will be able to switch between the two fighters whenever they want. To celebrate Mythra’s introduction to Smash Ultimate, let’s check out this really detailed Mythra cosplay.

If you’re not up to date on characters from Xenoblade Chronicles, here’s a quick explanation: Mythra and Pyra are basically two different personalities of the same character and come together to work in tandem to provide a kick-ass fighting team. When Pyra and Mythra combine, Pneuma, the third Aegis Blade is formed. Sounds kind of complex doesn’t it? To make things a little simpler here’s professional cosplayer Sakanaya Gupico showing off her impeccably detailed Mythra costume that’s certainly a head-turner. For this Mythra cosplay, Gupico is wearing the ‘Massive Melee Mythra’ outfit. Once equipped in the game as an Aux Core, it provides a 25% boost to Mythra’s critical rate. Gupico is an obvious fan of the character as she has painstakingly gone over and replicated the costume so well that includes black spandex and a spandex suit under her standard white dress. The design itself is based directly on the altered artwork of her Spirit that appears in Super Smash Bros. Ultimate, later serving as the basis for Mythra’s playable appearance in the same game.

I’ve no idea how long this took to put together but looking at the images of the outfit on its own, it’s obvious that Gupico has a real skill for designing and crafting as well as cosplaying. Make sure you check that detailed image, below. For more of Gupico’s cosplaying antics, you can follow her over on Facebook or Twitter but please remember that some pictures are NSFW.