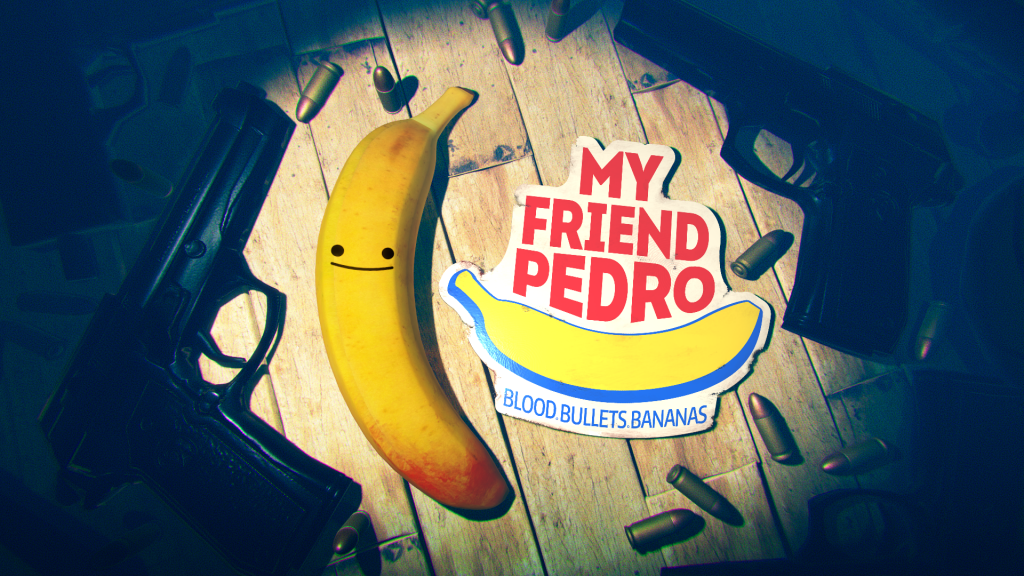 My Friend Pedro for PS4 has been rated by the Pan European Game Information board (known as PEGI). This likely means the game will finally release on PS4, but until it’s officially confirmed, we should consider this outing a rumor.

The Devolver Digital published title launched on PC and Nintendo Switch back in June and Xbox One in December. DeadToast Entertainment developed the game, which is a charming and violent side-scrolling twin-stick shooter with an arcade scoring system. According to Devolver, “My Friend Pedro is a violent ballet about friendship, imagination, and one man’s struggle to obliterate anyone in his path at the request of a sentient banana.”

The quirky shooter uses a slowdown mechanic that makes maximizing combos easy and addicting as you blast through progressively more challenging enemies and receive a grade at the end of each level. You get to unleash mayhem as you twist and turn in the air with guns blazing using split aiming and the environment to defeat the underworld gangsters. My Friend Pedro breaks up the bullet barrage by offering the player some dynamic sequences that include a motorcycle chase and solving a series of physics-based puzzles with the occasional boss fight thrown in for good measure. The game is based on the Adobe Flash game MFP: My Friend Pedro that was released by Adult Swim Games in 2014.

Despite taking some inspiration from films like John Wick and The Matrix, the game isn’t known for its deep narrative. What it lacks in a definitive story and plot is more than made up by providing a good few hours of pure fun. If you are the competitive type, you will probably find the replay value quite high as you strive to beat your maximum score from each level.

My Friend Pedro retails on Xbox One for $19.99, so I would expect a similar price point if and when the game comes to PS4. The game is also currently part of the Xbox Game Pass service.

The post My Friend Pedro Is Coming To PS4 According to PEGI Leak by Laddie Simco appeared first on DualShockers.