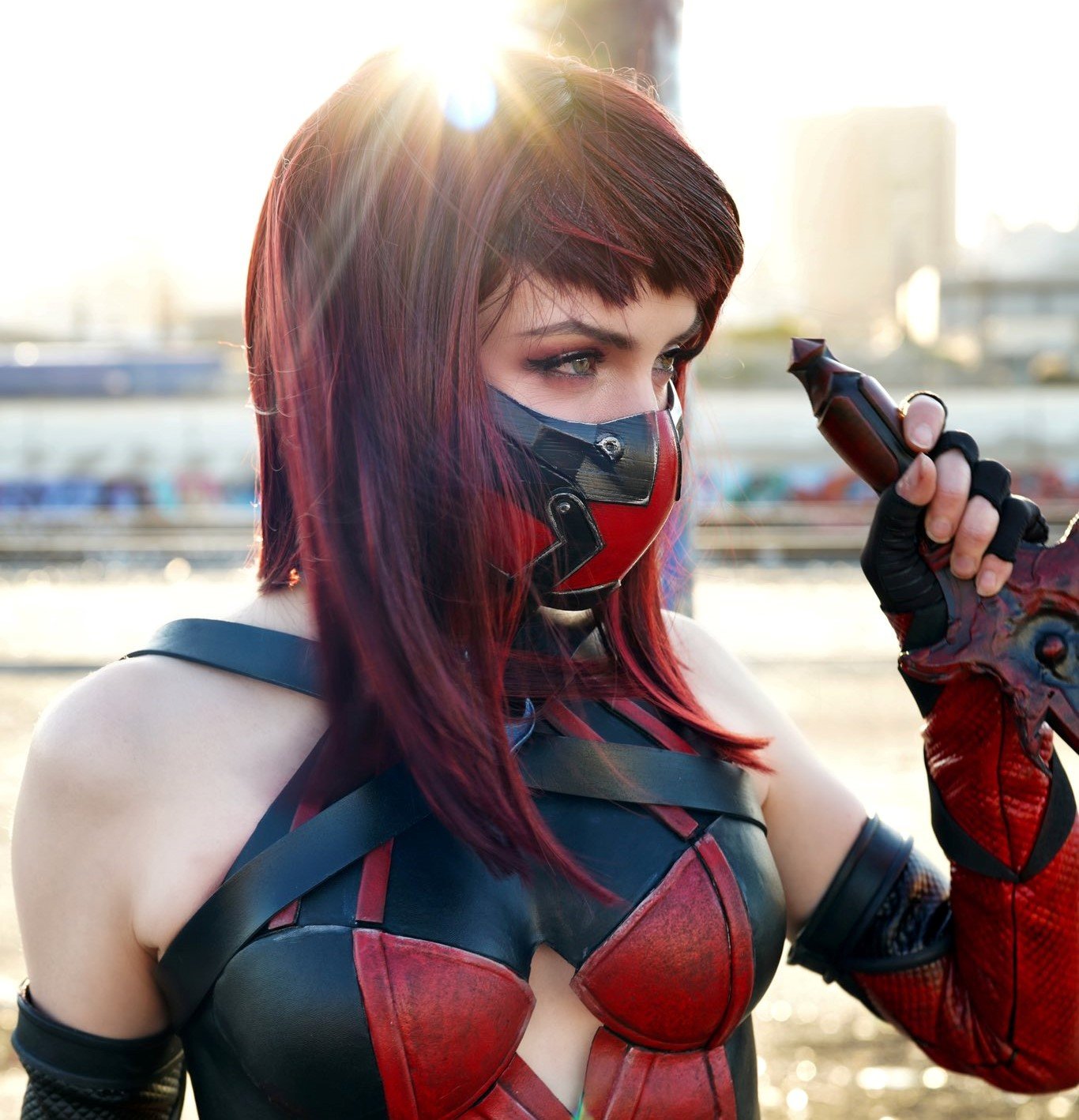 Cosplay Influencer Armored Heart Cosplay shows us how easily she can slip inside the shoes of Mortal Kombat‘s, Skarlet.

Mortal Kombat has been causing a battle inside the hearts of players since 1992, granting a vast fan following in its wake. One of the areas that we see most from the MK community is cosplay and with so many characters to choose from, it’s always such a visual delight across the spectrum.

A little about Armored Heart

Kirstin knows also as Armored Heart Cosplay, is based in LA, USA. Other than being an incredible cosplayer, Kirstin also models as well as loving video games.

Some of her past cosplays consist of Scarlet Witch from Wanavison, Diablo Demon Hunter, Thor, Nightingale from Skyrim and many more. You can check them all out on Kirstin’s Instagram.

Kirstin has really brought her A-game in with this cosplay, just look at that level of detail.

This particular Skarlet design is crafted using her appearance in Mortal Kombat 11 rather than her original design. This cosplay certainly captures the mage’s striking red hair, red and black leather bodysuit and tight ninja half-face mask from her nose to the edge of her collar bone.

Kirstin has also remembered to include Skarlet’s kunai in which we usually see strapped onto her right leg of the characters in the game and used in combat.

Mortal Kombat 11 is currently available on PS4, PS5, Xbox One, Xbox Series X, Xbox Series S, Nintendo Switch, and PC. You can check out DualShockers’ review of the game here.