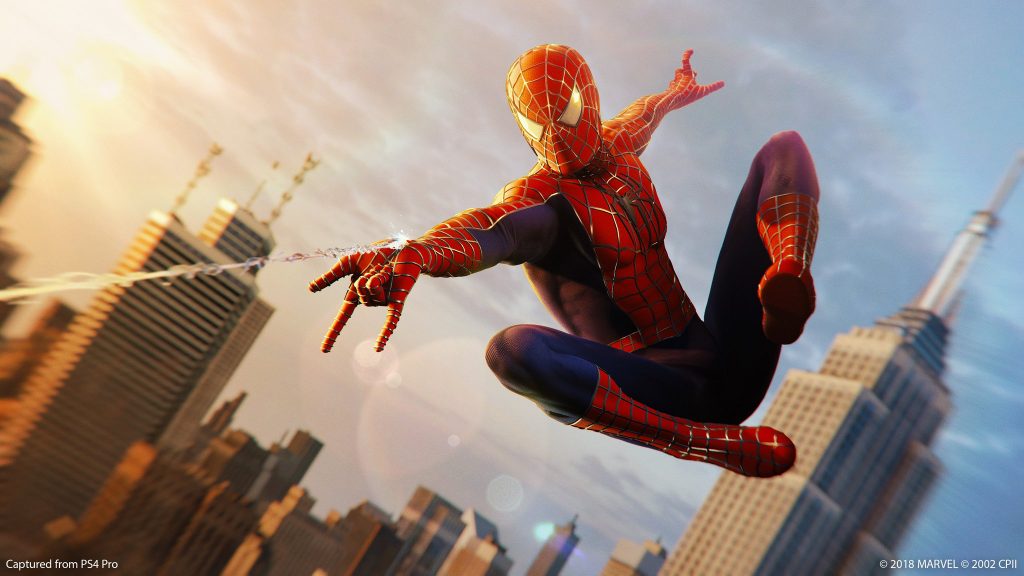 Today, Sony released the first trailer for Morbius, its Jared Leto led movie about the titular Spider-Man character. While Sony’s last live-action outing tangentially related to Spider-Man, Venom, was pretty terrible, Morbius actually looks like it the potential to be an enjoyable film. The first trailer also features a couple of cool easters eggs, including an actor from the MCU Spider-Man films and a double-whammy reference to both Sam Raimi’s Spider-Man trilogy and Marvel’s Spider-Man from Insomniac Games.

As you can see in the trailer, one shot focuses on Leto’s Michael Morbius walking through an alleyway in what seems to be prison clothing. Looking at the wall, you can see a picture of Spider-Man with graffiti saying “murderer” over it. The suit featured in the image should be immediately recognizable as it is from Sam Raimi’s classic trilogy of Spider-Man films from the 2000s. While that’s exciting all on its own, the image doesn’t seem to have been sourced from those original films.

The Spider-Man poster featured in the Morbius trailer actually looks like a modified image of an official Marvel’s Spider-Man screenshot. Fans of the wildly successful PS4 game may remember that the Raimi suit was added to the game in late 2018. This is the version of that classic suit that seems to have been used in the trailer. Its appearance even garnered a response from Marvel Games’ VP and Head of Creative Bill Rosemann:

Hmm…where have I seen that sweet Spidey suit before…?

Whether you are a fan of Raimi’s films, Insomniac’s game, or both, this is a pretty fun reference, especially when one considers that a version of Michael Morbius appeared in Marvel’s Spider-Man. You can check out the first trailer for Morbius below if you have not seen it yet. The suit based on the Raimi films is currently available for free in Marvel’s Spider-Man, which can be picked up on Amazon.

Sakura Wars Director on Whether The Game Could Come to Switch and Other Platforms
Pokemon Go Team Rocket Balloon Mystery Solved
The Medium Developer Has No Plans to Port to Current-Gen Consoles
Catherine: Full Body On Switch Is A Solid Port Of A Bizarre Game
Pokemon Go Commercial Celebrates Go Fest 2020