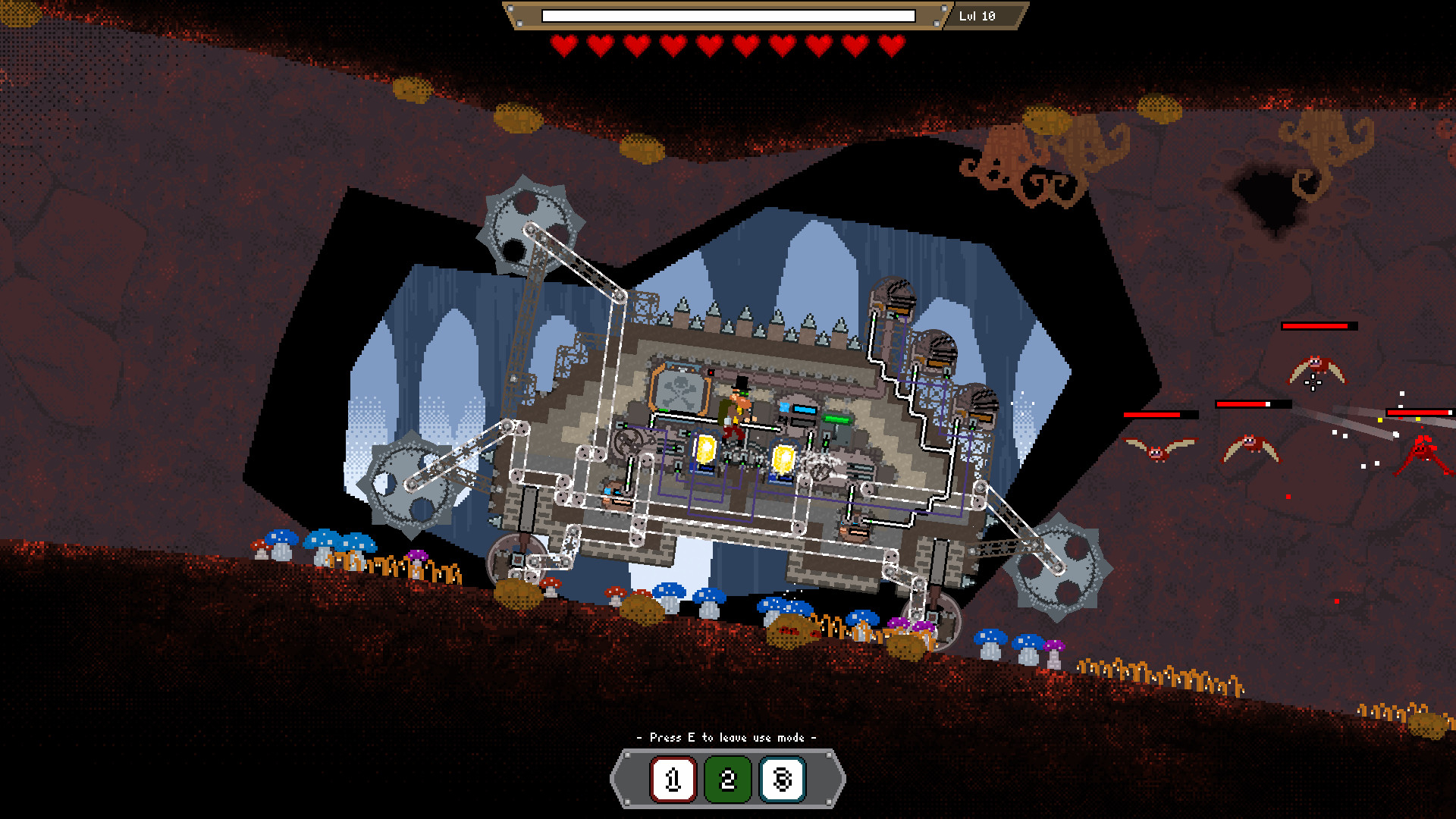 Mechanic Miner is a game about building a steam-powered machine to help you survive a physics-based sandbox world. You’ll gather resources, kill monsters, and use your imagination to create wild new contraptions to conquer the desolate land. The team at Hello John has put the game into early access and shared a brand new trailer to celebrate. Check it out below.

The trailer shows off some of the many different types of weaponized machines you can build to fight off the game’s giant worms. Currently, the game has 50 different parts for you to use when building your latest creation. They promise to add plenty more throughout early access.

Mechanic Miner gives you three different game modes to play with. Story mode strands you on an alien world and bombards you with waves of enemies and bosses. You must build up your steam-powered tech so that you can dig deeper into the different biomes of the planet and find your way home.

Creative mode gives you unlimited resources and lets you run wild. With no other constraints, you can truly build whatever you dream up. It also lets you test out new contraptions before taking them to other modes. Survival mode is intended to be a challenge mode for advanced players. You’ll start with nothing and try to survive for as long as possible as aggressive enemies and a harsh environment do everything they can to murder you.

Outside of adding more blocks, items, and enemies, the team has a few planned features we should see added over the course of early access. They’re looking to add mod support and have a multiplayer mode that is currently in beta.

Mechanic Miner is out in early access now on PC. Keep your eyes here for further updates on interesting new indie games.

The post Mechanic Miner Kicks Off Early Access Period With a Trailer Showing the Many Ways You Can Fight a Giant Worm by Ricky Frech appeared first on DualShockers.

Full List of Heroes Ultimatum Roblox Codes (April 2021)
Outriders: How to Complete the Have A Drink With Your Friend Side Quest
What Is Fortnite Lantern Festival – Celebrating Ramadan in Middle-East
WoW PTR 9.1 Shadowlands – Patch Notes, Release Date, Chains of Domination
Legend of Zelda Fan Made Movie Posters Exhibit a Gorgeous Studio Ghibli Tribute