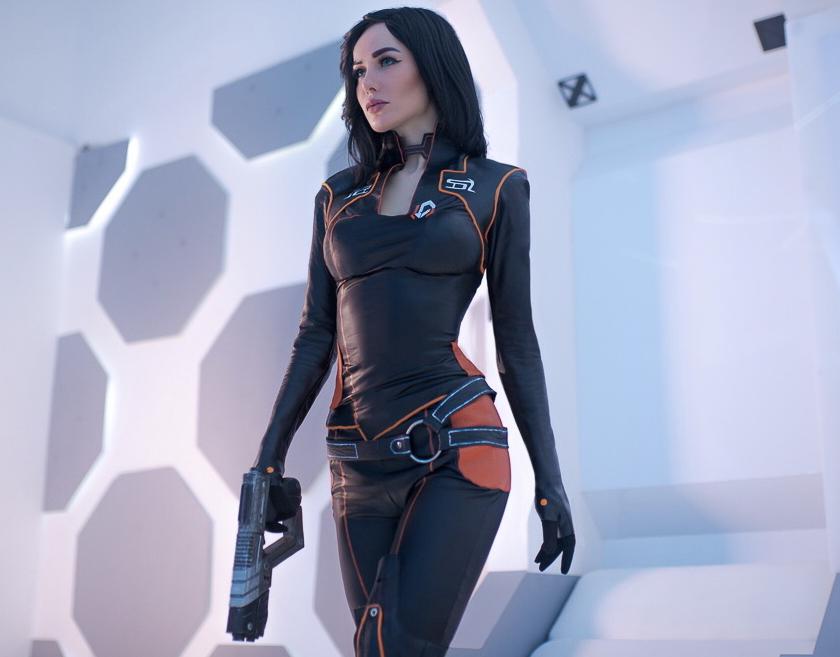 “Worried about my qualifications? I can crush a mech with my biotics or shoot its head off at a hundred yards. Take your pick.” – Miranda Lawson

Mass Effect Legendary Edition is just around the corner and for those who didn’t get a chance to dive into the trilogy, they will be greeted with new and improved textures, shaders, models, effects, and technical features.

Initially released all the way back in 2007 on the Xbox 360, Mass Effect told the story of protagonist Commander Shepard and their quest to stop the rogue Spectre Saren Arterius from leading an army of sentient machines, called the Geth, to conquer the galaxy.

As we lead up to the launch of the Legendary Edition, fans have shown their appreciation for the highly acclaimed Sci-fi franchise by cosplaying as many of the title’s popular and diverse characters.

Paying homage to Miranda Lawson, a favourite character among Mass Effect fans due to her vast knowledge, sharp wit and unrivalled beauty, cosplayer Maria Hanna takes us on an adventure that’s out of this world.

Cosplayer Maria Hanna, known as hannushka on Instagram, is a designer and model from Russia. She is also a self-confessed space aesthetics lover and Swedish interpreter which combined keeps her constantly busy.

Hanna is also known as the Russian Yennefer from The Witcher 3 due to her striking similarities to the sorceress but isn’t afraid to also cosplay as the white wolf himself, Geralt of Rivia.

In this particular cosplay, Hanna takes on the human Cerberus Officer from Mass Effect and like everything Hanna does, it is done with acute detail. The amazing creation of her uniform, combined with how much she looks like Miranda, certainly brings the character to life.

Even though Miranda Lawson was someone genetically engineered to be “perfect” and a femme fatale in the games, cosplayer Marie Hanna does an incredible job at bringing perfection into the real world.

Mass Effect Legendary Edition will be available for PlayStation 4, Xbox One, Origin, and Steam on May 14.

The post Mass Effect’s Miranda Lawson Cosplay Is Out of This World by Rachael Fiddis appeared first on DualShockers.