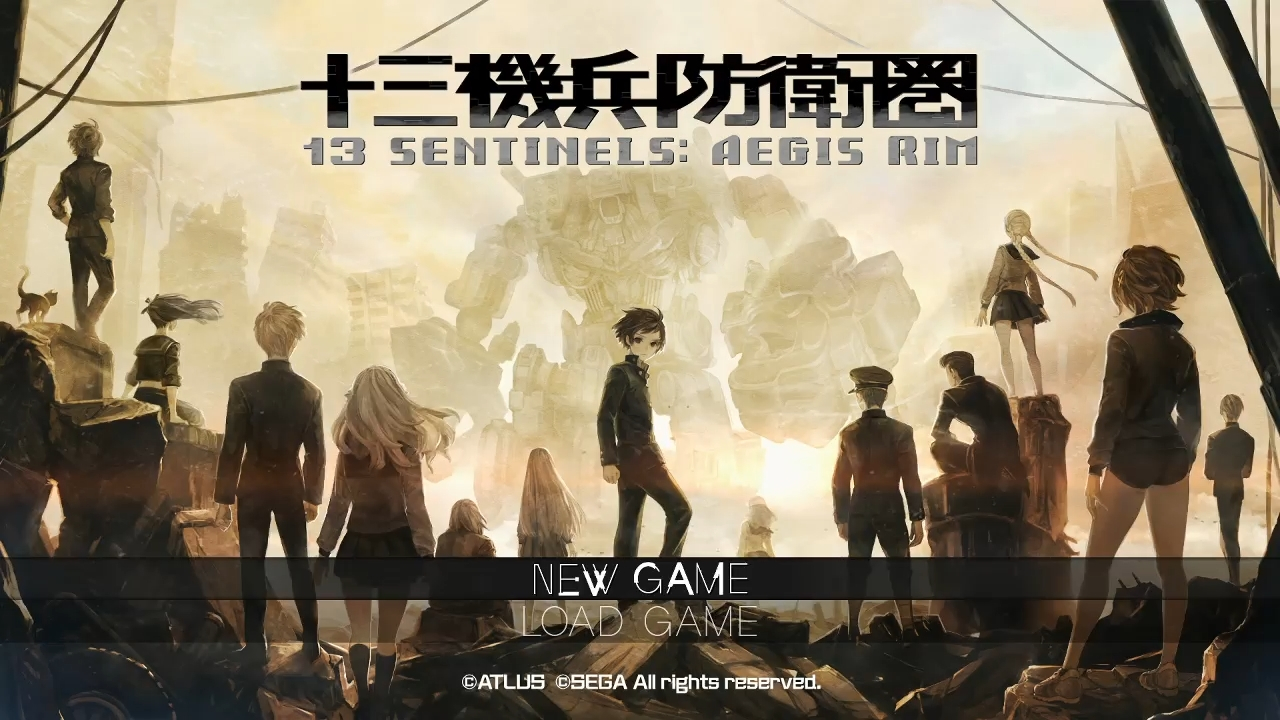 Just like every two weeks or so, this week’s Famitsu magazine (January 23, 2020 issue) included a column written by Super Smash Bros. Ultimate Director Masahiro Sakurai. In it, Sakurai highly praised 13 Sentinels: Aegis Rim, the latest game by Atlus and Vanillaware, directed and written by George Kamitani.

In the column, Masahiro Sakurai started by wishing everyone reading a happy new year, and mentioned how he recently cleared 13 Sentinels: Aegis Rim. Sakurai stated that anyone writing game scenarios should play the game, and stressed out how you need to play it for yourself, not simply watch it. Sakurai pointed out that while 13 Sentinels is incredibly beautiful, and should be praised for its visual feats, the most important part of the game is the way its scenario is told.

Sakurai explained that when the first sound novel game, Chunsoft’s Otogirisou released in 1992, many people didn’t understand its appeal, thinking “you only read when you play this game, why should I buy this self-proclaimed game when I could buy 20 different novels with the same amount of money”. However, nowadays, there aren’t many people who think this way anymore. Sakurai explained how this way of thinking changed because unlike movies or novels who follow a single straight line, games such as visual novels, adventure games and the like have stories developing through multiple lines. In a sense, movies and novels’ stories evolve in one dimension, while these types of games evolve in two dimensions, expanding like a geometry plane. Sakurai stated 13 Sentinels: Aegis Rim goes beyond that and expands in three dimensions.

Sakurai explained his thoughts with multiple elements. First off, except for a small amount of the game, you’re free to pick and switch between the 13 different protagonists, going through each of their chapters. You’re the one deciding the story’s order. Next, there’s the fact that the scenario includes many different eras, including wartime, our current era, or the far future. Lastly, there’s the interposition of different versions of the characters. Even if they’re the same person, certain characters can have a different appearance, a different name, and even a different personality depending on the era.

Sakurai admitted that he was really confused at the beginning of the game, but as he kept playing, he enjoyed putting the pieces together and was surprised at how deep 13 Sentinels is. Rather than using the simple trick of showing events in incorrect time order to mislead the player, the scenario coordinates perfectly the different time axis, eras, and characters, to create a plurality rarely seen in games. Each element in the game is also always portrayed with perfect consistency, like how each character always acts according to their own principles and reasoning. Each protagonist has their own beliefs, pushing through until the story reaches its ending. Sakurai often thinks about just how the scenarist, George Kamitani, managed to intertwine the story this perfectly and mentioned how this is typically the kind of story you could only do in games.

The last point Sakurai brought up is how 13 Sentinels is full of references to other works, be it anime, novels, movies, or games, and how the game gallantly exposes them. The ending, in particular, is very similar to a certain anime, which he purposefully didn’t name to avoid spoiling. He also mentioned Vanillaware made the best choice possible by separating the Adventure parts and the Battle parts of the game. and how he kept pondering about the game’s story after clearing it.

Masahiro Sakurai ended the column by stating playing 13 Sentinels Aegis Rim showed him the infinite possibilities of games, and how it’s a one-of-a-kind, impossible to imitate game Sakurai said there are no other games like 13 Sentinels, and probably never will, so you should definitely play it as soon as possible

In an interview with Dengeki Online, George Kamitani mentioned how the initial sales for 13 Sentinels were disappointing, but the game received high praise both from the Japanese press so he hopes it’ll become a sleeper hit. Multiple famous Japanese personalities other than Masahiro Sakurai praised the game as well, including Yoko Taro. We might speak more about that in another article soon so stay tuned.

13 Sentinels: Aegis Rim launched on PlayStation 4 on November 28, 2019, in Japan. The game was announced in the west long ago but has no release estimate. If you wish to check out the game for yourself, we are doing a let’s play, translating the dialogue on the go, with new episodes every weekend. You can find the episodes we’ve done so far in the playlist below.