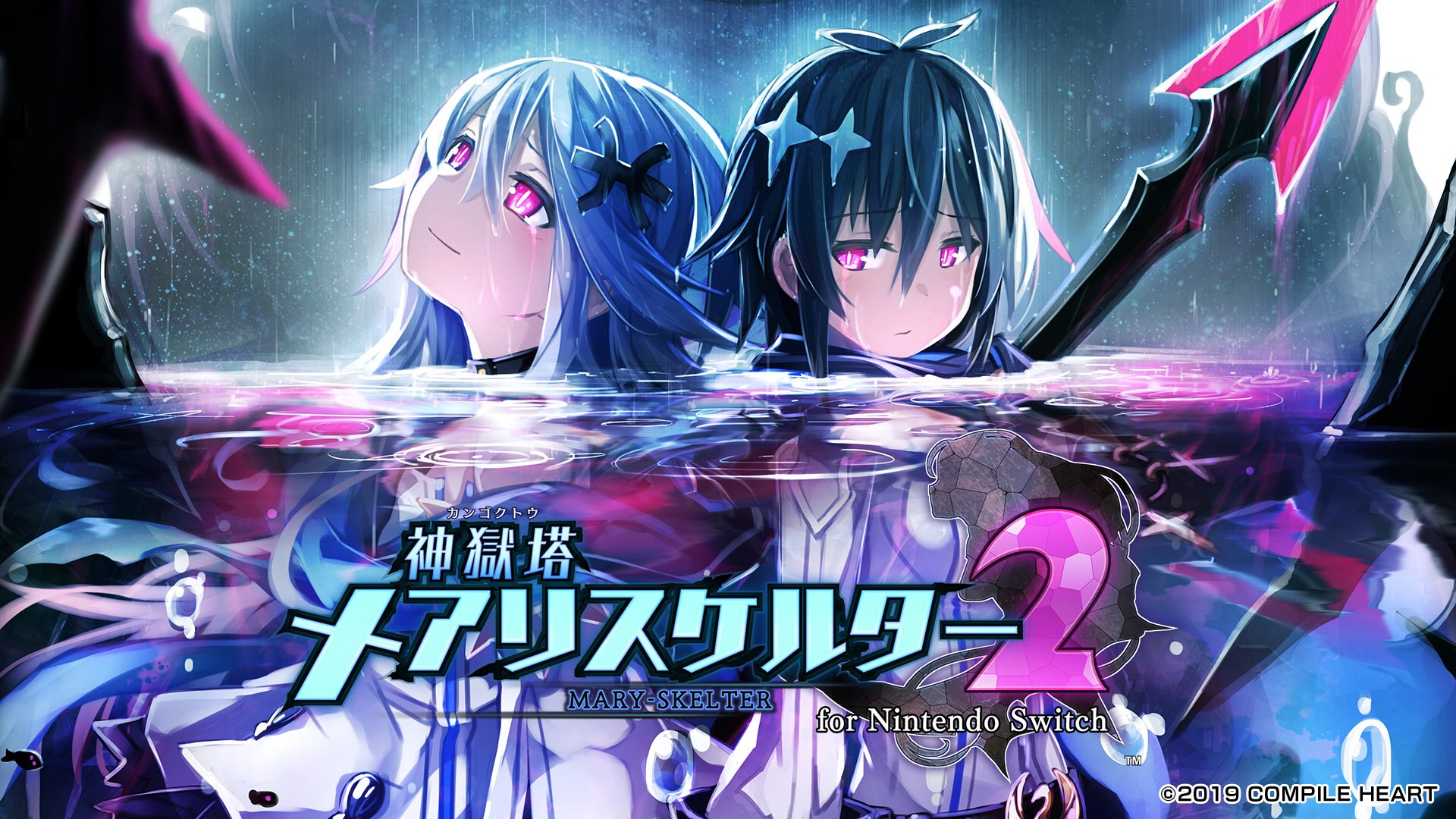 For those new to the series, Mary Skelter 2 is a 3D dungeon RPG released on the PS4 on June 28th, 2018 in Japan. Now publisher Compile Heart is giving fans what they’ve been asking for by bringing the game to the Nintendo Switch in Japan. The RPG’s port was announced this weekend at Dengeki’s Game Fes 2019 event and on the Compile Hearts Twitter page, understandably creating a ton of excitement:

This is great news for Eastern gaming and JRPG fans in the West, because the Nintendo Switch is completely region free. In laymen’s terms, you can play games from any country without issue. So no localization is needed this time around if you are looking to purchase the game from a worldwide retailer like PlayAsia.

In Mary Skelter 2, you have to purify the game’s many waifus.  You do this by cleaning the pink goo they’re covered in, as a result, making their bodysuit completely see through. There are fans that would love to see it come to the West on PS4 instead of the Switch but, that isn’t likely–either due to localization costs or new policy restrictions from Sony.

As some more history, Mary Skelter 2 is the sequel of the PS Vita game Mary Skelter: Nightmares. That takes place in a mysterious tower. While you’re in the tower you as the hero, accompanied by your team of blood maidens, have to make it through the dungeon that’s filled with nightmares. Use your blood maidens and the blood of your enemies to strengthen your skills, and win your battles at any cost. If you’ve never played the first game, but you want to check out the second when it releases. Dualshockers reviewed the first game, awarding it an 8.5 out of 10 on PlayStation Vita.

As mentioned above, Mary Skelter 2 is available now on PS4 and will be coming to Nintendo Switch soon — there is no further news on when (or if) the game will be localized for the West, so get your pre-orders in if you are looking to port the game from Japan.

The post Mary Skelter 2 is Coming to Nintendo Switch in Japan, Entirely Region-Free by Portia Lightfoot appeared first on DualShockers.