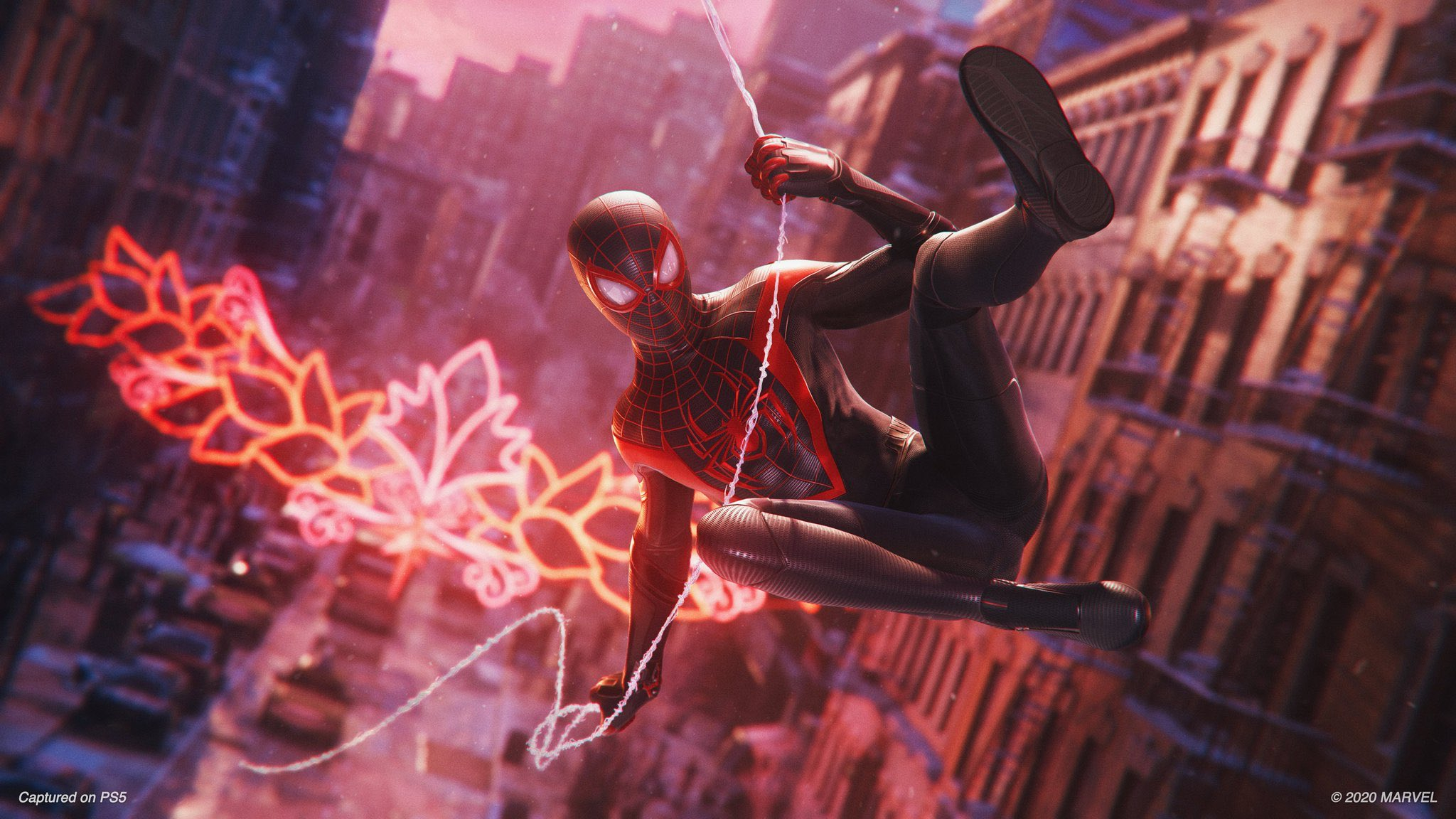 When I started playing through Marvel’s Spider-Man in 2018, I pretty much spent the first hour or two of the game almost entirely swinging through New York City. As a New Yorker now for five years, Insomniac’s recreation of New York City was by far one of the best interpretations of the city that I’ve seen in a game, which made it a thrill to swing through and see it (almost) perfectly brought to digital life. My partner especially loved watching the game in motion as she would ask me to swing to different parts of the city trying to find our favorite NYC landmarks, from Times Square, to Radio City Music Hall, The Met, and to the areas of the Village and SoHo.

For me, having such a detailed and near-perfect recreation of my home was one of my favorite parts of playing through the original game. With the release of Marvel’s Spider-Man: Miles Morales last week, that feeling that I had is almost intact, but not without a bit of longing nostalgia attached to it.

With the COVID-19 pandemic having begun to hit the US in the early parts of this year, like many other parts of the country, New York City especially felt the brunt of the pandemic’s effects this past spring. Almost overnight, the city went into lockdown to combat the virus, and along with it came a city that was a shadow of what it was in January and February. The bustling areas of midtown emptied out, famed live entertainment venues and theatres closed down (and still remain shuttered), and many businesses and long-time establishments of the city have barely been able to make it over the past several months; some gone forever. 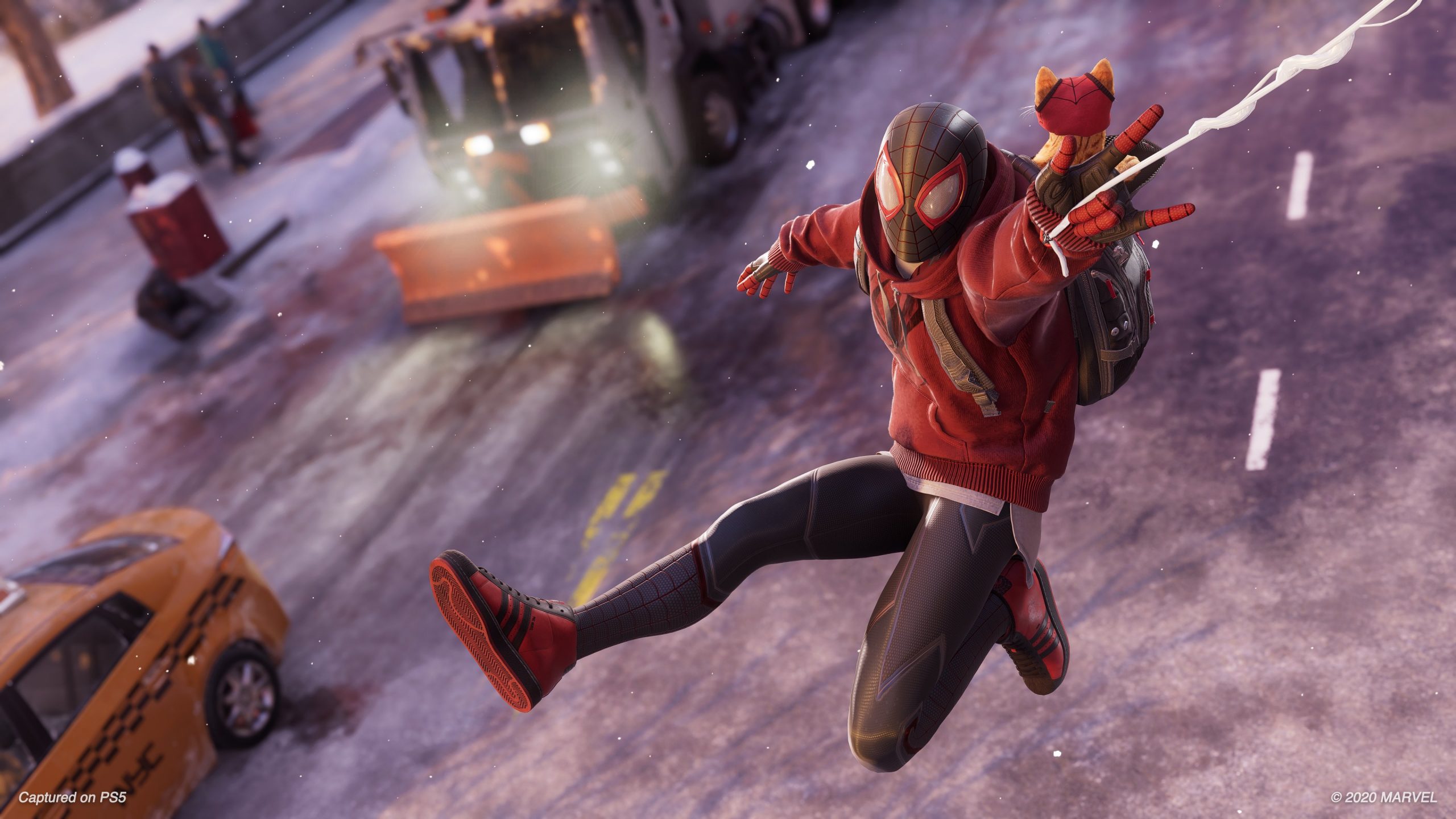 “While Miles Morales is set in New York City in the midst of the holiday season, it also shows a much different iteration of the city than we’ve seen during the last eight months.”

Initially, seeing the struggles that New York City has gone through over the last eight months felt bittersweet when I first started playing Miles Morales. On the one hand, it was a reminder of how vastly different the real NYC is right now compared to the joyous, celebratory version that the game depicts, free from the constraints of a pandemic that has drastically changed it. Going through Central Park or swinging by the Empire State Building was as much of a thrill as it was a reminder that I haven’t been in Manhattan for the last eight months, wondering even more what it looks like now compared to when I was last there in March. Even the game’s startup screen showing Miles on the subway–with phone in hand and headphones on–made me miss going on the subway again, a phrase I never would have considered uttering before now.

Back in April, Hard Drive shared an article titled “NYC Resident Plays Spider-Man Just to Remember What It Was Like to Walk Around.” Obviously, it’s a satirical article, but it was hard not to laugh while also feeling a twinge of pointed truth attached to it. And playing through Miles Morales and being able to see my favorite parts of the city only brought that truth forward even further by letting me explore the city I love in a time when, physically, it’s difficult to do that right now. This was especially the case after seeing the holiday season shown through Miles Morales. It made me miss the holiday traditions that I’d usually enjoy around this time, whether it’s seeing the Christmas tree at Rockefeller Center or exploring the Winter Village at Bryant Park. 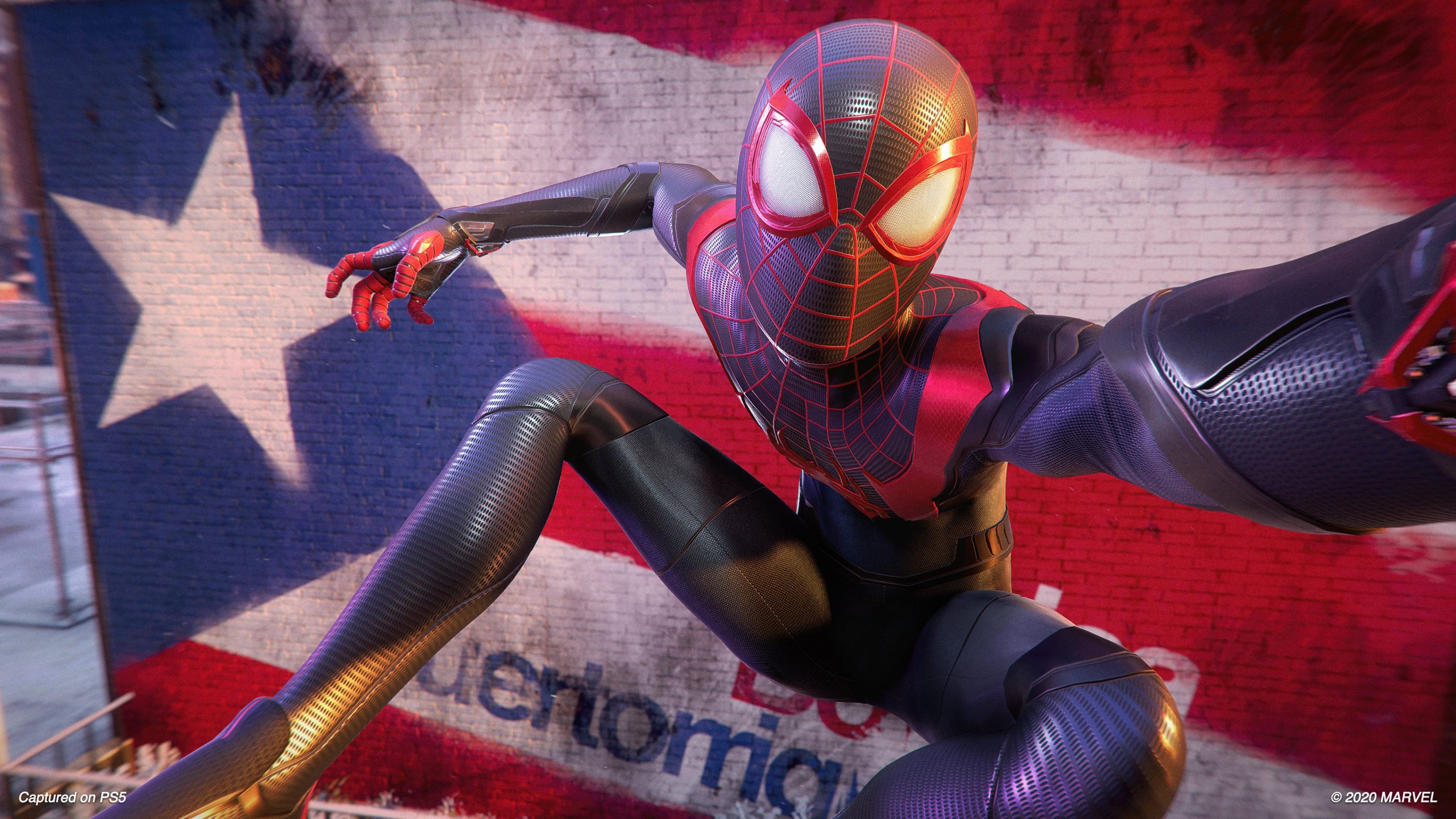 “Miles Morales is a reminder of what myself (and many others) hope NYC will come back to: a brighter future ahead.”

Though the New York that is in Miles Morales is in a very different place compared to where it is now, what hasn’t changed from Insomniac’s vision is its understanding of what makes New York City such a remarkable place. With much of the game taking place in Miles’ new home in Harlem, where I’ve been many times to see shows at the Apollo Theater, it was almost surreal to walk with Miles and Ganke through a crowded street festival full of dancing, food, and Puerto Rican flags. Even in the game’s smaller, more humorous moments, you can find authentically “New York” experiences, like when Miles encounters his (eventual) companion in a bodega cat.

You can pet the cat in Spider-Man: Miles Morales pic.twitter.com/2zZsZdI4DV

For me, playing through Marvel’s Spider-Man: Miles Morales was a stark contrast of what New York City was like before the pandemic changed it entirely. But more importantly, it’s an even greater reminder of everything that I love about the city; its character, its unique and diverse communities, and the experiences that you can only find here in NYC. Even in the midst of a very difficult eight months in the place that I call home, Miles Morales is a reminder of what myself (and many others) hope NYC will come back to: a brighter future ahead.