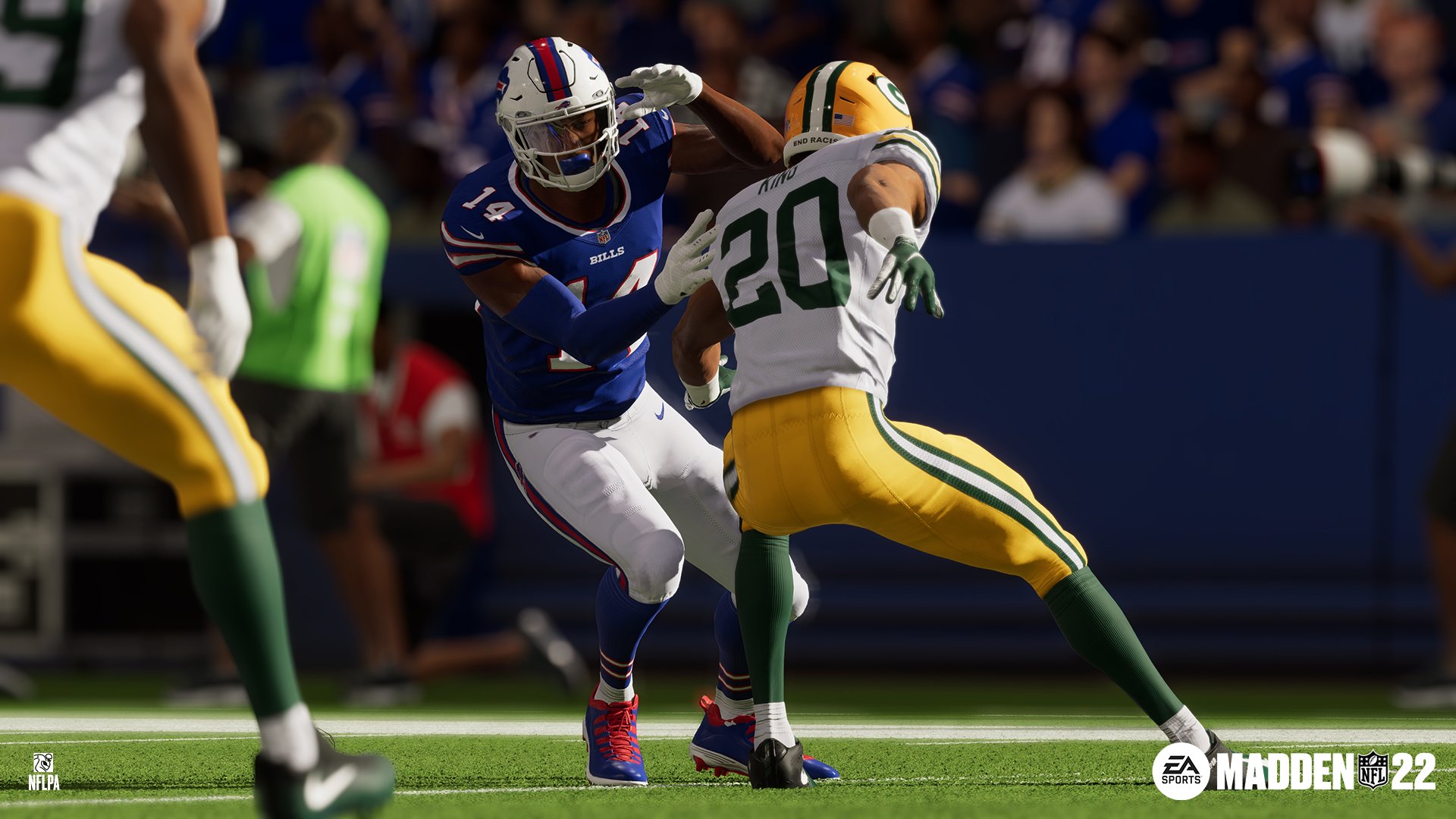 The NFL Week 2 is almost over with only one game remaining between Green Bay Packers and Detroit Lions. So, it’s time for predicting Madden‘s MUT 22 TOTW 2 players.

As expected from the NFL, the week was full of exciting moments and close games. From Tennessee Titans’ crazy comeback against Seattle Seahawks in overt time to Baltimore Ravens’ close victory against Kansas City Chiefs.

It is really hard to guess who could be the best player of this week, but when you look at the stats, you see some strong performances distinguishing themselves from the others.

QB of the Week: Tom Brady

Despite some great performances from Kyle Murray and Patrick Mahomes, who gained eye-catching yardage and a fair amount of touchdowns, you can’t ignore Tom Brady’s 5 Touchdowns in 276 yards passing.

For the second week, Tempa Bay Buccaneers secured a strong victory thanks to another good record in accounting for Touchdowns by Tom Brady.

If it wasn’t for Lamar’s two last great QB runs against Kansas City Chiefs, the tight victory could not be achieved. Ravens were down by 11 points before Jackson starts to show off his rushing abilities.

So yes! Chiefs @ Ravens had heroes on both sides. Although Chiefs were defeated, Tyrann Mathieu’s two great interceptions cannot be ignored, with the first one turning into a Touchdown for visitors.

Player of the Week: Derrick Henry

No doubt, Derrick Henry put on a show in his last game at Seattle against the Seahawks. Three consecutive Touchdowns from Derrick Henry turned a 9 to 24 loss into a 30-30 tie at the end of the second half.

His second Touchdown was earned from a 60-yard run which was simply amazing getting him to 182 yards at the end of the match. The most yardage among all RBs this week.

The post Madden’s MUT 22 TOTW 2 Predictions: Who Should Be POTW? by Mehrdad Khayyat appeared first on DualShockers.