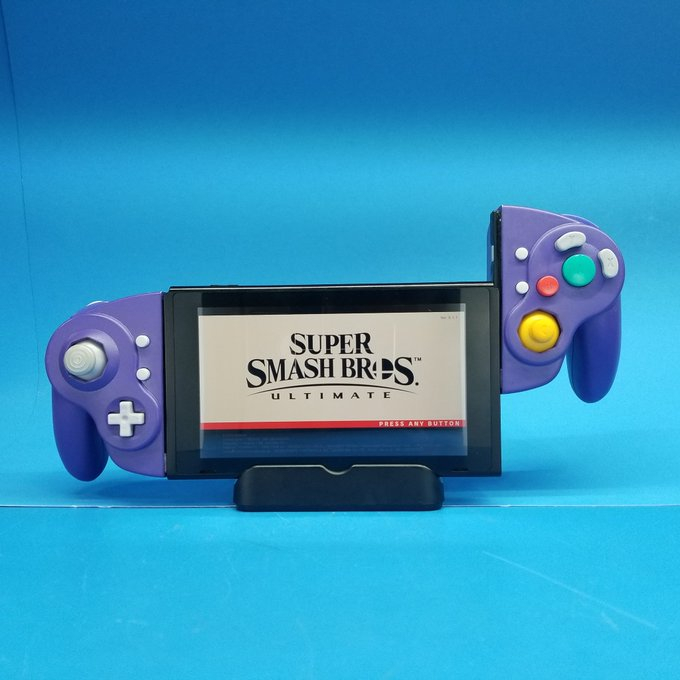 In news I literally never thought I’d see, Twitter user ShankMods has built working Nintendo Switch Joy-Cons out of a Gamecube controller. It’s Nintendo controller inception out here y’all. And honestly, it would be cool enough if these were just concept art; however, Shank has gone the Full Monty with this one. If for some reason, you don’t think the Joy-Con controllers aren’t uncomfortable enough, Shank’s Gamecube Joy-Cons actually work. C-Stick included! Give this beautiful monstrosity a look below.

I made the gamecube joycons we all wish existed. This isn't concept art, these are real and fully functional. pic.twitter.com/266tiYmzsG

All joking aside, this is an incredibly cool mod. Obviously, no one is taking these things to their next Smash tournament, but as a fun novelty, they’re awfully impressive. We see a ton of ingenuity in the DIY mod space, but this one takes the cake. I mean, on one hand, who in the world would want these? I suppose their aesthetically appealing and the fact their functioning is nifty. However, individual Joy-Con are so tiny and uncomfortable that I can’t imagine anyone thinking “let’s make these even harder to hold” and then going through with it.

On the other hand, these things rule. You wouldn’t catch me dead using them, but I would buy a pair just to slap on while my Switch is docked. And, while many of the best mods are about making the user experience better, sometimes it’s fun to have something that looks neat. Truly, is a life worth living if you don’t have cool-looking Nintendo Switch Joy-Cons? I would argue that it most certainly is not.

For now, ShankMods’ Gamecube Joy-Con is one of a kind. Though who knows? Maybe they’ll be taking orders soon. While you wait, Shank put up a few in-depth videos on their YouTube page. It dives much deeper into how they designed and built these beauties, while also providing more gameplay footage. It’s an informative watch and if unlike me, you know your way around the inside of a controller, it might give you an idea for how to do it yourself.