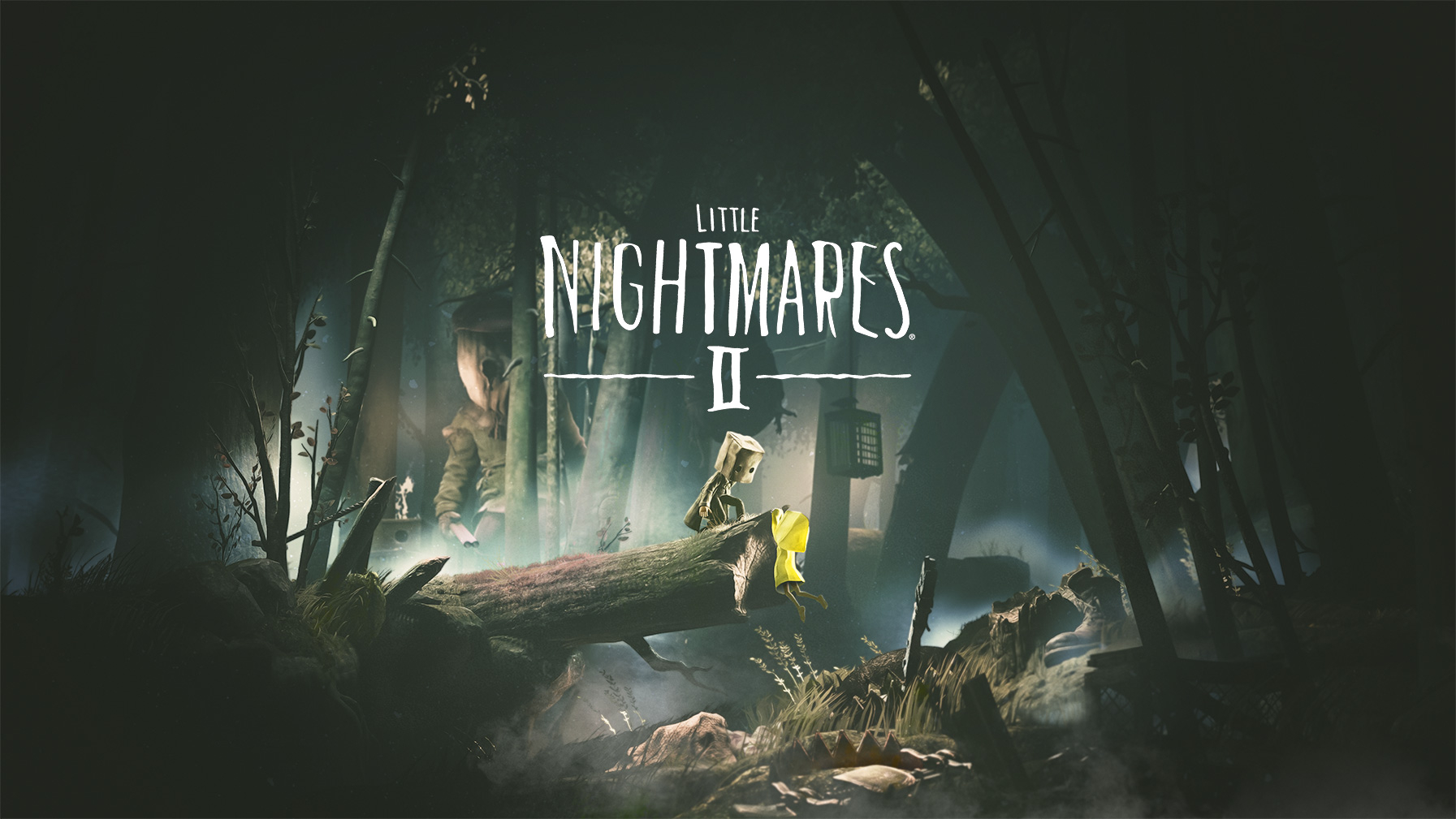 Back in 2017, Little Nightmares wowed with its tight, chilling blend of atmosphere and stealth platforming. Personally, I was most impressed by Tarsier Studios’ willingness to show restraint.  Instead of succumbing to the cheap thrill of a jump scare, it made the player feel on edge with tense, hair-raising moments. After an era of horror games dominated by the denizens of Freddy Fazbear’s Pizza, Little Nightmares, along with other horror games, helped usher in a new age of fear. The original wasn’t perfect, though. Unlike its fully 2D counterparts from Playdead Studios, Inside and Limbo, it was 2.5D. Much like its protagonist, Little Nightmares stumbled over its extra half-dimension and often felt repetitive.

Little Nightmares 2 takes a bigger scope, opting out of being locked to a single location. After playing the first two (ish) hours, it became clear to me that this was the right choice for a sequel. The player starts in a lush forest and immediately feels hunted. In between tense moments and encounters with the area’s ‘boss,’ it felt almost beautiful.

The environment reminded me of the backdrop for a Metroid game, actually. Toxic-looking piles of sludge lie off to the side, just barely visible. Shadows obscure a broken noose lingering underneath a ridge. So much is there, but so little is outright given to the player who rushes through. 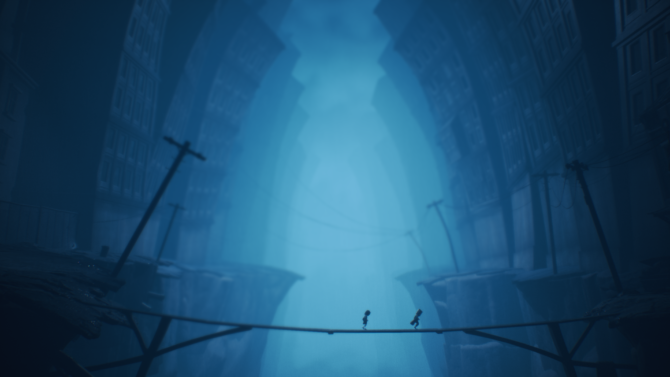 That’s thanks in part to the game’s much more lively and influential soundtrack. The original certainly had a good soundtrack that served to make the game itself better. It was, however, very understated.

The soundtrack in Little Nightmares 2 is far more prominent. There are even moments when the player needs to rely on musical cues to progress. The rest of the game tends to fall in line with its more exaggerated soundtrack, meaning bolder cinematic moments and more bombastic gameplay. From almost the beginning, the player is working with or trying to save Six, the protagonist from the first game, who, in turn, offers a hand when needed. This results in some Last of Us-style moments where one character gives the other a boost up onto a taller platform. This extra help generally allows the game to convey a sense of empowerment.

I was most impressed by Tarsier Studios’ willingness to show restraint.

You can feel it in the music, the cinematics, and even just the gameplay. It opens up new avenues for puzzle-solving that offer a mildly different, but refreshing take on the original’s puzzle-platforming formula.

That said, for every few moments where Six does the right thing, there’s one where she’ll kill you. Not intentionally, not for the purpose of the game, just because you’re in her way or she’s in yours. However, It’s not a deal-breaker by any means. Having an on-again-off-again companion at your side is one of the best parts of this game. It allows for empowerment, motivation, and a sense of loss whenever she leaves or eventually re-appears. I’m just glad this isn’t the final version of Six’s AI. 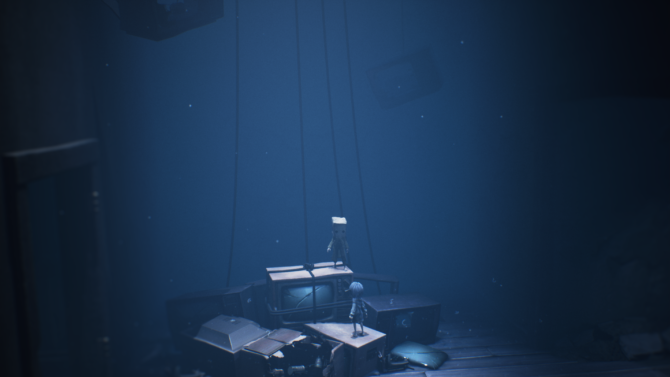 As far as preview builds go, it honestly felt like a finished product. Six’s generally okay AI and, occasional collision issues aside, the first two chapters of the game were buttery smooth and played like a dream. Hot off the first Little Nightmares, it was immediately clear that its sequel was full of small improvements to the formula.

The biggest change is the addition of weapon-like items. Sticks, soup ladles, and hammers twice the size of either character are conveniently placed throughout the first two levels of Little Nightmares 2. Even the way that Mono drags his weapon at his side makes it feel powerful. This new feature allows for moments that just couldn’t happen in the last entry. There are frantic moments where enemies will attack from all directions and the player only has one chance to swing their weapon or die. 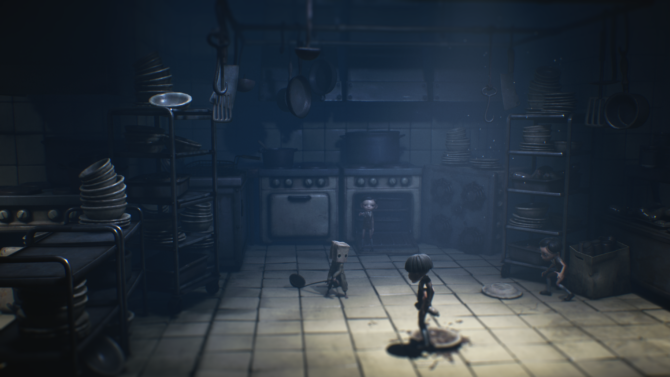 Because there are more moments where the player could die – either from traps, enemies, or just a generally more dangerous world – Little Nightmares 2 features much more forgiving checkpoints. While that has a chance to cheapen its ability to build tension and fear, it didn’t feel that way in my preview.

Little Nightmares 2 offers a bombastic setup and introduction that has the promise to top its predecessor.

The jump from Little Nightmares to Little Nightmares 2 almost reminds me of how people describe the Resident Evil franchise. The first game is comparable to the first three games; limited in scope, but tighter and scarier in return, with an environment that’s much more decidedly horror than action. 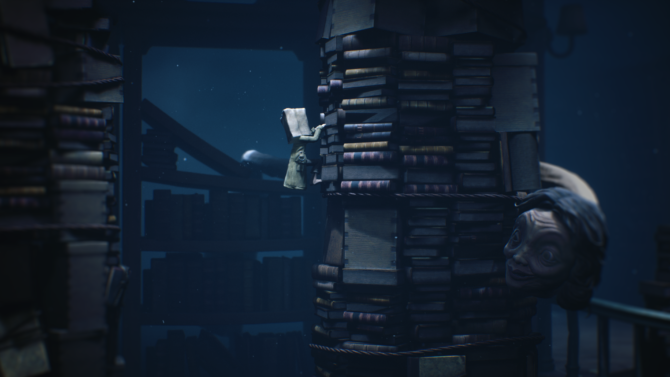 Little Nightmares 2, on the other hand, reminds me of Resident Evil 4. It opens up to new environments, has a brighter palette, and is generally a bit weirder. It focuses on more cinematic action. Reloading Leon’s pistol in Resident Evil 4 is almost directly parallel to attacking with one of Mono’s two-handed weapons. The tension in the time between starting the animation and being able to swing again is as scary as being hunted, but it’s even more exhilarating.

It certainly began to veer back into more traditional horror towards the end of my demo. However, I could certainly see it leaning too far into action and end up looking like Resident Evil 5. That said, I hope it’s able to stick that balance between action and horror that Resident Evil 4 nailed so well.

Little Nightmares 2 offers a bombastic setup and introduction that has the promise to top its predecessor. If its granular issues are taken out before the game goes gold, there’s no doubt in my mind that it will absolutely reign supreme.