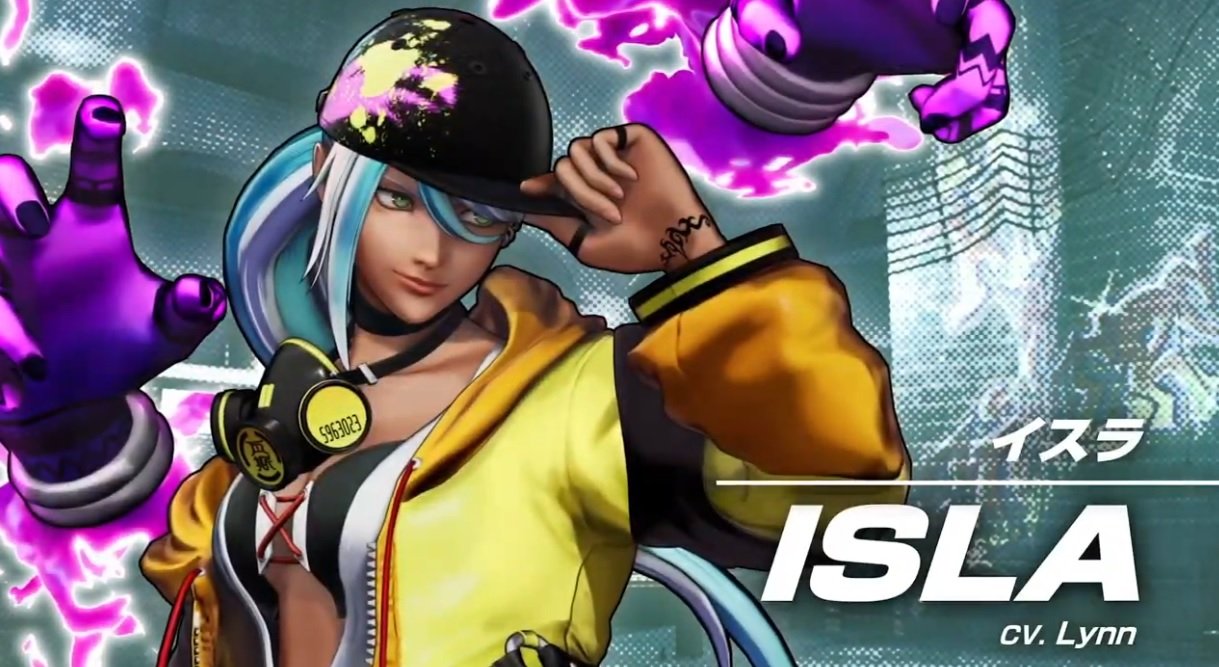 SNK revealed the real name of the Splatoon girl in KOF XV – Isla – also confirming she’s Shun’ei’s rival and an important character in the story – we got to see her trailer, and some gameplay too thanks to Hamejun.

SNK partnered with Fighting Game Café Hamejun to hold a special TGS 2021 pre-recorded steam. Hamejun is a YouTube show on Fighting games, featuring Jun of the popular group Golden Bomber. You might have heard their song Memeshikute, which propelled Golden Bomber into stardom back in 2009, as the song became a huge meme.

Fighting Game Café Hamejun regularly features famous fighting game players sharing stories of their past. It’s an incredible show, and with English subtitles. It’s the type of stuff you should definitely watch even if you don’t usually watch or play fighting games.

That’s all, you can find the trailer for Isla at around 12:25 minutes in the stream, which is still ongoing as I’m writing this, so the timestamp might be slightly off. Isla got a banging theme song, and she’s voiced by Lynn. Near the end of the stream, several KOF players did some matches too.

Plus, a netcode update for KOF 98 on Steam was announced by SNK. The game will get Rollback Netcode “this Winter”. Furthermore, KOF XV was also confirmed to use Rollback Netcode.

The King of Fighters XV will be launching on PS4, PS5, Xbox One, Xbox Series X/S, and PC on February 17, 2022. Pre-orders are open. If you need someone to discuss story elements in KOF, you can also always reach me on Twitter @A_iyane07, to chat about SNK games. Or even the Iori fantasy isekai novel if you’re reading it too. You can read our explanation of Isekai and the Narou genre here